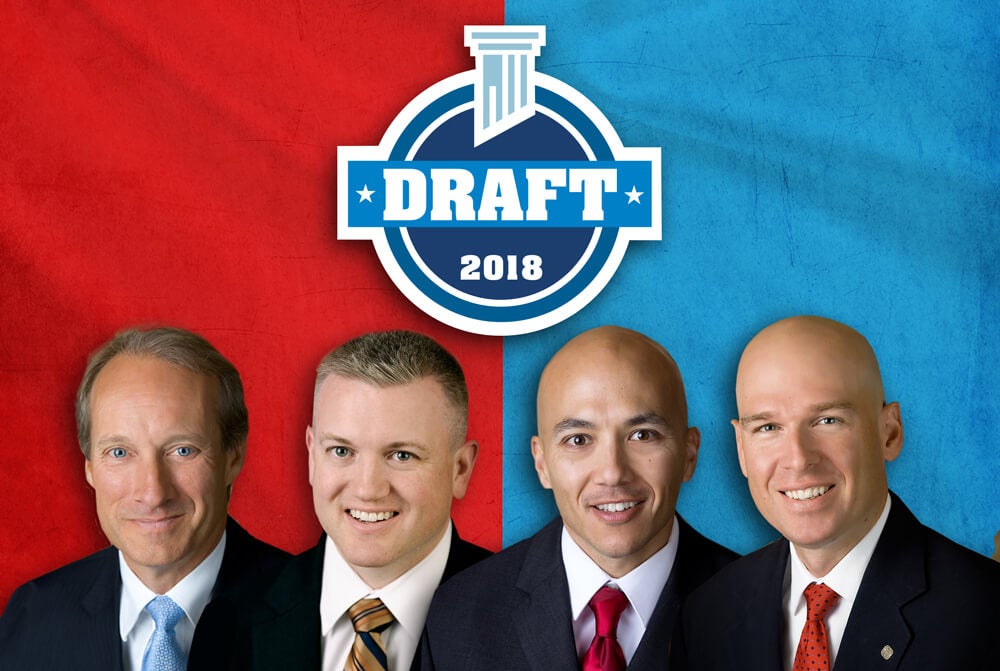 With the NFL Draft just a week away, First Liberty attorneys name their #1 overall top cases for those who fight to live out their faith in football.

Beginning April 26, just down the road in Arlington, Texas, the NFL will conduct its annual draft. Each of the league’s 32 teams will choose from among the nation’s elite collegiate athletes to help lead them to a Super Bowl victory.

Actually, it’s a lot like what our attorneys here at First Liberty do. Only instead of reaching the Super Bowl, at least 6 of our clients hope we will lead them to victory at the Supreme Court.

With that in mind, Liberty Watch asked our attorneys to name their top “football” picks for 2018. Those cases and clients who require tenacity, courageousness and the ability to endure, fight and take a stand for religious liberty. 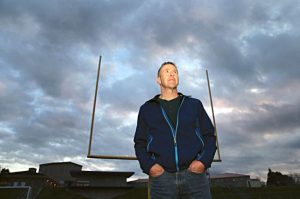 For a number of years, Coach Kennedy’s case has been litigated in the highest judicial leagues. Earlier this year, the U.S. Court of Appeals for the Ninth Circuit refused to hear Coach Kennedy’s case en banc. This refusal upheld an extreme and far-reaching opinion issued by a three-judge panel of the Ninth Circuit, in which the court ruled that Kennedy was not entitled to First Amendment protection as a public employee.

The stakes on Coach Kennedy’s case could not be any higher. Berry discusses the implications this crucial case could have on public employees across the country: “If the Ninth Circuit’s decision is allowed to stand, Jewish teachers can be fired for wearing a yarmulke in sight of students, Catholic teachers are at risk if they wear a crucifix, and Muslim teachers may face discrimination for wearing a hijab to work.”

And because the Ninth Circuit has refused to restore Coach Kennedy’s right to religious freedom, First Liberty is preparing to bring it’s “A-Game” by appealing the case to the highest judicial league of all: The Supreme Court of the United States. 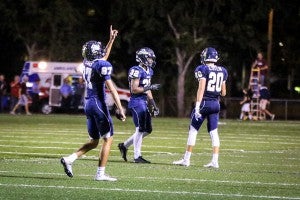 First Liberty has been representing this faith-based high school for several years, after it was prevented from praying through the loudspeaker at a state championship football game.

But because of First Liberty’s intervention, Cambridge Christian School has been able to take its case to the next level, from the state championship in Florida and up to one step below the Supreme Court of the United States. In October 2017, First Liberty attorneys submitted a brief to the U.S. Court of Appeals for the Eleventh Circuit asking the court to recognize the First Amendment rights of the students and school staff.

Dys comments on the prospects of a favorable ruling for the school, stating: “We are confident that the Eleventh Circuit will recognize this for what it is: an assault on the First Amendment, particularly the students’ and teachers’ rights to free speech and the free exercise of religion.” 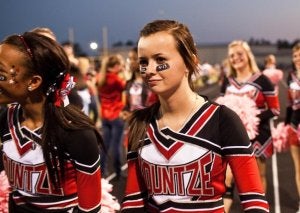 After years of intense legal battles that included numerous hearings, long days of depositions, and a petition to the Texas Supreme Court, First Liberty secured a resounding victory. A Texas appeals court ruled in favor of the Kountze cheerleaders, reaffirming their rights to religious freedom and to display religious messages in run-through banners during high school football games.

But the Kountze Independent School District insists on dragging the cheerleaders back to court. Earlier in 2018, the Kountze ISD filed another appeal to the Texas Supreme Court.

Sasser comments on the track record of victories on this case, noting that the various prior rulings in favor of the cheerleaders will likely position this case for another victory.

“With the overall #4 pick in the 2018 First Liberty Draft…CEO and President Kelly Shackelford selects: the Crimson Tide from Tuscaloosa, Alabama.” 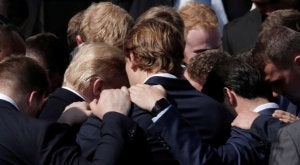 To many of you, this might be a surprising pick, as the Alabama Crimson Tide is not a client of First Liberty Institute.

But recently, players from the University of Alabama football team visited the White House and prayed publicly for President Donald Trump. But this time, we did not hear any uproar or threats of lawsuits from radical atheist or humanist opponents.

Similarly, Sister Jean – the team chaplain to Chicago’s Loyola University Ramblers – also prayed publicly for the collegiate basketball team during this year’s March Madness. And yet, there was no uproar about a prayer in public from religious freedom opponents.

Are extremist opponents only targeting public religious expression at high school athletic events? Are they afraid of a public backlash if they were to do the same with collegiate or professional sports?

It is alarming when radical groups intimidate and harass students, coaches, and teachers in our nation’s schools for praying in the same way as college athletes and faculty regularly do.

That’s why First Liberty continues to stand up and protect religious liberty in our nation’s schools. We’ll continue to be their best defensive line.

Graduation season is upon us and fall football will soon be right around the corner. That means radical groups will once again be looking for ways to suppress religious expression in our nation’s schools.

Contact First Liberty for immediate help if your religious speech has been censored.

Liberty Watch news is brought to you by First Liberty’s team of writers and legal experts.