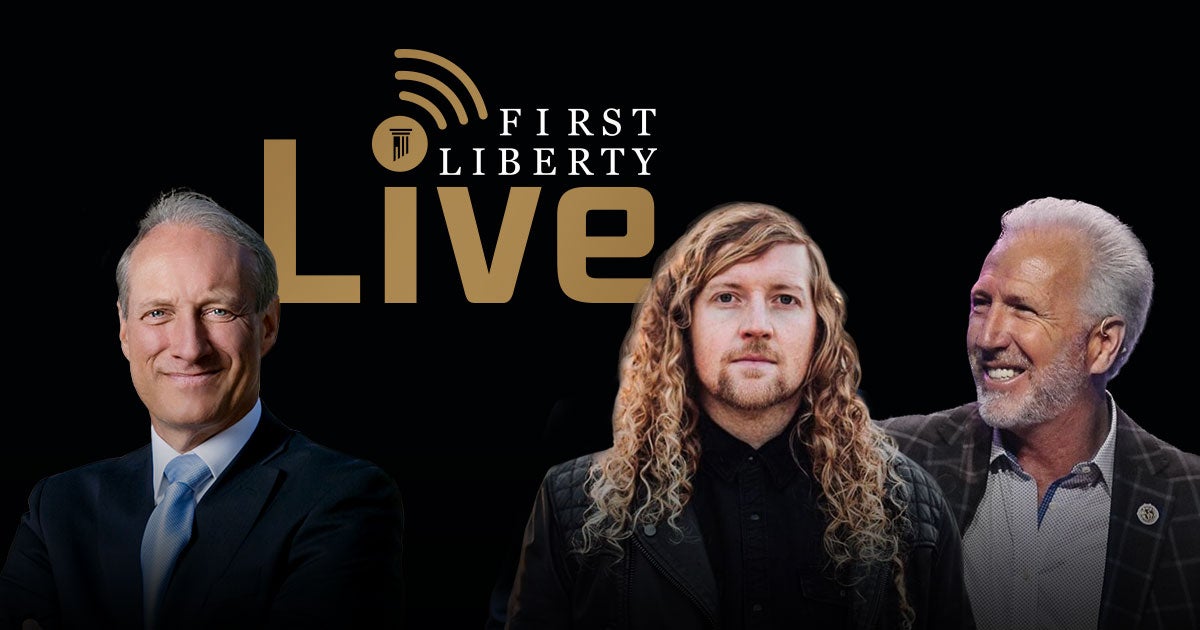 This is an outrageous abuse of power, considering the Constitution does NOT give government authority to tell churches and people of faith if they can or can’t sing. In fact, the First Amendment’s original intent is to prevent government from sticking its nose in the church’s business—especially how it conducts or carries out worship.

What’s more shocking is that while encouraging and showing support for protests statewide, Governor Newsom discriminated against people of faith, forcing them to shut down their services and even silencing their voices.

But not for long. The Church has left the building!

Over the last several weeks, we’ve seen thousands of people faith gather in San Francisco at the Golden Gate Bridge, in Huntington Beach, Los Angeles, San Diego and Bakersfield for what seems like the beginning of a nationwide revival, a movement called Let Us Worship.

Led by worship pastor Sean Feucht , this movement has swept across the state of California and continues to reach across the country to Washington DC and even New York. In the midst of social unrest, strife and religious hostility at the behest of government officials, Feucht knows that the Church cannot—and will not—be silent.

Feucht is not alone in the fight to preserve religious freedom in California. In addition to the thousands who are joining the Let Us Worship movement, Pastor Fairrington of Destiny Christian Church in Rocklin recently held religious services despite the governor’s ban. Understanding that in this critical moment the church must fight for its constitutional freedoms, Pastor Fairrington said:

“Never before in our history has the government shut the church down…If you read history, once the government takes rights away, they are never given back, and so I believe this is a moment we have to take a stand as a church.”

Like thousands of churches across the country, Destiny hosted its Sunday services while taking safety precautions, including having attendees inside and outside of its building, occupying less than 25% of the facility, providing masks and complying with CDC social distancing guidelines. Like their namesake, the church believes it is its Destiny to fight for the right to worship freely, and to take a stand against a governor who continues to disregard the Constitution.

In our most recent episode of FLI Live!, we spoke at length about these issues with Feucht and Pastor Fairrington. Together with First Liberty’s Kelly Shackelford, the two prominent faith leaders took a deeper look at the current religious freedom crisis, how it’s harming churches and religious organizations all over the nation and what we must do to stop it. In case you missed it, the broadcast is available below:

In a similar case to that of Destiny Church, Pastor Che Ahn of Harvest Rock Church in Pasadena also chose to continue holding indoor services, and right now he and his church are fighting in federal court to challenge the governor’s discriminatory restrictions on churches. In a recent message, Pastor Ahn bravely addressed the governor, stating:

He’s right. The Church always has been and always will be essential. The Constitution recognizes this, and President Trump himself recently made it clear that houses of worship are essential in America.

California’s ban on singing and worship in church is unconstitutional, plain and simple. Governor Newsom needs to recognize that there’s no pandemic exception to the Constitution. The First Amendment unequivocally protects the right of all Americans to live out their faith without the government telling them how and where to do it.

Now, more than ever, we need to go All In together to stop to the All-Out assault on America’s First Freedom. Will YOU join First Liberty in this critical fight?

Thanks to your donations, First Liberty’s team of experts can continue hosting exclusive conversations with America’s top thought leaders, as well as providing timely analysis on the latest religious liberty hostility issues, the COVID-19 pandemic and the ongoing constitutional crisis.