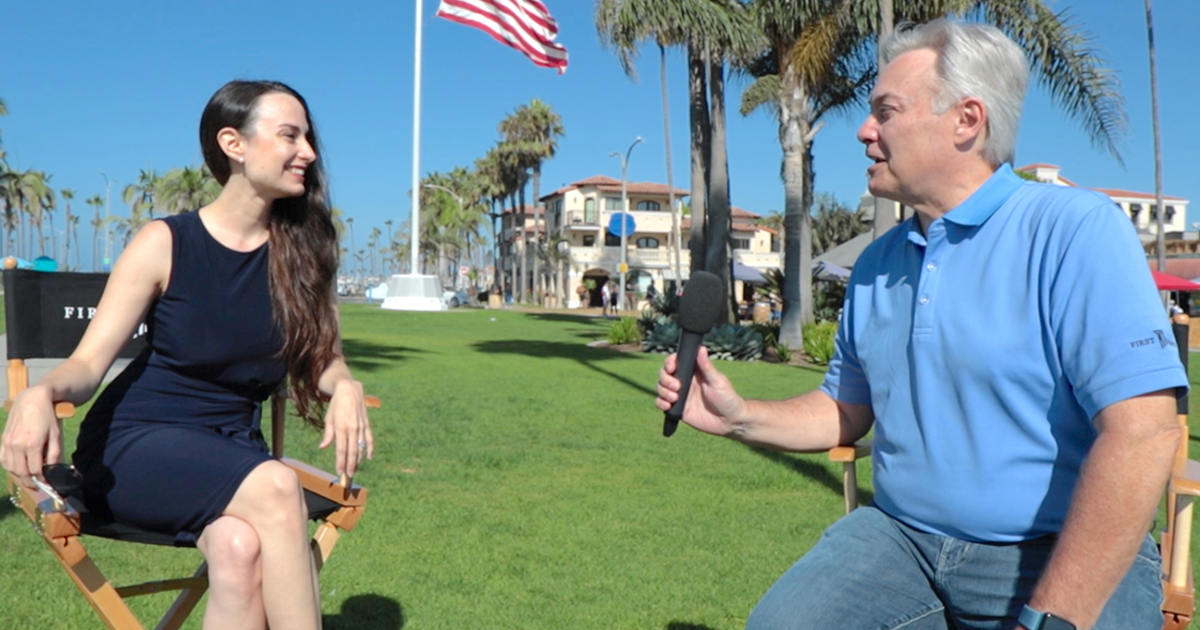 Just a few short weeks ago, the FLI LIVE! team embarked on a truly ambitious assignment: to take our show on the road (literally!) in our very own custom mobile studio and head to California in order to capture the best frontline stories of people of faith who are in crisis all across the Golden State.

The first stop on our tour landed us directly on the front steps of the state capitol in Sacramento, where we joined “Let Us Worship” leader Sean Feucht, plus an estimated 12,000 local worshippers, for an evening prayer and worship event.

As we walked and talked with hundreds of people that evening, one particularly poignant comment stuck with us: worship has always been protest. We’ll be sure to unpack that theme more in our exclusive upcoming video series, since (as the saying goes) it’s always better to “show” not “tell”.

Little did we know at the time, but that initial Sacramento event, which was held in stifling 111-degree heat, set the tone for our entire two-week tour. Like our following stops in San Francisco, Santa Cruz, Los Angeles and San Diego to name just a few– the whole essence of our experience can be summed in these three key words: hot, intense and uncomfortable.

(NOTE: That’s not including the dense, smoke-filled skies due to the Bobcat fires, or the 4.5 earthquake that rattled our beds shortly before the announcement of the passing of Justice Ruth Bader Ginsburg on the local news channel).

In short, Cali delivered everything she promised us – and more!

Witness to History: What We Saw & Heard

From the moment we arrived on Saturday, Sept. 6, we saw a state in crisis and people in pain. Downtown businesses closed their doors and covered their windows with plywood to protect against the riots and looting; social justice slogans and graffiti were freshly scrawled just about everywhere you would expect, and some places you would never.

We heard from Christians who are deeply concerned that once government officials are allowed to shut down church services for a pandemic, they may never relinquish that power. And worse, that these local officials may continue to try to keep churches locked down for other, more troubling reasons.

On the drive to San Francisco, including filming our promos at the Golden Gate Bridge, wildfires filled the air with dense smoke that filtered the sunlight into an eerie amber glow. In Los Angeles, on our way to filming a new PragerU video featuring our President and CEO, Kelly Shackelford, we saw multi-million-dollar mansions overlooking the Pacific, while nearby, people were living in filthy tents and general squalor under a pier.

Along our route, we heard from many confused and angry Christians who don’t understand why they can go to a home improvement store or a discount store with hundreds of other people, but at the same time, are being denied the right by the state to gather at their church to worship.

We didn’t just “cover the news”, we were right in the epicenter, too, as FLI sent a letter in response to California officials’ attempt to ban Jewish family and extended family gatherings in their own homes to celebrate the Jewish New Year. Remarkably, we interviewed a local Rabbi in his home, who shared (and showed) with us his plans to defy that order in real time.

Finally, we saw several familiar faces, and made a lot of new friends, too. More than a few supporters made it a point to visit with us and express their appreciation for First Liberty, and urged us to continue our effort to firmly and diligently push back against government overreach during these tumultuous times.

All of these stories and more will debut in early October on our new FLI Live! channel. Please subscribe to our channel today so we can alert you to each new episode as it’s released. And, stay-tuned for more, as our team will continue bringing you even more essential stories straight from the frontlines.