Can Trump “Flip” the Circuit Courts? He’s Closer Than You Think 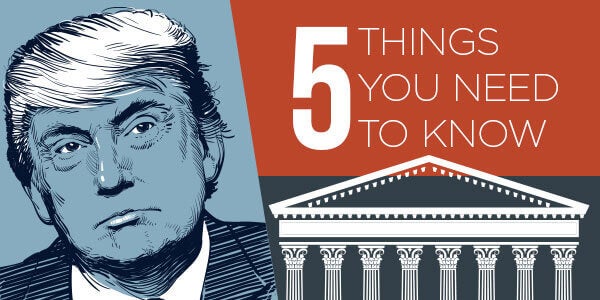 Though this year is just getting started, we’re already seeing why it’s going to be one for the history books – especially when it comes to religious liberty.

For one, Congress is back in session, and that means that you’ll want to keep an eye on what’s happening in Washington, D.C. And if you’re a person of faith, you’ll be particularly interested to see if the U.S. Senate will get its gears grinding and keep up the momentum on judicial nominations.

Right now, there are over 140 judicial vacancies that need to be filled, and needless to say, Senate Republicans have their work cut out for them.

And because judges have such profound influence in the way you and millions of Americans live out your faith, we’d like to let you in on a little secret about judicial nominations.

Here’s some “inside baseball” you’re not going to get anywhere else.

If you’re an avid First Liberty insider, you know by now that President Donald Trump has had an outstanding record in appointing excellent, originalist judges to our nation’s federal judiciary. And the record pace of confirmations in his first two years in office has indeed had an impact in the make-up of several federal appeals courts.

But what you may not know is that President Trump’s nominees could lead to a truly dramatic shift in the federal judiciary.

In recent years, there have been a few Circuits that have been considered “white whales” in the judicial nomination process, in particular for Republican presidents, who are known for putting forward more conservative and textualist nominees to replace exiting judges.

Of course, you have to keep in mind that the party affiliation of a judge’s appointing president is not a perfect measure of how they’ll rule on cases. Nonetheless, it does offer us a significant indication of where they stand on certain Constitutional rights – especially religious freedom.

All that to say, President Trump and Senate Republicans have an opportunity in front of them that may not present itself again. Right now, they have a chance at “flipping” the make-up of the federal courts – which could mean having a majority of originalist judges seated in many of these “white whale” circuits.

And achieving that is no longer a lofty goal. It is a real possibility if the President and the Senate can push through – like they’ve done before – and get a record number of nominees confirmed this year.

Below, we’re giving you an exclusive look and a breakdown of the nomination landscape in several circuits, and what it may take to “flip” them: