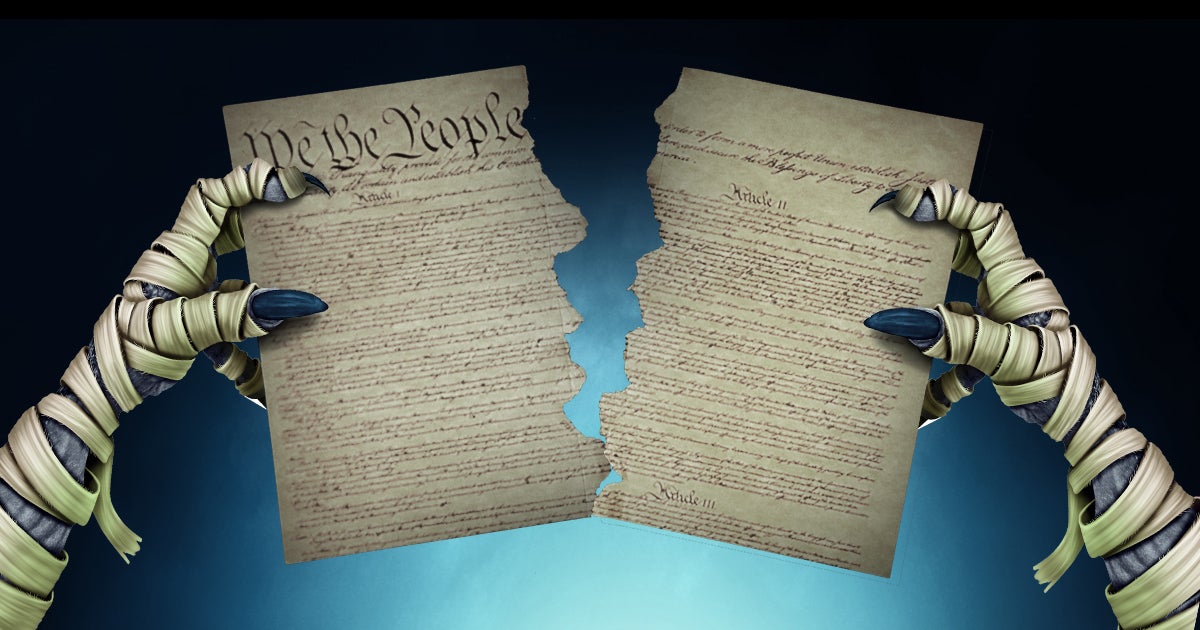 Near the end of October, Americans prepare for a somewhat strange but increasingly popular cultural tradition of celebrating Halloween. Last year, Americans spent an estimated $9 billion on the holiday.

In my own neighborhood, several houses have been decorated for weeks and to a much more elaborate degree than they do during the Christmas season. A detailed history of the tradition isn’t necessary to arrive at the general conclusion that by confronting—even celebrating—that which we fear, we can diminish the power our fears have over us.

We may need the same approach for free speech. A recent poll reveals a frightening downward trend in support for First Amendment freedoms due to the perceived impact of “hate speech.” Allowing speech or ideas we deem abhorrent into the marketplace of ideas and our national conversation is an understandably scary prospect. Yet, this is a fear we as a people must overcome.

The poll conducted by the Campaign for Free Speech reveals a majority of Americans believe the First Amendment should be rewritten to “reflect the cultural norms of today.” Nearly 60 percent of Millennials believe the Constitution “goes too far in allowing hate speech in America.” Forty-eight percent of Generation X and forty-seven percent of Baby Boomers agreed. A majority of Millennials also said hate speech should be a crime, with more than half of those saying it should carry jail time.

A crucial follow-up question for those who are willing to outlaw “hate speech” is who gets to decide what qualifies as hateful enough to be illegal? The cultural norms of today might be easy enough to identify, but what happens when the cultural norms of tomorrow no longer include your beliefs as worthy of Constitutional protection?

The answer is found daily in the object lesson of millions of Americans, including all of our clients at First Liberty Institute, holding fast to values and teachings of their faith despite the fact some of their deeply held convictions are at odds with cultural orthodoxy. From the Orthodox Jewish residents of Airmont, New York, whose own government is denying their right to worship freely; to Washington state high school football coach Joe Kennedy, who lost his job for exercising his faith in public; to Ken Hauge, a former pastor faced with eviction from his senior living facility for hosting a Bible study, many Americans face the frightening reality of losing their home or livelihood for expressing ideas with which their community finds distasteful.

If we value freedom for ourselves we must be willing to protect it for everyone, including those, perhaps especially for those, who employ that freedom in ways we find distasteful to the point of being dangerous to our preferred notions of civil society.

Thomas Jefferson famously declared, “I would rather be exposed to the inconveniences attending too much liberty than those attending too small a degree of it.”

Jefferson’s compatriots who wrote the First Amendment to our Constitution did not have to reach far back in memory to recall a time when they faced execution for speaking and publishing words and ideas they believed to be self-evident truth but were deemed revolutionary by some and treasonous by others. One of those revolutionary ideas was that government exists to protect the God-given rights of the people.

If Americans are to continue living in ordered liberty, securing its blessings for ourselves and our prosperity we must once and for all rid ourselves of the notion that government should protect us from speech or ideas. Censorship is not the answer to speech we find hateful or wrong. The answer is to confront what is wrong with what is right and to borrow from Shakespeare, “The truth will out.”

In a nation as large and diverse as our own, with people from all over the world of varying cultural, religious, and ethnic backgrounds, there will inevitably be conflicting ideas. What sets America apart from the rest of the world is our willingness to accept and embrace an open-ended debate based on shared ideals of freedom of thought, speech and religion.

Living in a free civil society isn’t always easy or comfortable and frankly, it isn’t always civil, but the price of admission into a free society is the respect and defense of freedom for all. Cultural norms come and go but once freedom is gone it rarely returns. We must defend the First Amendment or it will eventually be incapable of defending us.

*This article was originally published on Inside Sources on October 30, 2019.