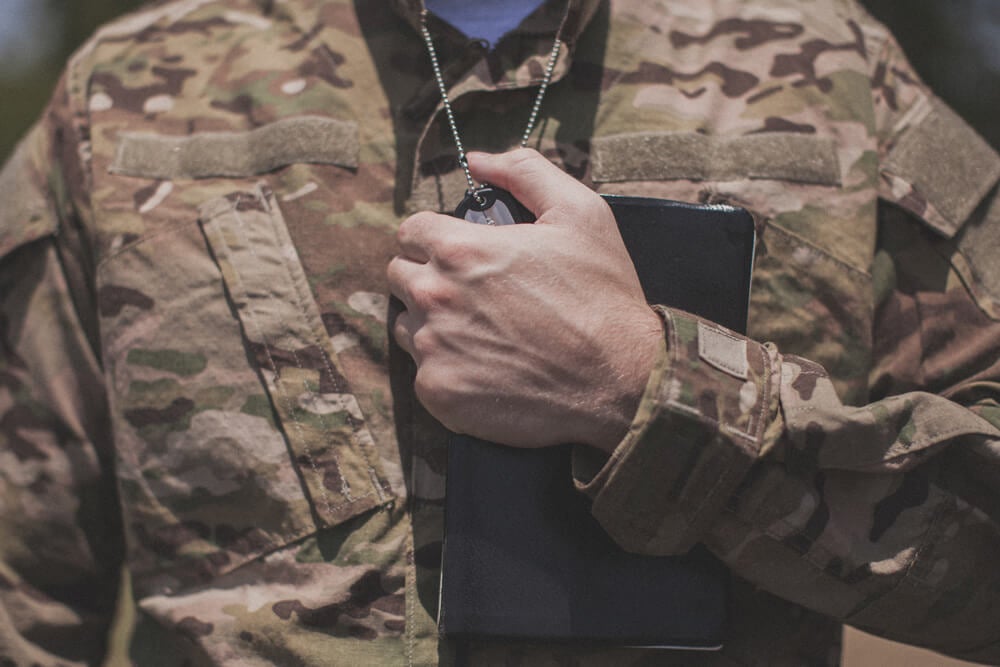 On Tuesday, First Liberty Institute sent a letter to the commander of New Hampshire’s Pease Air National Guard Base, advising him that federal law, military regulations, and the Constitution all allow prayer and Bible readings by chaplains at military events.

First Liberty’s letter—signed by Senior Counsel Mike Berry, Director of First Liberty’s Military Affairs Division—was in response to a February 6 demand by the Freedom From Religion Foundation (FFRF) that the base commander ban invocations at military events.

The FFRF sends out scare letters across the country but rarely carries through on its threats. The group’s website says, “With more than 27,000 members, the nonprofit FFRF works as an effective state/church watchdog and voice for freethought (atheism, agnosticism, skepticism).”

The Chaplain Alliance for Religious Liberty, an organization of chaplain endorsers that speaks for nearly half of all chaplains in the military, asked First Liberty Institute to advise the Air Force base on the constitutionality of the chaplains’ prayers in light of FFRF’s actions.

WHAT DOES THE LAW SAY?

“The Constitution, federal law, and Department of Defense regulations all support your practice of permitting uniformed chaplains to offer invocations at command functions,” says First Liberty’s advisory letter to the commanding base officer. “Moreover, those legal authorities actually forbid military commanders from censoring or prohibiting such invocations.”

“It is perfectly constitutional for military chaplains to offer prayers and Bible readings during ceremonies,” wrote Berry, a former Marine Corps judge advocate that has taught law at the U.S. Naval Academy.

“Military chaplains exist to ensure all service members have the right to free exercise of their religion,” Chaplain (Colonel) Ron Crews, U.S. Army (Retired), Executive Director for the Chaplain Alliance for Religious Liberty, says. He added:

“The prayers and Bible readings they offer at Pease Air National Guard Base are one of many ways they faithfully discharge that duty. Their faithful service should be respected, not attacked.”

For example, First Liberty’s rebuttal to the FFRF cites the Religious Freedom Restoration Act (RFRA), which in part forbids the federal government, including the Department of Defense, from substantially burdening a person’s religious exercise absent a demonstrated compelling government interest that is achieved by the least restrictive means.

Berry then cites the FY2014 National Defense Authorization Act. That Act contains language saying that unless there is adverse impact on military readiness, unit cohesion, or good order and discipline, the Defense Department must accommodate individual expressions of religious belief, which undoubtedly include a military chaplain’s invocation.

Contrary to the FFRF’s assertion, says Berry, there is no exception when such individual expressions occur during military functions.

TWO THINGS THAT SHOULD HAPPEN

Still, the matter is not settled.

First, Colonel James P. Ryan, the Commanding Officer of Pease Air National Guard Base, needs to stand firm, understand that the law stands behind him and the chaplains, and not acquiesce to FFRF’s demands.

Second, President Donald Trump, who campaigned on a platform and promise of restoring religious freedom to areas such as the military, should make it clear that hostility against religion in the military must end.

Surveys have shown that religious faith is prevalent among members of the military. And a commission ordered by President Harry Truman concluded that religious faith is critical to the fitness and preparedness of America’s fighting forces. Many serve in life-threatening situations, and virtually all miss family and home for long stretches of time. In this sacrifice, religious faith adds stability, courage, and strength. And that is good for America.

“We hope our Commander in Chief will reverse this trend toward religious hostility,” says Berry, “so that America’s military can remain strong and resilient.”