Freedom Short-Circuited? Why Circuit Courts Have a Profound Impact on The Future of Religious Liberty 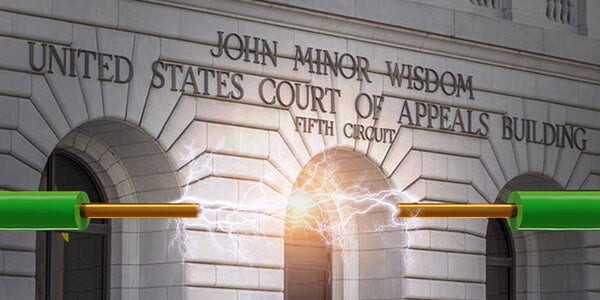 Handling nearly half a million cases per year, federal district and circuit courts are often the last word on the vast majority of religious liberty matters.

Today, the national conversation revolves around President Trump’s nomination of Judge Brett Kavanaugh to the U.S. Supreme Court. Understandably, the Supreme Court garners the most national attention because, after all, its rulings are the “end of discussion” as to what the law says.

But Judge Kavanaugh’s nomination to the nation’s high court will fill only one vacancy.

We cannot forget that over a hundred empty benches throughout our federal judiciary need to be filled. And the need to fill them is dire, as these courts resolve far more of the more than 400,000 federal cases filed every year – including many crucial First Amendment and religious liberty cases.

On the other hand, in a typical sitting, the Supreme Court hears less than 80 cases, roughly 1% of the cases submitted to it.

Because of the heavy caseload handled by lower federal courts, a vast majority of individuals hear the last word on their case from a district or circuit court. Thus, while our focus is currently on the Supreme Court, we cannot lose sight of the vital role that federal courts play in protecting some of our most fundamental freedoms, including our First Amendment liberty to freely express and to live according to our religious beliefs.

From Districts to Circuits, Judicial Nominees Play a Vital Role

In circuit courts, a full capacity bench of 179 judges would handle about 58,000 cases, per last year’s circuit court case filings. That’s about 325 cases per judge annually. Those judges need to hand down decisions at a rate of more than one per week!

Yet, our federal judiciary is not operating at full capacity, meaning that the remaining 152 federal judicial vacancies – a number that constantly changes – has deep implications for everyday Americans, who may or may not have their cases heard in time.

But the numbers are only half the story. When it comes to judicial nominees, it isn’t only a matter of quantity, but also of quality. It means staffing the federal benches with textualist jurors with a record of interpreting the Constitution according to its plain, original meaning.

For example, Judge James Ho of the U.S. Court of Appeals for the Fifth Circuit recently handed down a poignant opinion in a case involving the Texas Conference of Catholic Bishops, which was ordered to hand over 6,000 pages of its internal correspondence as part of a discovery process! Judge Ho – a former First Liberty network attorney – held true to his constitutional originalist title, stating:

“It is hard to imagine a better example of how far we have strayed from the text and original understanding of the Constitution than this case. The First Amendment expressly guarantees the free exercise of religion…[It’s] with regret that the relief we grant today is even necessary”.

But Judge Ho is only one example.

Judge Kavanaugh’s nomination will leave a crucial opening on the U.S. Court of Appeals for the D.C. Circuit – considered by many as the nation’s second highest court. And just last week, the Senate confirmed a constitutional conservative, Judge Andy Oldham, to the Fifth Circuit, which leaves it just one vote shy of becoming a court that might reliably protect religious liberty, and arguably the first “pro-MAGA” court majority on any federal appeals court.

In the wise words of President Reagan, we must heed the warning signs that “freedom is never more than one generation away from extinction.” And that freedom may well hinge on the judges that are nominated and confirmed in our present day.

For religious freedom to continue thriving as a constitutional right, the U.S. Senate needs to act swiftly to confirm more of President Trump’s judicial nominees, especially those like James Ho and Brett Kavanaugh whose credentials, record, and judicial philosophy clearly reflects respect for religious freedom as originally described in the U.S. Constitution.

Judge Kavanaugh’s nomination to the U.S. Supreme Court is indeed positive for religious liberty. At the same time, however, we must ensure that the remaining 152 judicial vacancies throughout our nation’s federal court system are also filled with jurists that will uphold our most sacred first liberty – religious freedom.

As patriots and lovers of liberty, we must make a lasting difference in our nation’s judiciary.

Join First Liberty and be first in the fight!