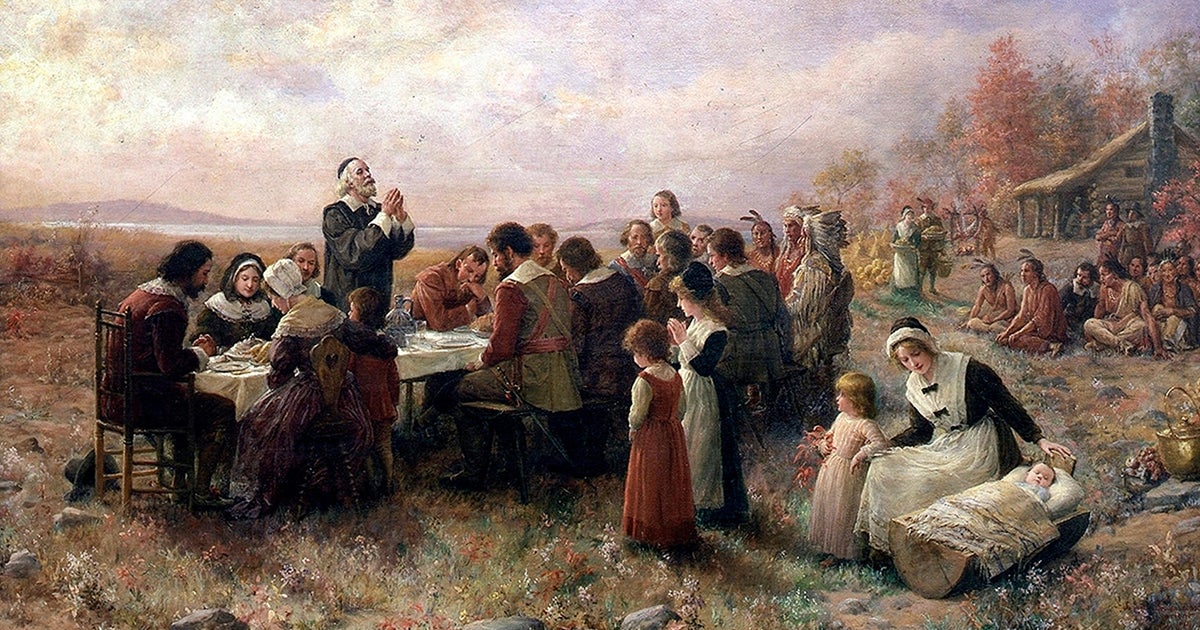 The defiant Pilgrims were tired of the English government telling churches what they would be allowed to teach. So, 102 passengers crammed themselves and all their worldly belongings onto an overloaded 80-foot boat (along with about 30 crew members) and set sail for the no-man’s-land of America in search of religious liberty. About 60 days later, these religious trailblazers waded onto the sandy shores of America on November 11, 1620.

In America, they were free to worship God and live out their beliefs, liberated from the oppression of England’s state-established church. Here, they had all the religious liberty they wanted—the hard part was finding food. Of the original 102, only 57 survived the first winter.

When you don’t have much of something, you tend to be far more grateful when you finally get it. The remaining Pilgrims held the first Thanksgiving in 1621 because they were truly, genuinely and sincerely grateful for God’s blessings.

On that first Thanksgiving Day, when they removed their hats and bowed in prayer to give thanks over their turkey, venison, fish, carrots, onions, beans, spinach and whatever vegetables they had planted and harvested, they meant it.

Fast forward from the Pilgrim era to today. Things appear to be just the opposite. We have food in ample measure; it’s religious liberty that tends to be in short supply. Even though many laws have recently changed to allow more freedom to express our religious liberty in the public arena, such expressions of faith are often scowled at by woke middle managers drunk on their thimble full of power.

Here in America, religious liberty is still alive—albeit a liberty that’s constantly under threat and in need of protection. Back in 1984, Ronald Reagan noted that, “Those who are attacking religion claim they are doing it in the name of tolerance, freedom, and open mindedness. Isn’t the real truth that they are intolerant of religion?”

Giving Thanks for Thankful Leaders

Over the centuries, God has also blessed America with leaders who have reminded us to give thanks (and glory) to God on Thanksgiving Day instead of patting ourselves on the back for our greatness. Ever since America’s founding, our presidents have made official proclamations about the public (not just private!) observance of Thanksgiving Day. Here are just a few:

Giving Thanks for Blessings We Don’t Deserve

Most Americans have sung the line: “God shed his grace on thee.” By definition, grace is something completely undeserved. It’s been said that grace is getting what you don’t deserve, and not getting what you do deserve. God has clearly blessed America far more than we merit.

The Thanksgiving holiday reminds us that God blesses us not so much because we are good, but because He is good. It’s easy to smugly assume that when any blessing arrives it’s because we deserve it. Which also implies that less fortunate people (and countries) are somehow less deserving of God’s blessings. Instead of being thankful, we can become prideful.

We often give ourselves the credit for our blessings instead of acknowledging that every good thing is from God above. If pride goes before a fall (as Solomon warned in Proverbs 16:18), who’s going to catch us?

Giving Thanks for America’s Religious Heritage

America’s Thanksgiving Day tradition is inseparable from America’s founding bedrock of religious liberty. It’s impossible to secularize or de-spiritualize Thanksgiving without it losing its deeper meaning. Separating God from Thanksgiving is like separating pumpkin from pumpkin pie.

The Thanksgiving holiday has survived because generations of Americans have been humble enough to acknowledge that our blessings are not self-bestowed. Fortunately, our American tradition of publicly thanking God for His undeserved blessings continues today.

Let us be thankful that we live in a country that endorses a national holiday focused on telling God something we should say more often: “Thank you.” 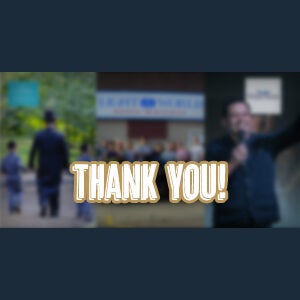 In addition to two Supreme Court wins, you helped propel at First Liberty to achieve higher levels of success than ever before.