Why Religious Freedom is Good for Business – And Your Wallet 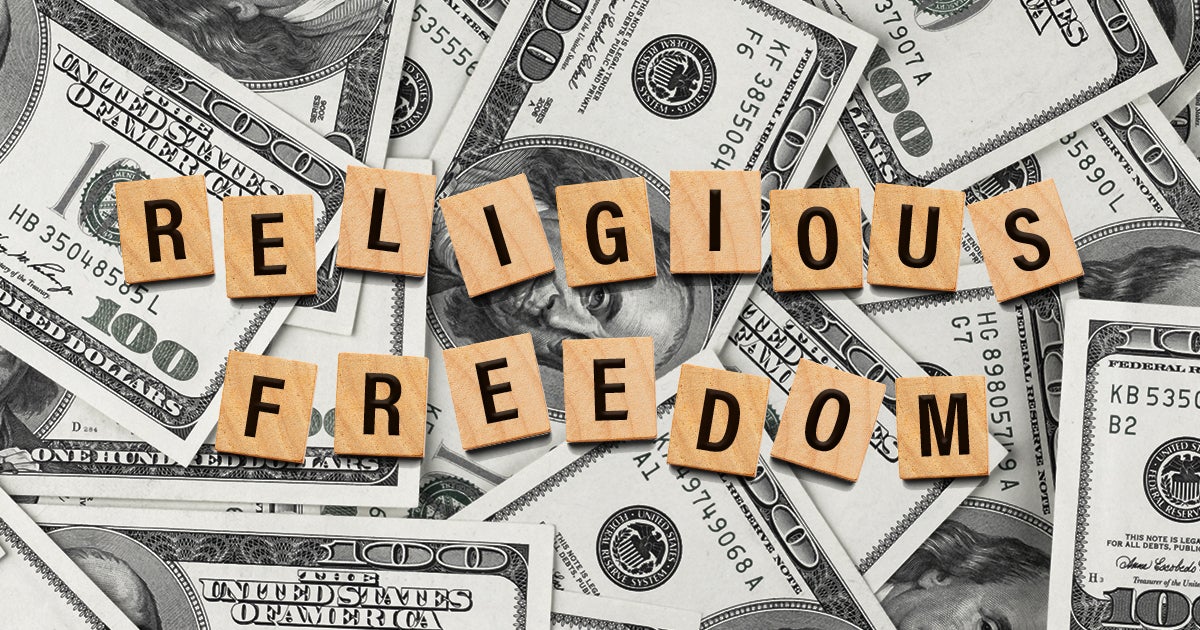 Did you know that religious freedom is good for business?

At first glance, you may not think that religious liberty has anything to do with money or the economy, but studies show that countries with more protections for religious freedom have better performing businesses and stronger economies.

As you know, in America we have a constitutional right to live out our faith freely and openly, and First Liberty Institute is first in the fight to protect that fundamental, God-given right.

However, many countries across the world do not have the same protections. According to the Religious Freedom and Business Foundation, countries without robust religious protections are less likely to have high performing economies. In fact, research shows that:

As it relates to monetary prosperity, countries with more restrictions on the fundamental right of its citizens to live out their faith are more likely to have decreased levels of economic output. Their growth domestic product (GDP) is worse than countries that offer stronger protections for religious freedom.

While many of the restrictions on religious freedom, as well as censorship of religious expression, may seem foreign and distant, we are seeing similar suppressions occur right here in the United States, many of which have a negative effect directly on businesses and the economy.

Take, for example, the Sweet Cakes by Melissa case. Cake artist Melissa Klein ran a profitable family business that provided goods and services to her community: making delicious, customized and artfully decorated cakes. But because she wanted to live out her faith and run her business in accordance with her religious beliefs, the State of Oregon slapped her with a $135,000 fine. This forced her to shut down the business completely.

Or take what is happening to Chick-fil-A in San Antonio. City officials excluded Chick-fil-A from opening a location in the city’s international airport because they disagreed with the charitable contributions made by the owners. The anti-religious bias shown by city officials prevented this thriving, popular business from opening a storefront, which has a direct negative impact on the municipal economy, and even stifles business generated from international travelers.

These cases are just two of the numerous instances where the economy is being hurt because religious freedom is not fully embraced and protected.

On the other side of the coin, when religious liberty is protected, it gives a boost to the economy and to businesses. Countries all across the world that have strong protections for religious freedom, have better GDP growth and healthier economies.

The World Economic Forum reports that protecting religious liberty increases diversity, and that the 12 most religiously diverse countries also have the best economic growth.

Investing in religious liberty is a direct investment in the economy for future generations. Your ROI (return on investment) in religious freedom is inconceivably high as it will help craft a legacy for the future. The more that we can protect and increase religious liberty, the more we can do for our country’s—and our individual—economic wellbeing.

When there is true religious freedom, people’s lives become better—as do their businesses and their wallets. Give today to leave a legacy of freedom for future generations.