New Restrictions in CA & MI: When Gov’t Controls the Church, It Will Attack Other Liberties 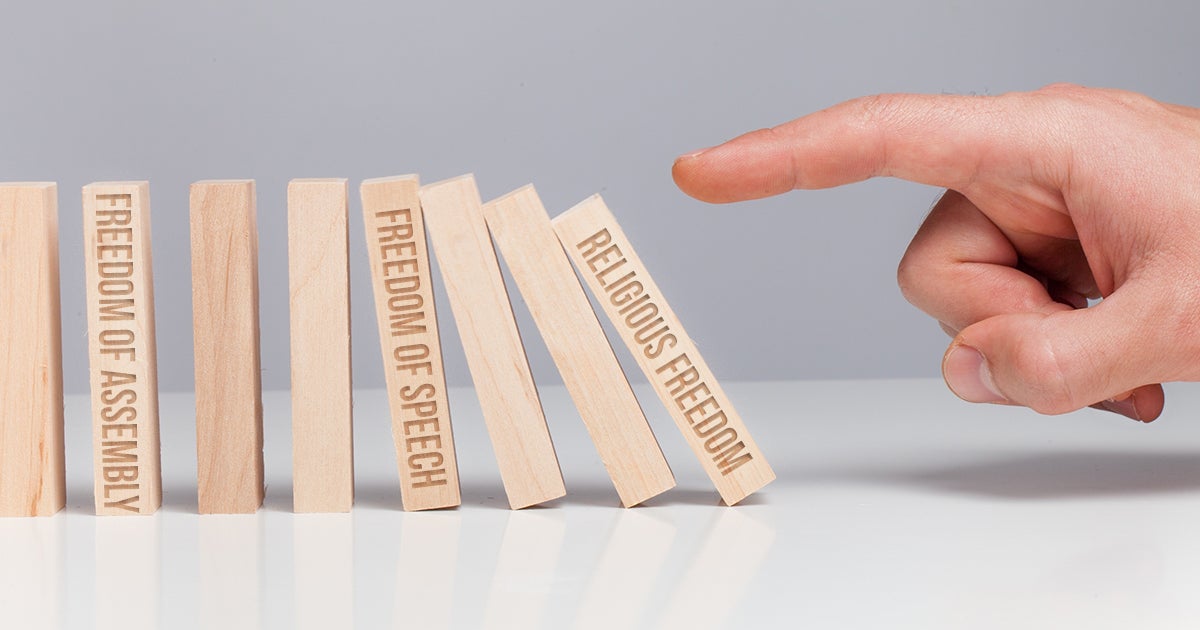 When America’s Founders and the Constitution’s Framers drafted the Bill of Rights, they made sure to place religious liberty as the First Freedom for a very important reason.

Religious freedom operates as the supporting foundation in the tower of civil liberties that we fight to preserve. But when government attacks and forcefully strips away this God-given liberty from citizens, then it isn’t long after that it will come after other civil liberties as well.

Throughout nearly all of 2020, government officials have taken direct aim at dismantling America’s First Freedom. What began as “temporary” restrictions on churches have transformed into more permanent and menacing forms of discrimination. State and local officials continue imposing unequal restrictions on churches, as well treating people of faith and religious communities as second-class citizens.

Government seeking to control churches is only the beginning of a broader threat to other fundamental rights that have underpinned the fabric of our republic.

As proof that religious freedom is the centerpiece of other liberties, let’s take a look at the newest restrictions set forth by California as it relates to hosting private gatherings in one’s own home, as well as Michigan’s policy on collecting personal information for people who simply choose to eat at a restaurant.

According to the California Department of Public Health, private gatherings that include more than three households are prohibited. The policy also demands that gatherings are to be held outside, cannot last longer than two hours and even considers it a violation for families to come together in a public park.

Let that sink in for just a moment. The government is now dictating how, who, when, where and under what circumstances a family gathering (such as Thanksgiving, or Christmas) is to be conducted in people’s own home.

While shocking, California’s newest restrictions weren’t a complete surprise. Months ago, churches in the Golden State were among the first to be placed on the government’s “non-essential” category, followed by a ban on choirs and singing and—as a cherry on top of its Sundae—threats of arrest and the levying of fines against faith leaders who safely reopened for worship services.

In essence, once state officials trampled on the liberties and intruded into the internal affairs of churches, they shortly moved on to curtail liberty in people’s homes, infringing on another keystone American value: private property rights.

Something similar is playing out in Michigan, where Governor Gretchen Whitmer’s newest emergency order requires the following to aid in contact tracing:

“…The facility [restaurants, etc.] maintains accurate records, including date and time of entry, names of patrons, and contact information…and denies entry for a gathering to any visitor who does not provide, at a minimum, their name and phone number.”

Restaurants and businesses being mandated to keep “tabs” of who comes in and out of their establishments? One would expect to read of Big-Brother-style surveillance, citizen tracing and other such infringements in a dystopian novel.

What’s the broader takeaway from the ominous growth of government power during this constitutional crisis?

It boils down to this: When the church loses its rights and freedoms, businesses and Americans of all faiths (or those of no faith at all) will sooner or later pay the price with the loss of other civil liberties.

In America, houses of worship and religious communities are among the most protected institutions from a legal perspective. Not only are they safeguarded by the Constitution and over two centuries of Supreme Court precedent, but also by a vast array of federal and state laws. This is the case because we’ve understood that faith and religious freedom are essential to America’s flourishing and essential to who we are as a nation.

If the church can’t win and reclaim its freedom, then what recourse, or defense mechanism—or what hope—is left for citizens, businesses and even secular groups who don’t bow their knee to government?

With so many of our cherished liberties at stake, there’s no mistaking that the fight for religious liberty is THE most essential fight of our lifetime.

In the coming months, faith and freedom will continue to be under fire. Power-hungry officials believe there’s no room for God because there can only be one capital “G” in our country…and that is Government.

With your ongoing financial support, First Liberty can put a stop to their assaults and continue being the go-to resource for communities of faith facing government persecution.

Can we count on you to be All In with First Liberty? 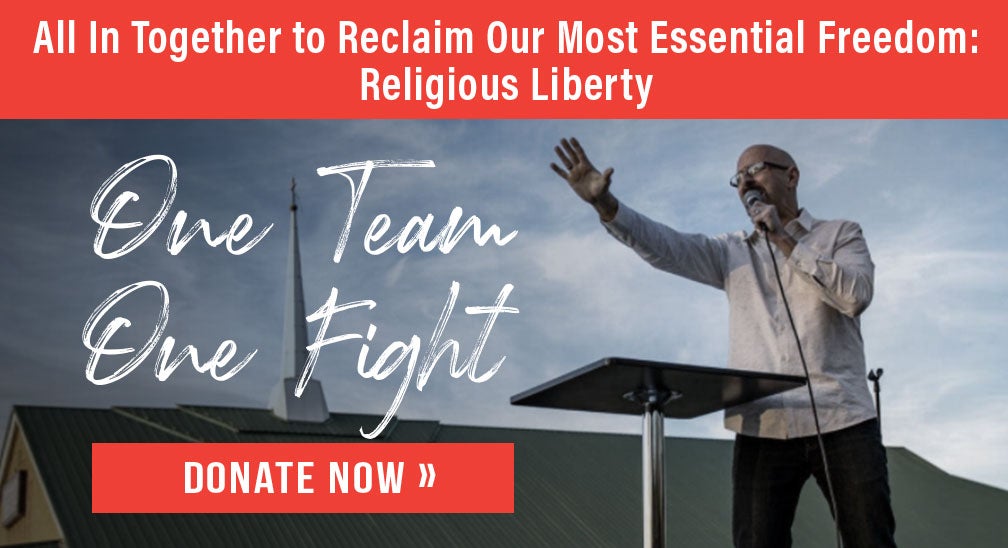