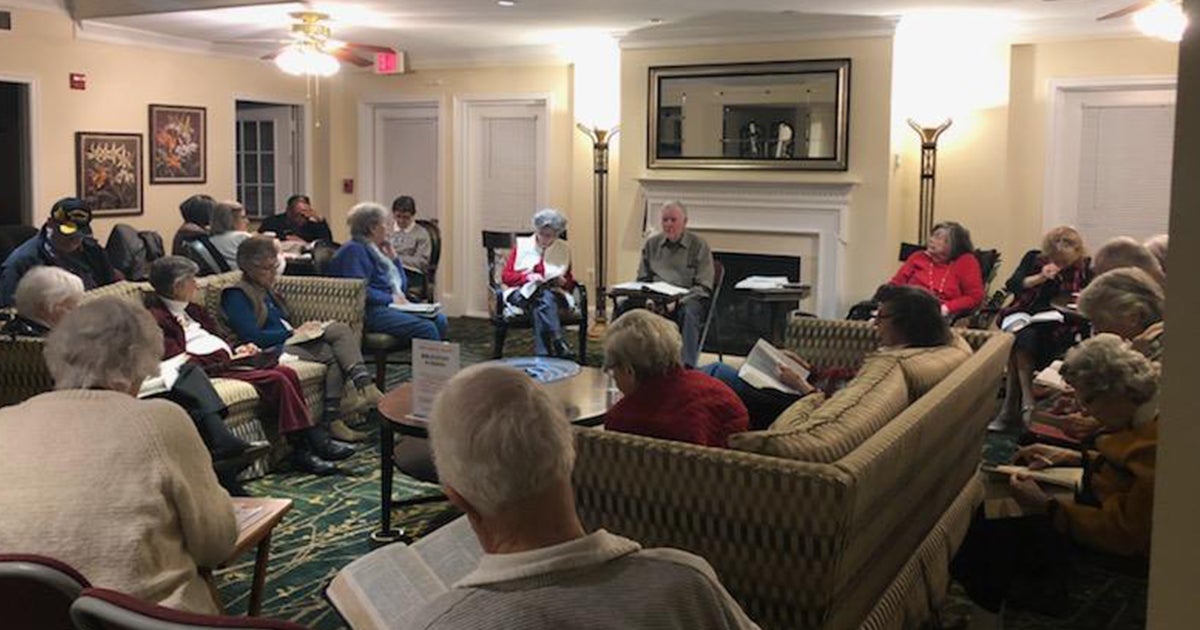 Though we’re only two weeks into 2020, it fills us with hope and encouragement that this New Year is already bringing unprecedented reclamation for religious liberty.

Today, we’re especially excited to share with you the first victory of the year, one that’s going to help safeguard the right to live out your faith in one of the most important and sacred spaces: your very own home.

First Liberty Institute recently settled a federal civil rights lawsuit against a senior living community in Virginia that had banned a retired couple from hosting a Bible study and even threatened them with eviction.

An agreement reached with the property management company lifts the restriction on religious activities in the apartment complex’s common areas and withdraws the notice that threatened to evict FLI clients Kenneth and Liv Hauge.

This is a big victory for Ken and Liv, who were originally banned from hosting their Bible study in mid-2018. Moving forward, the couple, who are both in their 80’s, will be able to resume weekly Bible studies with their friends and neighbors.

Today, as we celebrate the vindication of their rights, it’s also worth noting that this is a very significant victory not just for one couple in Virginia, but for Americans of all faiths.

After all, if people cannot gather together to study the Bible where they live, is there really any safe space left for Americans to live out their faith?

That’s why the triumph for Ken and Liv is so critical, because it helps ensure that we are saying “YES!” to senior Bible studies all over the country, as well as protecting the freedom of people of all faiths to worship in their own homes.

While Ken and Liv can rejoice in putting this ordeal behind them, there are many Americans who are being targeted by the ALL-OUT war on faith. Across the country, religious groups and people of faith repeatedly face opposition from anti-faith groups or activists that want to stop them from using their own land or their own homes to exercise their religious beliefs.

Right now, in fact, First Liberty is litigating a similar case for Donna Dunbar in Florida, another senior citizen who was restricted from hosting Bible studies in her condominium building.

And First Liberty continues to be First in the Fight® to stop religious discrimination against minority faith communities who’ve been prevented from living out their faith at home.

Our legal team is fighting one of the worst cases of religious discrimination we’ve ever encountered. In Airmont, NY, located just outside New York City, village officials have practically forced the local Orthodox Jewish community to practice their faith in hiding.

For more than 30 years, local officials have made it all but impossible for anyone who is an Orthodox Jewish believer to live out their faith, demanding that they receive approval from the city to worship in their very own homes. This means that the city has authority to come into their house to measure how much space in their own home they can or cannot use for religious purposes. They’ve even threatened a Rabbi with jail for hosting worship in his home.

The good news, however, is that First Liberty—by God’s grace—is the greatest hope for victory whenever people of faith or religious minority groups face threats to their religious freedom.

Not long ago, we won big for Congregation Toras Chaim, a small Orthodox Jewish congregation in Dallas, TX. After a legal battle that lasted nearly six years, and one that involved two lawsuits, First Liberty reached a settlement agreement that allowed members of this Jewish community to meet and worship in a private, North Dallas home, as well as to continue serving the needs of its surrounding community.

The victory on behalf of citizens such as Ken and Liv, as well a longstanding string of multiple key achievements like the one for Congregation Toras Chaim, are proof that this is the start of a nationwide reclamation of our most fundamental, God-given rights.

Thanks to these triumphs, we are reaffirming that we do not need permission from state officials or apartment management staff to live out our faith in our own homes. We already have all the approval we need to freely worship at home, and it’s found in the First Amendment of the U.S. Constitution.

Surely, of all places, your own living room should be a safe space to practice your faith—to pray, to read Scripture and to fellowship.

Would you consider giving to First Liberty Institute to help us fight back against the opponents of religious freedom who are attacking your constitutional rights?