Files “Freedom of Information Act” lawsuit to obtain investigation into assault of veteran forcibly removed from retirement ceremony for planning to mention “God.” 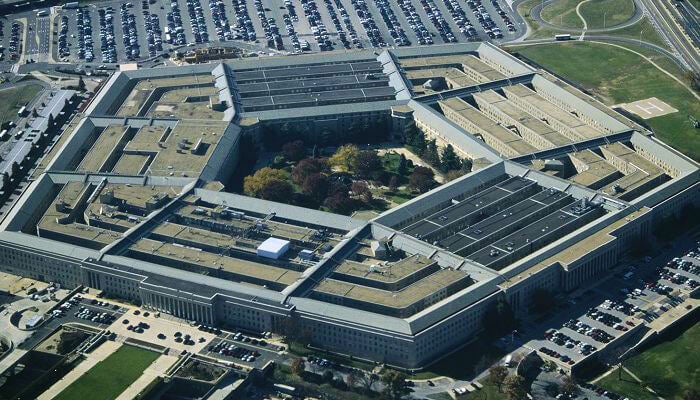 On July 27, First Liberty Institute filed a lawsuit against Department of the Air Force, alleging violations of the Freedom Of Information Act (FOIA). The lawsuit accuses the Air Force of wrongfully withholding the results of an investigation into the matter of its client, decorated 33-year Air Force veteran Oscar Rodriguez.

Rodriguez was physically ejected from a retirement ceremony at Travis Air Force Base in March 2016, because he planned to use the word “God” in a speech for a flag-folding ceremony—a well-known speech he was invited to give, and for which he had been lauded by a member of Congress.

The Air Force’s refusal to turn over the results of its investigation has caused undue delay to First Liberty’s representation of Rodriguez as he seeks justice for an incident that occurred over one year ago.

“The Air Force is clearly hiding something,” Mike Berry, Director of Military Affairs for First Liberty Institute, said. “Federal law requires the government to make a determination within 20 days of a FOIA request, yet it’s been over 200 days and we haven’t received anything but delays. Whatever the Air Force is hiding, it must be really bad for them.”

The incident occurred during a retirement ceremony held in April 2016 at Travis Air Force base, at which Rodriguez—himself a retired Airman—was an invited guest. Multiple, uniformed Airmen assaulted Rodriguez and forcibly dragged him away for planning to give a speech that included the word “God.”

Watch this video about the Rodriguez case.

In June 2016, First Liberty sent a demand letter to the Air Force claiming multiple legal and constitutional violations as a result of the incident.

COVER UP ADDS TO TROUBLING BEHAVIOR

The Air Force’s refusal to comply with the FOIA law has compounded what was already a frustrating and troubling incident of hostility to religious freedom.

Roberson and Rodriguez tried to clear the speech through higher authorities at Travis Air Force Base, even offering to place notices on the door informing guests that the word “God” would be mentioned. They never received a response from the authorities. As an Air Force veteran himself, Rodriguez stood firm on his commitment to Roberson.

But when Rodriguez stood up to perform the flag-folding speech on the day of the ceremony as requested by Roberson, uniformed Airmen approached him and warned, “You’re really going to do this?”

And when Rodriguez began speaking, multiple Airmen physically assaulted him, dragging him out of the ceremony. Travis Air Force Base officials then threw Rodriguez off the base. As Rodriguez recalls the incident, he says it was “one of the most humiliating experiences” of his life. He said:

“I have given more than three decades of service to the military and made many sacrifices for my country. To have the Air Force assault me and drag me out of a retirement ceremony simply because my speech included the word ‘God’ is something I never expected from our military.”

THE LAW IS ON OSCAR’S SIDE

Because Rodriguez is a private citizen, he has every right to mention the word “God” under the First Amendment of the Constitution.

“The Air Force had no right to assault a citizen, much less a 33-year military veteran, because they didn’t want him to mention ‘God,’” said Mike Berry. “Mr. Rodriguez has a constitutional right to free speech and religious expression, even on a military base.”

“The military broke the law and abused its power,” said Berry. “We expect the Air Force to hold those responsible accountable, and allow Mr. Rodriguez to continue honoring the flag and other veterans who have sacrificed for our country.”

And now, the FOIA law is also on Oscar Rodriguez’ side as his attorneys attempt to uncover information critical to resolving the case and ensuring that religious freedom is vindicated. The ball is now in the Air Force’s court.