Preview of Coach Kennedy’s Second Showdown at the Ninth Circuit 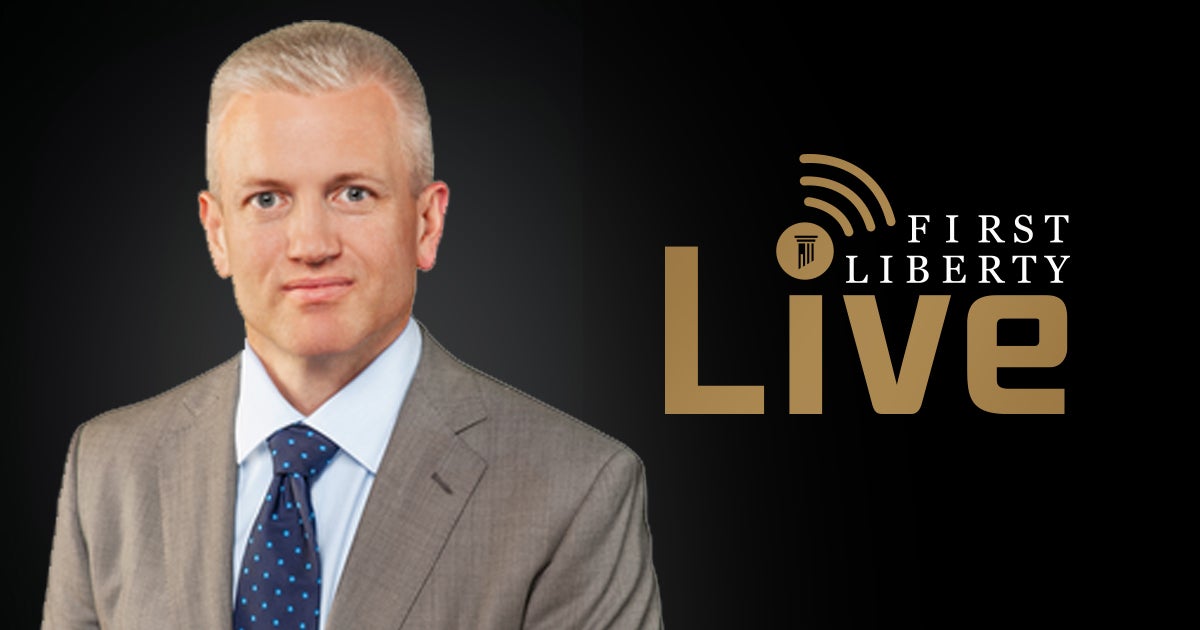 This upcoming Monday, January 25th, First Liberty and Coach Joe Kennedy—the high school football coach and Marine Corps veteran from Bremerton, WA who was fired for praying silently on the 50-yard line after games—will be appearing before the Ninth Circuit Court of Appeals for the second time to reclaim Coach’s constitutional rights.

In preparation for oral argument, this week’s episode of First Liberty Live! features an exclusive one-on-one conversation with FLI Executive General Counsel Hiram Sasser, who discussed in more detail why a victory for Coach Kennedy could be the one to set a key new precedent that will protect religious liberty for generations.

Watch the exclusive episode below:

After nearly six years of litigation to reclaim Coach Kennedy’s religious freedom, this upcoming oral argument might prove to be one of the most critical pivot points not just for the constitutional liberties of one coach, but for the freedom of all Americans.

A positive ruling from the Ninth Circuit could have a rippling effect that helps ensure religious Americans—and even those who aren’t religious—aren’t punished, censored or fired for living out their faith or according to their convictions and beliefs.

On the other hand, if the Ninth Circuit once again decides to deny Coach Kennedy’s right to pray, it could mean taking his case back to the U.S. Supreme Court.

Two years ago (on this exact date, January 22nd), four justices of the U.S. Supreme Court—Thomas, Alito, Gorsuch and Kavanaugh—issued a rare statement on Coach Kennedy’s case, signaling that the court is open to reviewing his case in the future.

If you enjoyed the conversation with Hiram, you don’t want to miss more of the upcoming First Liberty exclusive Oral Argument Special Series on Coach Kennedy’s case! You can view all the details of the next episodes in this series on the official upcoming live events page.

And as always, make sure you subscribe to First Liberty Live! for more updates, special round-table discussions with FLI attorneys and exclusive Insider content on Coach Kennedy’s case, as well as future episodes tackling the most pressing religious freedom issues facing our nation today.