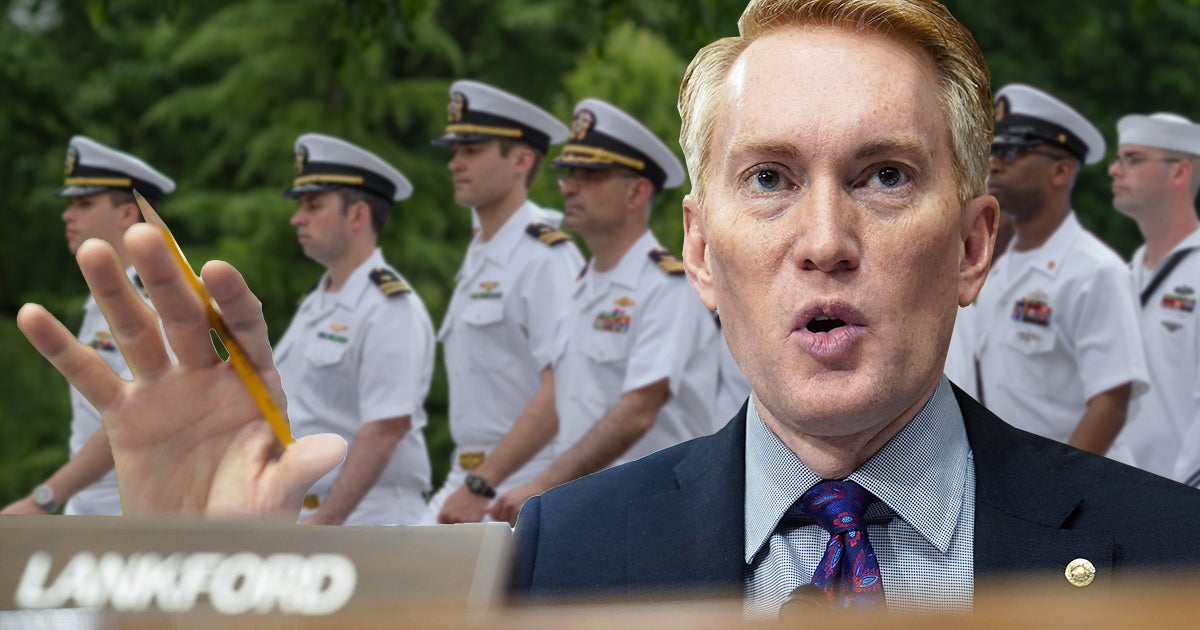 As First Liberty continues to defend service members’ right to religious accommodations from the vaccine mandate, Sen. James Lankford is also joining the effort to hold the Biden administration accountable for its unlawful mistreatment and religious discrimination.

Sen. Lankford, a member of the Senate Committee on Homeland Security and Governmental Affairs, recently sent a strongly worded letter to Defense Secretary Lloyd Austin. In it, he calls attention to the Biden administration’s punitive approach and its “active disdain for and hostility” toward service members with religious objections. The senator writes:

“Just when I thought the Department of Defense’s mistreatment of service members with religious objections to the vaccine could not get worse, it has…Although many of my previous letters appear to have been ignored, recent reports necessitate that I write again, as the living and employment conditions have worsened for service members being unfairly treated by the stringent and uneven vaccine mandate policies forced upon them by this Administration.”

Earlier this year, First Liberty filed documents in federal court bringing attention to the administration’s harsh treatment of Navy service members who are seeking religious exemptions. As they wait for their case to be adjudicated under threat of termination from the military, many of our men and women in military uniform are experiencing unsanitary living conditions on large naval vessels.

According to Fox News, one sailor, who is now part of a class action lawsuit, said in a court-filed declaration that they “could not leave the area” after asking to be terminated from the military due to religious objections to the mandate and were moved to the USS Dwight D. Eisenhower aircraft carrier’s berthing barge, where the conditions are “deplorable.”

“These conditions render that of an authoritarian and abusive government, which falls far below the standard of the military of the greatest nation on earth. I urge you in the strongest possible terms to immediately take action to ensure that no service member is subjected to deplorable, illegal retribution for exercising their sincerely held religious beliefs. I demand your swift action in auditing and remedying the working and living conditions of these sailors.”

These horrid living conditions, of course, are just the latest revealed in a long list of vindictive actions. For wanting to serve in accordance with their beliefs, thousands of our military heroes have been threatened with involuntary separation, denied advancement opportunities, and in some cases denied medical care. The military branches have rejected nearly all religious accommodation requests. Meanwhile, they’ve approved many more non-religious accommodation requests (medical or administrative) than religious ones. At one point, even Air Force academy cadets were told they would not be able to graduate if they had religious objections to the mandate.

This mistreatment of our nation’s most elite fighters is harsh, punitive and outrageous. What’s more, discriminating and threatening adverse action against service members because of their religious beliefs is illegal. It violates the First Amendment to the Constitution, federal law and Department of Defense regulations. The laws are clear: All service members have a right to serve our country without having to violate their religious beliefs.

What’s happening to America’s sailors makes one thing very clear: the fight for religious freedom is far from over. Those who vehemently oppose religious expression in the military are constantly finding new ways to target anyone who wants to serve in a manner consistent with their faith.

Please join First Liberty in the fight to restore and protect religious liberty for service members. The cases we’re fighting right now could have a major impact on the freedoms of our clients and thousands serving in the military. They need your support to help put a stop to the barrage of attacks against their religious liberty.