Learn How a Nominee Becomes a Judge 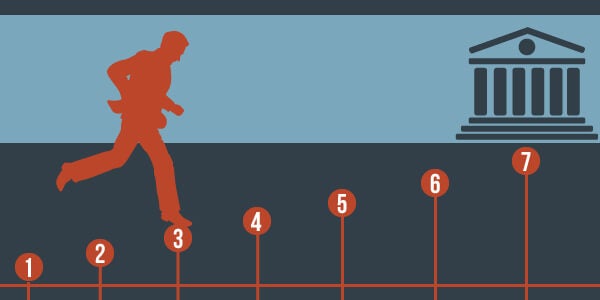 Is this just the calm before the storm?

If there’s one thing that we learned this past year it’s that judicial nominations can be a whirlwind. And if you kept up with the confirmation of Justice Kavanaugh to the U.S. Supreme Court, then you know exactly what we’re talking about.

And don’t think for a second that you’ve seen the last of it.

In a few short weeks, the U.S. Senate will be starting its new session, and that means that the Senate Judiciary Committee is going to resume their consideration and review of President Trump’s federal court nominees.

Now that Senate Majority Leader Mitch McConnell and the Senate Republicans have a 53-seat majority in the chamber, it’s likely that they’re going to keep hammering on to make judicial confirmations a marquee issue throughout 2019.

Learn more about judges and the status of confirmations with our interactive maps and expert insight.

And you know what that will bring? You guessed it…more delay and scorched-earth tactics from those who vehemently oppose and want to block the President’s picks for circuit and district courts.

In fact, 22 of President Trump’s nominees were recently put on a holding pattern – and it’s likely that they won’t be put up for consideration until the Senate meets again in the New Year.

Nonetheless, things on the nomination front are rather calm and at a standstill, at least for now.

That being said, we at First Liberty thought we could make the most of this down time by sharing with you some inside knowledge of how a nominee becomes a judge.

So when the waves of confirmations start again, you’ll know the process and the vetting that each nominee must go through before they’re seated on the bench.