How Religious is Your President? 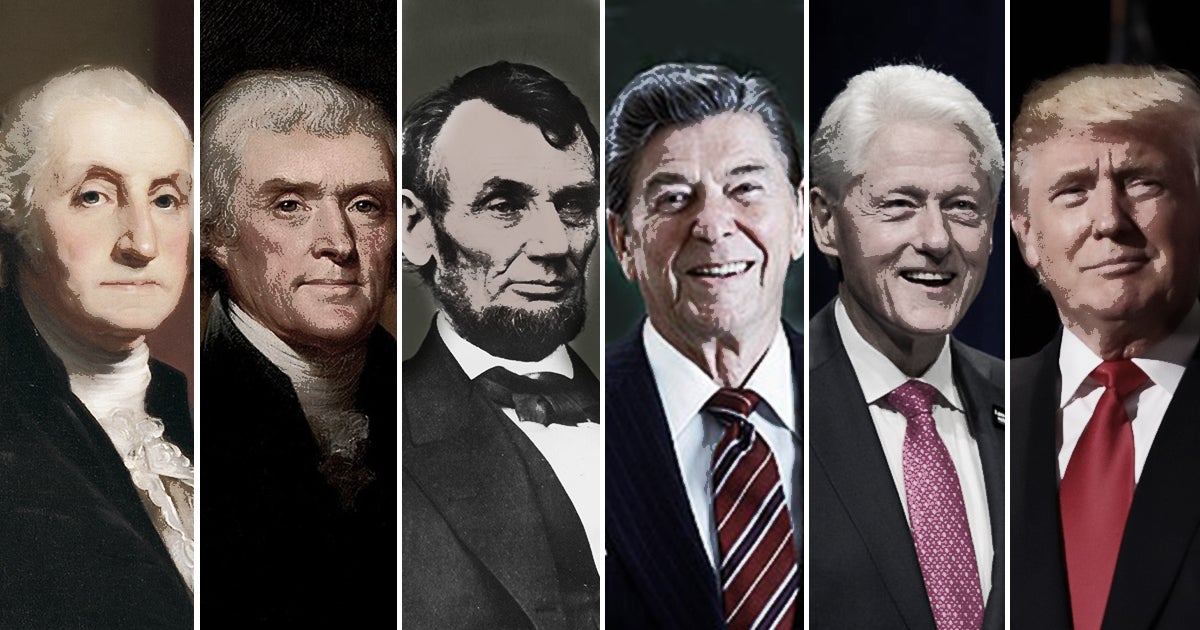 2020 isn’t only a historic year because we’re reclaiming religious freedom at an unprecedented rate. It’s also an election year, which means the presidency will be in the minds of millions of Americans.

When heading to the polls, Americans still consider the personal faith and the stance of candidates as key factors when choosing a presidential candidate.

In fact, did you know that half of American adults want their president to share their religious beliefs?

What’s more, Pew also reports that faith has been integrated into the office of the presidency since the early days of our republic. Even though the United States doesn’t have a state religion, personal faith and religious liberty have been core parts of our nation’s history, including at the top levels of government. Consider, for example, that nearly all of America’s presidents, from George Washington to Donald Trump, have been affiliated with Christian denominations. 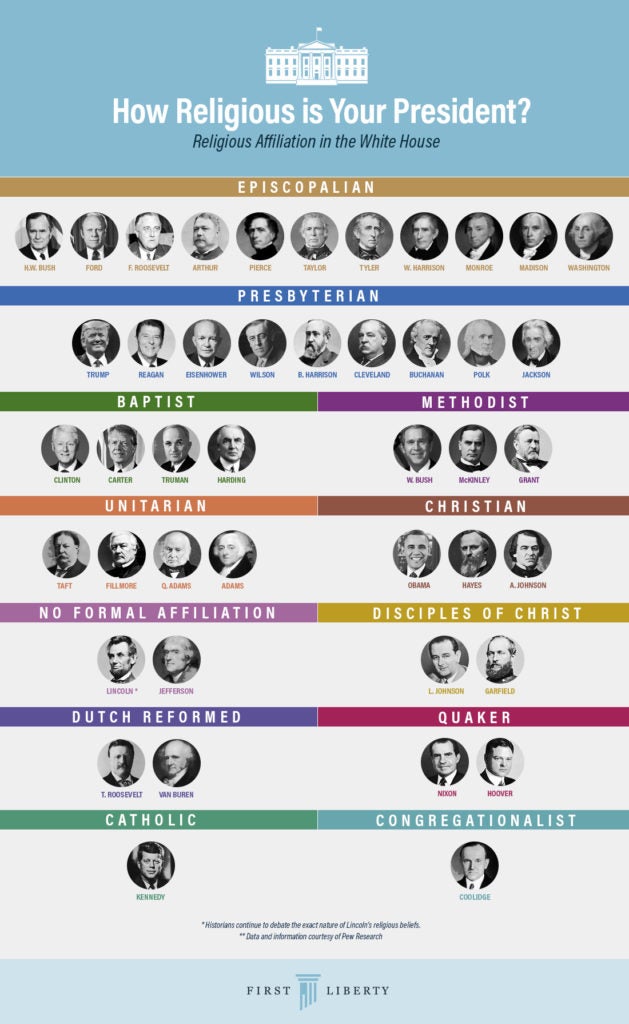 Faith and religious freedom are part of our nation’s history…they are in America’s DNA.

Will YOU go All In with First Liberty to help us reclaim religious liberty?

Throughout our history, several presidents have spoken about the importance of religious faith, both in their own lives and in the fabric of America. Let’s see what they had to say.

George Washington, the Father of America, knew how crucial faith would be for the nation he helped found. As Commander of the Continental Army during the Revolutionary War, Washington made sure that his troops would have access to spiritual support, establishing the Chaplain Corps that still exists today. A member of the Episcopalian denomination, he was a firm believer in the power of prayer. In his farewell address, Washington spoke of the power of religion in maintaining a moral society:

“Of all the dispositions and habits which lead to political prosperity, religion and morality are indispensable supports… And let us with caution indulge the supposition that morality can be maintained without religion.”

President Thomas Jefferson was a staunch defender of religious freedom for the American people. He was instrumental in drafting the Virginia Statute for Religious Freedom, which served as a precursor to the Constitution’s First Amendment. Throughout his political career, Jefferson was dedicated to ensuring that Americans would be free to live out their faith according to their conscience, without government coercion.

Ronald Reagan was another president who boldly defended religious freedom, both during his political campaigns and his time in the Oval Office. In 1979, he spoke powerfully about the original intent of the First Amendment, stating:

“The First Amendment was written not to protect the people and their laws from religious values, but to protect those values from government tyranny.”

Support for religious freedom and personal faith aren’t limited to one party or political persuasion. Some Americans may be surprised to learn that Democratic President Bill Clinton signed the 1993 Religious Freedom Restoration Act (RFRA) into law.

The coalition that rallied to help pass RFRA was both broad and diverse. Over 60 liberal and conservative groups, politicians, and religious and civil liberty advocates across the country (including the ACLU and even the Americans United for Separation of Church and State) joined forces in support of the bill.

At the signing, President Clinton stated:

“We all have a shared desire here to protect perhaps the most precious of all American liberties, religious freedom…Today this event assumes a more majestic quality because of our ability together to affirm the historic role that people of faith have played in the history of this country.”

RFRA has since been vital in protecting religious liberty rights, including in the landmark Supreme Court decision Burwell v. Hobby Lobby (2014), when a faith-based business won an important victory for religious freedom in a challenge to the Affordable Care Act (Obamacare).

It’s no secret that Obamacare has sparked numerous religious liberty battles and years of litigation for people of faith and religious organizations. Yet, its primary proponent, President Obama himself, publicly acknowledged the importance of allowing people of faith to freely live according to their beliefs and convictions:

Prior to assuming the nation’s highest office, he stated:

“Secularists are wrong when they ask believers to leave their religion at the door before entering into the public square…To say that men and women should not inject their ‘personal morality’ into public policy debates is a practical absurdity. Our law is by definition a codification of morality, much of it grounded in the Judeo-Christian tradition.”

And support for faith and religious freedom isn’t anything new among Democratic presidents. Amidst the military build-up to World War II, President Franklin D. Roosevelt demonstrated a strong commitment to the spiritual fitness of America’s military.

At government expense, President Roosevelt directed the printing and distribution of the Bible to troops. He even wrote an inspirational letter to military service members reminding them to rely on their faith for courage and strength:

“As Commander-in-Chief I take pleasure in commending the reading of the Bible to all who serve in the armed forces of the United States. Throughout the centuries, men of many faiths and diverse origins have found in the Sacred Book words of wisdom, counsel and inspiration. It is a fountain of strength and now, as always, an aid in attaining the highest aspirations of the human soul.”

What a Glimpse Into the Past Can Teach Us

Today, opponents of religious freedom will argue that faith has no place in public life or government.

But here’s a dose of truth: When we examine the lives and words of our nation’s presidents, it’s abundantly clear that America and its leaders enjoy a rich history of personal faith and a longstanding respect for our First Freedom—religious freedom.