How Religious Is Your State? 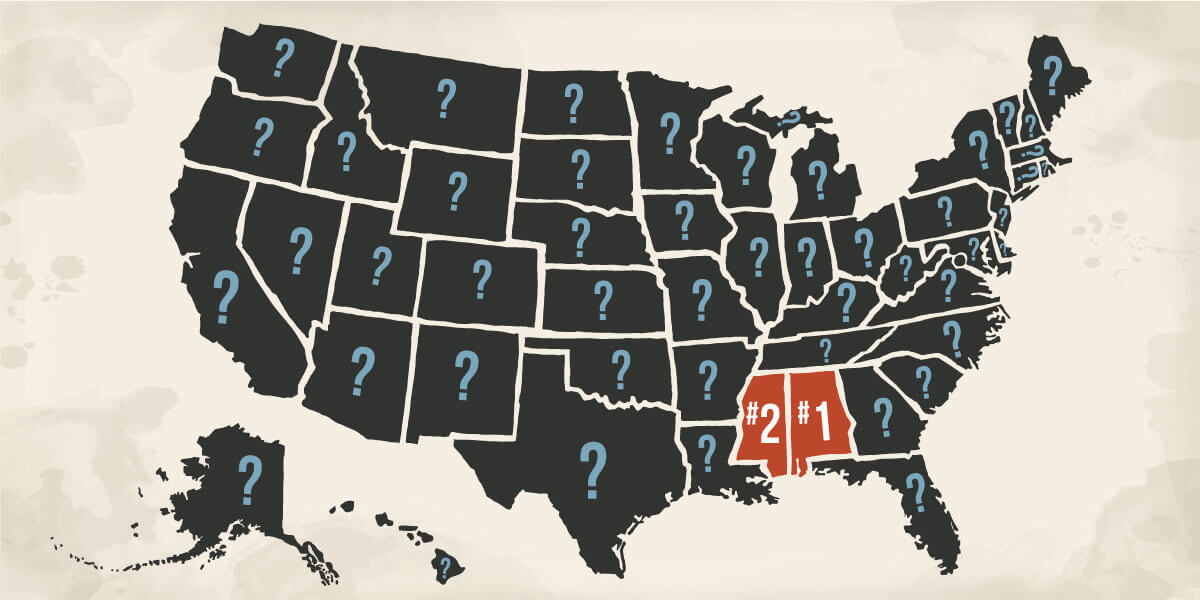 Let’s briefly travel back in time to the founding of our great nation, and consider our Founding Fathers’ view of religion.

Looking back on that period, we see that the Founders – although they had heated and intense debates about the scope and structure of government – did agree on a core set of principles and values that eventually shaped some of the most iconic documents in human history, including the Bill of Rights and the First Amendment.

And among those principles and values was the belief that religion played a vital role in the upbringing of virtuous citizens in order to sustain a republican form of government.

In fact, today we can reference George Washington’s quote in which he stated that “of all the dispositions and habits which lead to political prosperity, religion and morality are indispensable.”

Thomas Jefferson clearly echoed the sentiment, stating, “God who gave us life gave us liberty. And can the liberties of a nation be thought secure when we have removed their only firm basis, a conviction in the minds of the people that these liberties are of the Gift of God?”

Famously known for his thundering clamor – “Give me liberty or give me death!” – Patrick Henry also expressed: “The great pillars of all government and of social life [are] virtue, morality, and religion.”

And Benjamin Franklin, arguably one of the least religious of the Founders, said the following specifically about the Christian faith: “I think the system of morals and His [Jesus Christ’s] religion as He left them to us, the best the world ever saw or is likely to see.”

Or, if we are inclined to put this into less politically correct terms, we just have to cite John Adams, who said, “Without religion, this world would be something not fit to be mentioned in polite company: I mean hell.”

Of course, this list is by no means exhaustive, and you will find that many of the other Founders had something similar to say about the role of religion in political life.

So today, this begs an important question for us all: What would the Founders say about my home state when it comes to religious participation?

We’ll let you decide. Use our map to find out for your state and how it compares to all the others in terms of overall percentage of adults who are “highly religious.”