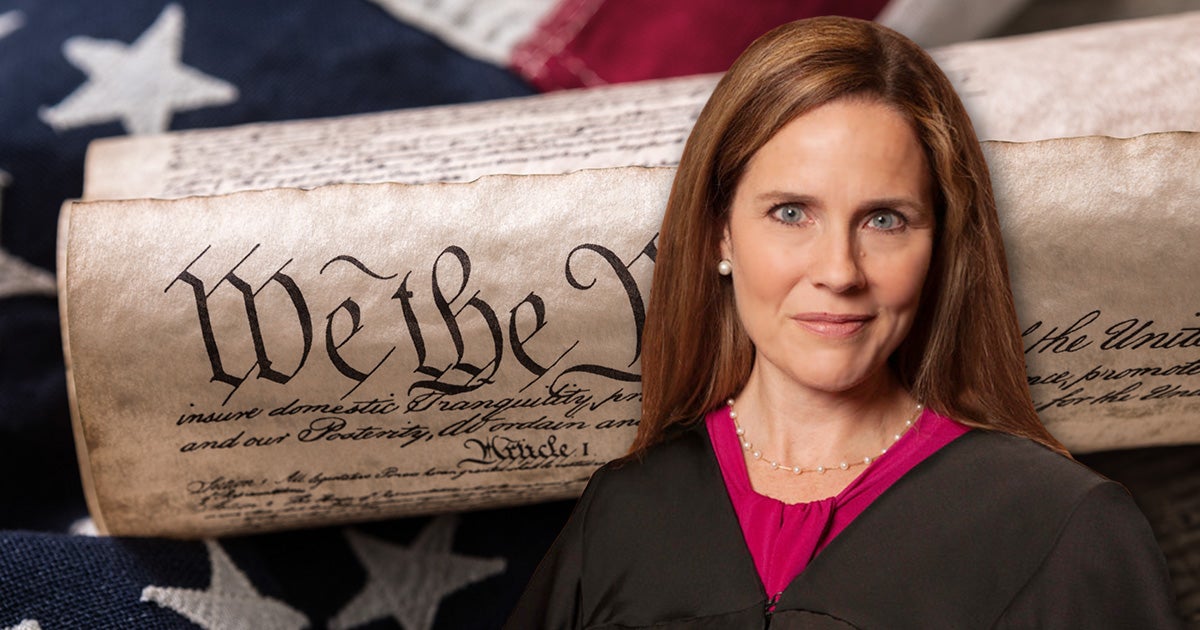 Last week, President Trump nominated Amy Coney Barrett, who currently serves as a judge on the U.S. Court of Appeals for the Seventh Circuit, to fill the recent U.S. Supreme Court vacancy.

“President Trump has nominated a judge to the Supreme Court who we are confident will protect the religious freedoms and constitutional rights of all Americans. Judge Barrett’s record demonstrates her commitment to the Constitution’s text and its purpose. Judge Barrett understands that government exists to protect the God-given rights of the people and the Constitution exists to prevent government from infringing on those rights. She will make an excellent Supreme Court Justice, and we expect the Senate to confirm her without delay.”

Let’s explore in more detail Barrett’s credentials, background, and record, including her originalist judicial philosophy and how she can be expected to treat the First Amendment and religious freedom if confirmed to the nation’s highest court.

With your financial support, First Liberty Institute continues to provide expert analysis on the records of hundreds of judicial nominees.

She graduated first in her class from Notre Dame Law School and clerked for a judge on the U.S. Court of Appeals for the District of Columbia (considered by many the “second highest court’ in the country), as well as for the late Justice Antonin Scalia.

Barrett had a short stint in private practice, before serving as a faculty professor at the University of Notre Dame Law School for fifteen years (2002 – 2017). A prolific and meticulous legal writer, Barrett’s publications distinguished her as an expert in procedure, interpretation, federal courts and constitutional law. Colleagues and legal scholars have publicly attested to her expertise and command of the law.

A Person of Faith Who’s Stood Strong for Religious Freedom

In 2012, Barrett signed a letter criticizing the Obama administration’s method of “accommodating” for religious institutions that were being forced to pay for contraceptive coverage in violation of their religious beliefs.

“This so-called ‘accommodation’ changes nothing of moral substance and fails to remove the assault on religious liberty… It is an insult to the intelligence of Catholics, Protestants, Eastern Orthodox Christians, Jews, Muslims, and other people of faith and conscience to imagine that they will accept an assault on their religious liberty if only it is covered up by a cheap accounting trick.”

As a person of faith, Barrett unfortunately endured an ugly episode of anti-Catholic bigotry at the hands of Democratic Senators during her 2017 confirmation hearing. Notably, Sen. Feinstein (D-CA) said to the then-nominee: “The dogma lives loudly within you, and that’s of concern.”

While Barrett isn’t shy about the personal importance of her Catholic faith, she’s gone on record to state that her duty as a judge is to decide cases according to the law, facts and evidence presented.

Of paramount importance, Barrett’s background, writings and record demonstrate that she’s strongly committed to originalism, a judicial philosophy stating that the Constitution and laws should be interpreted in accordance with their ordinary meaning when they were enacted.

Here are notable quotes from Barrett on originalism:

“The Constitution’s meaning is fixed until lawfully changed; thus, the court must stick with the original public meaning of the text even if it rules out the preference of a current majority.” – Notre Dame Law Review article, 2017.

“Its [the Constitution] meaning was fixed at the time it was written and formally adopted and it stays the same until it is lawfully changed…The content of the commitment does not change even if popular attitudes wax and wane. Even if a majority of the country thinks that free speech is passé, the First Amendment stands.” – Speech to a local chapter of the Federalist Society, 2019.

Why the Next Supreme Court Justice is Critical to Religious Freedom

In fact, the Supreme Court has been asked TWICE to rule on religious liberty restrictions during this pandemic, and there is little doubt the Justices will be asked to weigh in again, especially as some government officials threaten to extend lockdowns until 2021.

That’s why it’s so urgent to swiftly confirm a Supreme Court Justice who will protect religious freedom.

Your financial support is critical, as First Liberty continues providing expert analysis to the administration, U.S. Senate and the general public on the records of pending nominees—including the current nominee for the Supreme Court.