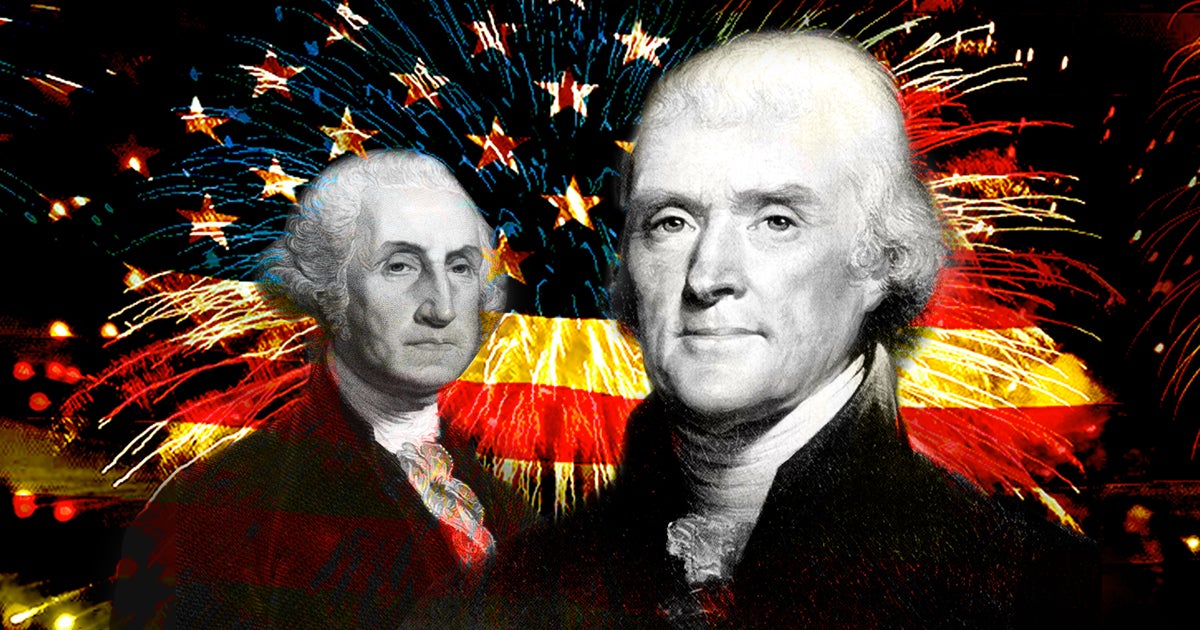 In 2019, the word “freedom” gets tossed about carelessly by many who clearly think it means something it does not.

In modern civil discourse, there are many for whom the idea of freedom is the absence of the consequences of one’s own actions, with the caveat that in order to be provided material comfort individuals must accept all inevitable intrusion by government to whatever extent necessary.

But this is a mistaken, self-indulgent definition of freedom.

When you really think about it, it isn’t freedom at all. It’s a perverted view, a distortion of the truth of God-given freedom to willingly become a slave to one’s own senses, and to government. Scripture brings this to light, making us aware that “…their god is their stomach, and their glory is in their shame. Their mind is set only on earthly things.” (Phil. 3:19)

As we continue to celebrate our nation’s independence throughout this weekend, let’s take time to recapture the vision of our Founders, who can help us understand the true meaning of freedom and independence.

The Founders’ Perspective on Freedom and Independence

When Thomas Jefferson penned the Declaration of Independence (the most significant treatise on man’s relation to man since The Magna Carta) he appealed to natural law and to God. That’s why, to Jefferson, the American Revolution was a return to the natural order.

He did not claim to be asserting a new philosophy, but rather affirming eternal, self-evident principles of natural law, such as the equality of all stemming from their common creator, as well as the inalienable rights of life, liberty, and pursuit of happiness.

Because these rights come from God, and not from man, it would be futile for any king or parliament to act contrary to them.

The Founders asserted that freedom and independence are the natural state of mankind. Tyranny is unnatural, and any attempt to defy this natural law would eventually fail for the same reason defiance of another natural law—gravity—also fails.

In his prime, Michael Jordan could defy gravity for longer than any other human, yet every time he “took flight” he eventually came down. By embracing a modern, mistaken notion of freedom and attempting to legislate away the consequences of human action or inaction, our policy makers have attempted to defy natural law for decades.

So now, we’re living in a time of coming back to earth, painfully. Our descent looks nothing like Jordan’s graceful return to the court but more like a belly flop into the kiddie pool.

Alas, if we are to find true north again we must rediscover the true meaning of “freedom”.

The Founding Fathers of our republic shared a common understanding of freedom, not just as political independence from Great Britain, but personal independence. Their notion of freedom was the absence of interference into the daily life and destiny of individuals by other men, government, or institutions. Of course, in order to preserve and protect freedom, individuals would have to accept some inevitable interaction with government, as long as it was minimized to the greatest extent practicable.

In other words, this concept of freedom is self-reliant.

This freedom declared, “I am made in the image of God endowed by Him with everything I need to pursue the life of my choosing. It matters not who my father was, I am not bound to his station in life. I am free to succeed on my own merit. I expect government to protect me from the evil acts of others – repel foreign invaders, punish the wicked at home, then leave me alone.”

In stark contrast, the self-indulgent version deforms the very nature of how we were created. It’s a decadent idea that makes you think, “I was born this way and there is nothing I can do about it. I demand government protect me from myself and others—clothe me, feed me, shelter me and tax someone else to pay for it. With my material needs met I am ‘free’ to pursue anything and everything which brings me pleasure or makes me feel better about myself and no one can judge me for it.”

Looking back on the failures of the past can inform the way we look forward to successes of the future. We can and should begin by embracing the Founders’ concept of freedom.

What better day to start than on Independence Day?

Learn more about the Founding Fathers vision for every American to live out their faith. Watch our exclusive take on the “Free Exercise” Clause of the First Amendment.