Is “Progressive” H.R. Helping or Harming Religious Freedom in the Workplace? 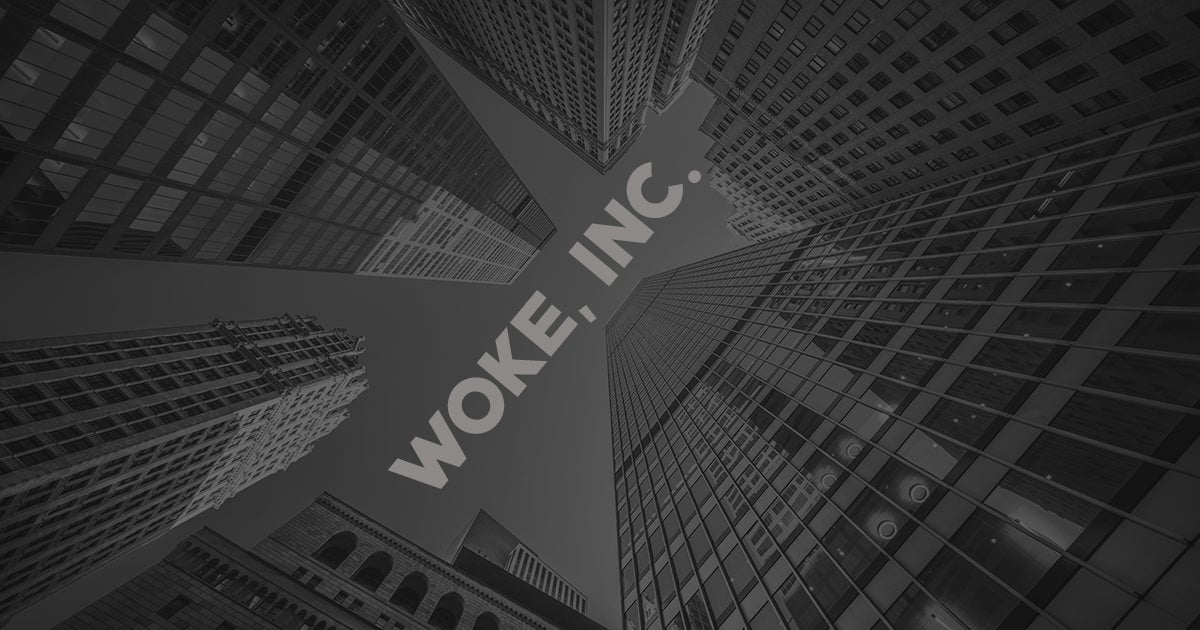 In America today, radical ideologies appear to be infiltrating virtually every sphere of our lives—including our workplace. Increasingly, we’re witnessing companies adopting a new agenda known as Diversity, Equity and Inclusion (DEI). But like many of the ideologies pushed by the Left, this policy has grown out of control and threatens to do more damage than good for religious employees.

You may have heard of new DEI quotas in your place of work or on a college admissions board. But what is DEI? It’s when a company or institution adopts a policy that specifically favors one group (i.e., racial minorities, LGBTQ individuals, women) in employment practices, decisions, and policies over others. While it may sound noble (spoiler alert: it is not), the DEI agenda is a harmful practice that proactively encourages discrimination.

One group that increasingly falls victim to the DEI agenda is religious people. The same agenda that promises to increase diversity, equity and inclusion in all spaces has led to the exclusion, alienation and even the “canceling” of people of faith in the modern workplace.

Religious Americans shoulder the consequences of this discriminatory behavior by corporations. It is people of faith who are often fired, docked pay, prevented from advancing, face discrimination and retaliation, alienation in the workplace, and many more prejudiced actions.

While many corporations continue jumping on the “woke” bandwagon and adopting DEI policies, the law as it stands today is clear: Companies cannot discriminate against people on the basis of religion. Title VII of the Civil Rights Act explicitly states that religious individuals are a protected class. Proponents of the DEI Agenda casually gloss over this fact as they disregard any need to create an environment where religious diversity is even accepted, let alone encouraged.

Far from being used to prevent religious discrimination in the workplace, DEI has instead become a form of “soft totalitarianism.” It’s turned into an intolerant policy used to force people of faith to celebrate ideas or actions that go against their religious beliefs. And if they don’t, they risk losing their jobs.

Former EEOC General Counsel Explains Your Rights in the Workplace

The former General Counsel of the U.S. Equal Employment and Opportunity Commission (EEOC) who now serves as Of Counsel for First Liberty, Sharon Gustafson, offers several compelling reasons the DEI Agenda ought to protect religious individuals. She’s had a stellar career with over thirty (30) years in employment law. Speaking recently at a conference for the Federalist Society, she argued for the protection of religious individuals under the laws of the land that already exist.

The video below discusses the law and the real issues Americans of faith are facing in the workplace. Find out how the DEI Agenda has become the problem in promoting diversity, equity and inclusion while people of faith are painted as bigoted and uncooperative.

As the DEI agenda threatens to crowd out people of faith from the marketplace, First Liberty is on the frontlines defending religious individuals from this new form of discrimination.

Right now, our legal team is fighting a critical case against Alaska Airlines. The company fired our client Lacey Smith and another flight attendant for questioning the company’s support of the Equality Act based on their religious beliefs on an employee-only page. This case could help set a precedent to stop the toxic cancel culture and the “woke” corporate policies that continually threaten the livelihood of people of faith in the workplace.

When Alaska Airlines declared on the company’s internal message board its support of the passage of the deceptively-named “Equality Act,” it invited employees to comment. Lacey responded on the company’s online forum with a simple, genuine question about her employer’s support for the legislation. Lacey asked, “As a company, do you think it’s possible to regulate morality?”

The company responded to Lacey’s question by telling her that “defining gender identity or sexual orientation as a moral issue…is…a discriminatory statement.”

In other words, Lacey asking a question to clarify the company’s position was—according to Alaska Airlines—itself an act of discrimination, one which ultimately led to her being fired from the job she loved.

The outcome of this case could impact the lives of millions of Americans—and that’s why First Liberty is stepping up in this critical legal battlefront with woke corporations. By defending Lacey, we’re not just fighting to change the “cancel culture” of Alaska Airlines. We’re taking a stand against injustice to hold corporate America to our country’s historic commitment to religious freedom.

The corporate “canceling” of Lacey by Alaska Airlines makes a mockery of laws that protect religious Americans from discrimination. With your support, we can help ensure Americans are not canceled because of their religious beliefs.

Will you consider a much-needed gift to First Liberty to protect Lacey and the many others who are singled out for their faith in the workplace? 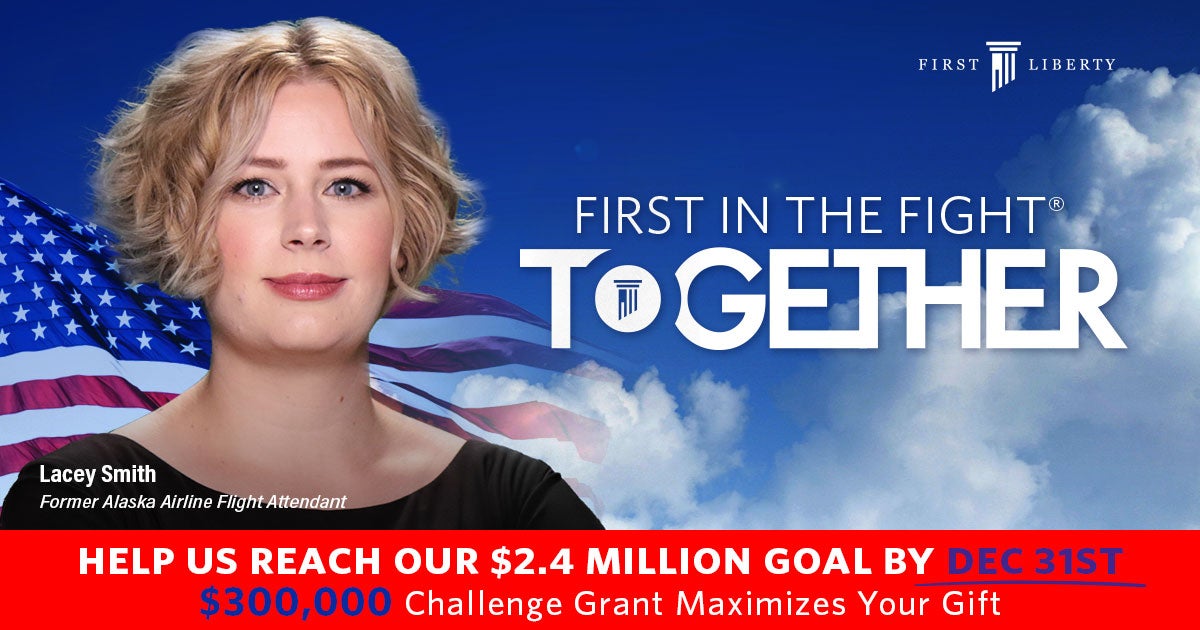