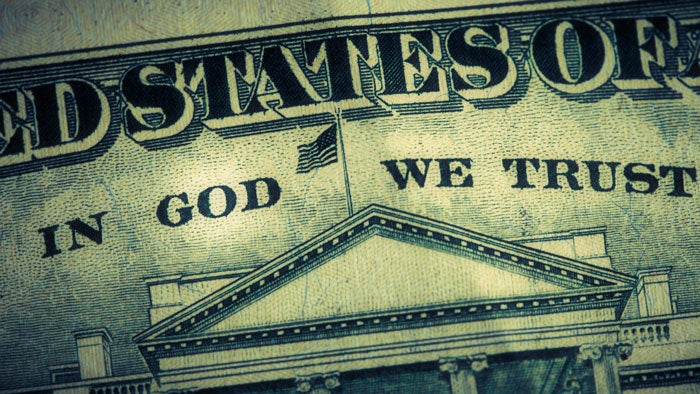 New research suggests that religious liberty is generally beneficial to a state’s economy, refuting the suggestions of some corporate executives and Hollywood elites who have been protesting religious freedom laws enacted by the people’s representatives in several states.

BATTLE FOR RELIGIOUS FREEDOM IN THE STATES

In the past two months, lawmakers in Mississippi and Georgia presented proposed laws affirming their citizens’ freedom to believe and openly live out their religious beliefs, including their views about the definition of marriage.

Missouri debated whether to place a religious freedom amendment to its state constitution on the ballot for voters to approve. The central issue of the possible Missouri amendment is one’s freedom to live according to his or her personal, faith-based definition of marriage.

All have made national headlines for the hostility to these bills shown by some corporate executives who warn of dire economic consequences should the legislatures’ bills be enacted.

The recent study reveals that the majority of states projected to have the most economic success in the future already have religious liberty protection laws in place, either via legislation or state court decisions.

As for two of the states currently facing merciless criticism from leaders of large corporations? North Carolina ranks number two on the Economic Outlook Rankings, and Mississippi is at 17 out of all 50 states. With incentives such as low taxes, lower cost of living, responsible budgeting, and populations with strong work ethics, there is little reason to believe passing laws protecting the freedom of the majority of those states’ citizens will somehow grind their commerce to halt.

“When people have freedom, including the freedom to exercise their beliefs freely, they thrive—and therefore society and the economy thrive,” said Kelly Shackelford, First Liberty President and CEO.

Members of Congress are sending a similar message to some other corporation executives who recently condemned religious liberty protection laws.

Earlier this month, the Congressional Prayer Caucus Foundation sent a letter to leaders of the NFL, Big 12, NCAA, Marvel, and Disney—all companies who threatened to boycott Georgia or Missouri should they pass proposed religious liberty legislation. Similar threats were made against Mississippi and North Carolina.

In their letter to the five corporations who protested these bills, 86 Representatives, 20 Senators, and one former Representative appeal to human dignity:

“Human dignity requires that a person be free to exercise his or her religious faith; and that no government entity will discriminate or oppress a person based on the person’s thoughts or beliefs.

Freedom of conscience and…[free] exercise of religion can include nothing less than the way a person lives all aspects of his or her life. As a nation, our laws must encourage and support, not penalize, citizens who seek to adhere to their moral convictions.”

And as for the executives’ claim that state religious freedom protections will hurt business and their threats to take their own business elsewhere? These members of Congress offer some perspective.

“If you were to remove your events and other economic activities from every state that already has significant religious liberty legislation or state court decisions with the same effect, you will find yourselves operating in an increasingly shrinking pool of states. As of now, 32 states contain these, and others are in the process of adoption.”

“Your efforts are indeed forging a path that contradicts and undermines the principles and concepts that our Founders incorporated as the building blocks of this Constitutional Republic,” the lawmakers write.

The Congressional Prayer Caucus Foundation’s letter suggests that some business executives may be “misinformed and misguided into a position of condoning and promoting government use of force of law against people of faith in America.”

Others, according to Kelly Shackelford, are simply hostile to religion.

“Attacks to religious freedom are at an all-time high,” Shackelford said. “It’s time for Americans of faith—from employees, to ministers, to elected officials—to stand up and defend religious freedom as these representatives and senators have done.”