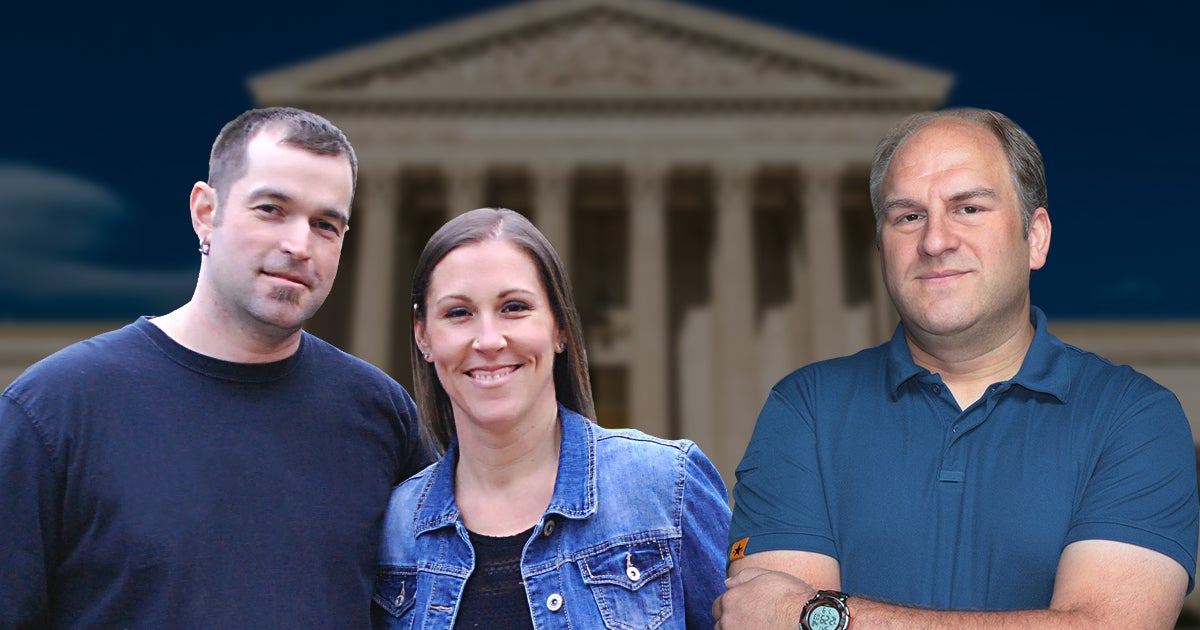 By God’s grace and thanks to your continued support, 2022 has been a tremendously fruitful year for First Liberty. The two landmark victories at the U.S. Supreme Court in our Coach Kennedy and Treat Children Fairly cases—as well as the many wins we secured in federal courts and communities all across America—are renewing hope for the future of religious liberty in our country.

As we reflect on this year’s success and blessings, there are many reasons to be optimistic about the New Year. We’ve made huge progress in the fight to restore faith and freedom in America. But this doesn’t mean we can sit back. The battle is far from over.

Now, more than ever, we are in a position to go on offense together. Now, it’s time to capitalize on our success, and we need YOUR SUPPORT to continue building on this momentum.

Looking ahead to 2023, we’ve already appealed two cases to the U.S. Supreme Court and it’s possible a decision could come as early as the first week of January. This means the Court could announce if it will hear oral argument or potentially issue a written decision in these vital cases:

For our legal team, this looming deadline gives us LESS THAN A MONTH to present everything—legal briefs, arguments, facts and all the necessary evidence—the Supreme Court needs to evaluate these cases. With the stakes at an all-time high and the clock ticking, our attorneys will be working diligently this holiday season to make sure everything is razor-sharp for submission to the Court.

This is a huge opportunity, and First Liberty is really counting on your generous support to make the most of it. This December, we need to finish the year in a strong financial position. And if you give during our Calendar Year End campaign, you could be part of something very special.

This year, you could have a hand in securing not one…not two… but possibly three or four religious freedom wins at the Supreme Court in remarkably short time. Only God could provide such a miraculous result and opportunity.

As a First Liberty supporter, you are a Force Multiplier who made it possible to take case after case to the highest court in the land. And you know that fighting—and no less, WINNING—a Supreme Court case demands an enormous amount of financial support.

In 2022, we poured a tremendous portion of our resources to achieve two precedent-setting victories at the nation’s highest court. The hundreds of work hours, manpower and finances we devoted to these cases were worth every penny, of course. The investment is clearly paying off. We’ve opened the floodgates so that Americans can freely live out their faith and enjoy more religious liberty than they’ve had in more than 50 years.

Now, with two more Supreme Court cases before us, we must replenish our resources. As we start our most important revenue month of the year, we need more than $6.02 million to catch up and be where we were last year on budget at year end.

The honest truth is, we can’t risk falling short of our revenue goals. There’s simply too much at stake. We must be faithful and good stewards with the opportunities God is creating during this special time. And that’s where you play a unique role.

Your gift this month—whether it’s $5, $50, $500 or more—is going to make all the difference. The multiplied impact of your donation is evident. If your support, and God’s favor, helped us win two cases at the Supreme Court, think of the massive change you can help usher in with a total of four wins.

Thank you for entrusting us with your gifts. We’re beyond blessed to have you as one of our allies and supporters.

We pray and ask that you would give generously to First Liberty. Your support this December will help put us in a position to keep winning for you…and for what matters most to you: a country where your church, your community, your children and grandchildren are free to worship God. 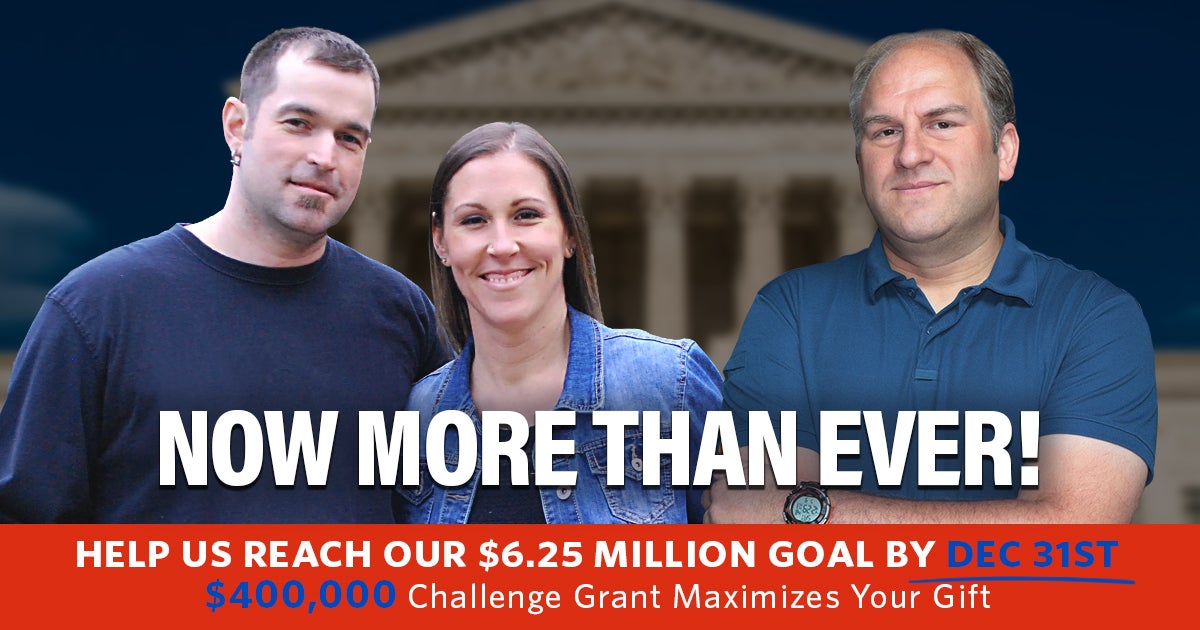