Judge Tammy Kemp Is A Model for Us All 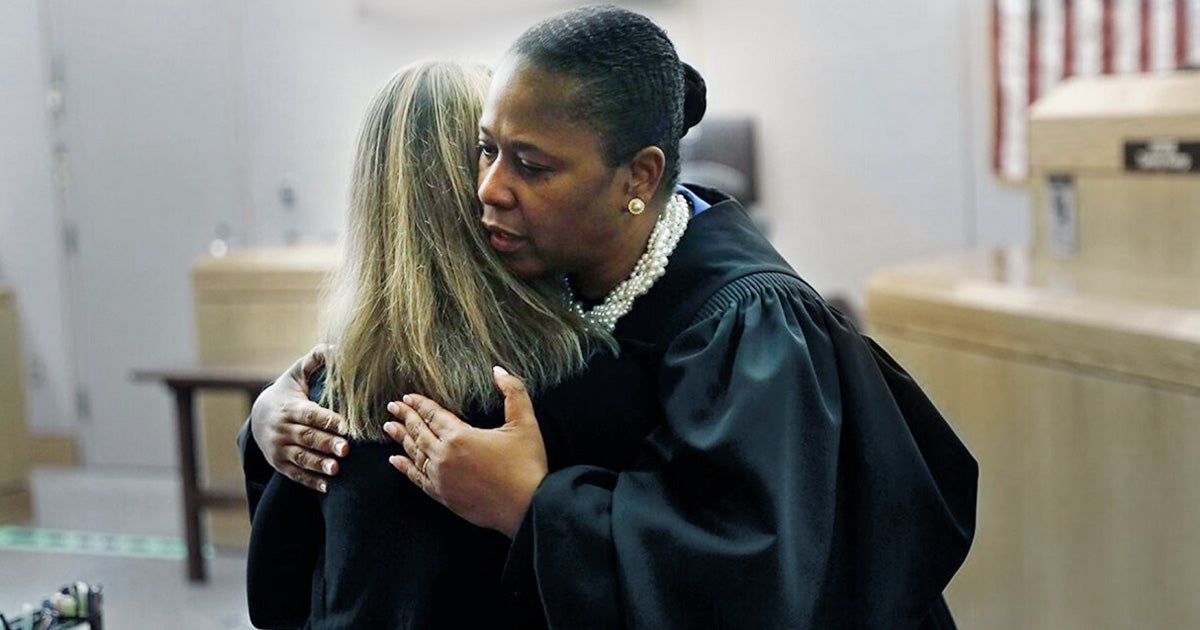 Everyone has been moved by the remarkable story of forgiveness and mercy of Brandt Jean, brother of Botham Jean—who was tragically killed last year by a Dallas police officer in his own apartment. A day later, it is impossible to scroll through any social media platform today and miss Brandt’s statement and the hug heard round the world.

Many have also taken note of Judge Tammy Kemp’s actions. Not only did the presiding judge allow the transformational hug to occur; when sentencing was complete, Judge Kemp descended from the bench, grabbed her personal Bible and presented it to the newly sentenced felon, Amber Guyger.

Sadly, not everyone sees the beauty of yesterday’s moment of reconciliation. Ignoring the example of humanity, healing, and mercy demonstrated by Brandt Jean and Judge Kemp, the Freedom From Religion Foundation (FFRF) stepped in to ruin the moment, dividing with complaints rather than uniting with understanding.

This afternoon, the Foundation of atheists, secularists, and “free-thinkers” filed a complaint with the Texas Commission on Judicial Conduct (CJC). The CJC hears ethical concerns of the state’s judiciary: justices of the peace, judges, and justices. This isn’t the first time the Foundation has complained to the CJC.

The Foundation now accuses Judge Tammy Kemp of judicial misconduct for handing Guyger her personal Bible. They accuse the judge—clearly moved by the example of mercy and kindness shown by the brother of the man slain by Guyger—of “abuse of power” and of using the “privilege of [her office] to preach [her] personal religious beliefs.”

Their complaint to the CJC demands that the commission “investigate these actions and educate Kemp on her obligation to remain neutral on matters of religion to prevent future misconduct.”

We at First Liberty Institute would be only too pleased to represent Judge Kemp, should she require a legal defense. Judge Kemp should be permitted to be human, including the parts of her humanity informed by her religious beliefs. Indeed, any judge that hands any holy writ to anyone in an effort to encourage the improvement of his or her life is worth legally defending.

Earlier today, my boss, Hiram Sasser, said: “FFRF is protesting Judge Kemp rather than joining the rest of the nation celebrating the compassion and mercy Judge Kemp demonstrated. We should all be thankful the law allows Judge Kemp’s actions and we stand with her and will gladly lead the charge in defending her noble and legal actions.”

I can only add that what Brandt Jean and Judge Kemp have done for the community in demonstrating forgiveness, mercy, and grace has done more to restore hope, healing, and humanity for Dallas—and, let’s be honest, civility for the nation at-large—than any life sentence could have brought.

And, if you’re wondering about whether by the technical point of the law, the Foundation may have a point—please don’t. Our country has a longstanding tradition of understanding that our leaders have a professional, official role and yet may also retain their personal humanity. History is replete with examples of judges balancing their official duties, yet their faith also informing all aspects of their lives. After The American Legion v. AHA, such longstanding, religiously expressive activities ought to be presumed constitutional.

This is not the first attack on the personal faith of a public official—not even this week. Earlier this week, the Foundation intimidated a sheriff from Alabama from taking part in a candlelight vigil over the increase of crime that is devastating his community. They recently forced a school district in Missouri to stop a team chaplain from praying with his football players after the game.

If the Foundation had its druthers, it would have the kind of government Justice Alito warned against in The American Legion: “A government that roams the land, tearing down monuments with religious symbolism and scrubbing away any reference to the divine will strike many as aggressively hostile to religion.”

*This article was originally published on the Daily Wire on October 4, 2019.

Religious liberty opponents continue to hound and badger federal nominees about their religious beliefs to keep them from serving in public office. Learn more about religious tests for office and why they are unconstitutional.