A new rule just passed by the American Bar Association targets attorneys and judges over their private speech or religious beliefs. 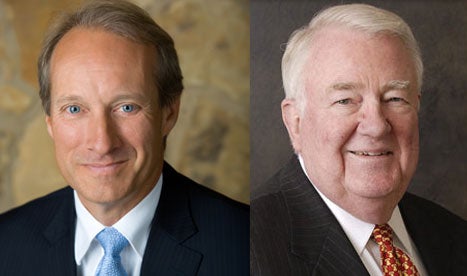 A new rule from the American Bar Association has the potential to punish free speech and religious freedom. First Liberty Institute and a top member of the Reagan administration are speaking out against it.

If adopted by state bar associations, the amended rule could inhibit the free speech and religious liberty rights of attorneys, judges, and potential clients—even in their own churches and homes.

“The scope of this new rule passed by the ABA is extremely broad and unprecedented, because for the first time, the state bar is regulating speech in every aspect of an attorney’s life,” said Cleve Doty, Counsel for First Liberty. “If you’re an attorney or a judge, this rule would give authorities the power to punish you for what you do or say—whether you’re in your Sunday school class or at a dinner party with friends.”

Even in such reasonably private settings, all it would take under the new rule is for someone to take offense at your words in order for it to affect your livelihood, Doty added.

The proposed amendment to Model Rule 8.4—which deals with standards of conduct within the legal profession—would make it unethical for a lawyer to engage in public speech or social activities supporting traditional views on controversial issues such as marriage, immigration, and sexual identity.

Once the ABA passes a model rule, it becomes a guideline eligible for adoption by state bar associations. Sometimes they alter it before adopting it; sometimes, they adopt it as-is.

This means that the amended Model Rule 8.4 could quickly become an actual rule in many states. And once a state bar adopts a rule, all attorneys in that state must obey the rule or risk their license to practice law in that state. If adopted nationally, the new rule could automatically disbar any attorney or judge—simply because of their private speech or personal religious beliefs.

MEESE AND SHACKELFORD’S LETTER TO THE ABA

In the letter to the ABA sent Monday—one day before the rule officially passed—Meese and Shackelford argue that Model Rule 8.4, with the new amendment, contradicts the core of what America stands for:

“This proposed rule violates the very spirit—in addition to the text—of the First Amendment’s guarantees, and transgresses the most fundamental principles that American lawyers have adhered to since 1776 regarding a lawyer’s right to express and live out his own belief system.”

They also point to the majority opinion in last year’s Supreme Court decision in Obergefell v. Hodges, the case that legalized same-sex marriage. According to Meese and Shackelford, the opinion affirmed that “people of faith must be allowed to hold differing views on controversial issues.”

The attorneys contend that by issuing a model rule that forbids attorneys and judges from speaking out on certain sides of controversial issues, the ABA is defying the Constitution.

WHY THIS MATTERS—AND WHAT TO EXPECT NEXT

The rule could extend beyond the legal profession.

Doty said it could affect potential clients who are facing discrimination for their religious or political viewpoints. Where attorneys may have come to their legal defense before, they might now back away, fearful of losing their license by representing a controversial client.

“It’s inconsistent,” Doty said. “Attorneys are allowed to represent thieves, murderers, and child molesters—but now, if states accept this rule, attorneys could lose their license for defending a client who believes in traditional marriage.”

There’s no way to predict the real impact until state bars adopt the rule and something happens,” Doty said. “But in the meantime, First Liberty attorneys, with partners like Meese, will be busy educating people about its dangers.”

“All of us as citizens must be willing to stand for these rights,” Shackelford said. “That’s what we’ve done with our letter to the ABA.”

He added, “We were honored to partner with Ed Meese on this important letter to the ABA. As the 75th Attorney General of the United States, Meese understands the danger that would result from ABA’s Model Rule 8.4. Even though the ABA passed the rule, I believe our joint letter will have a significant impact on the way people choose to implement it.”