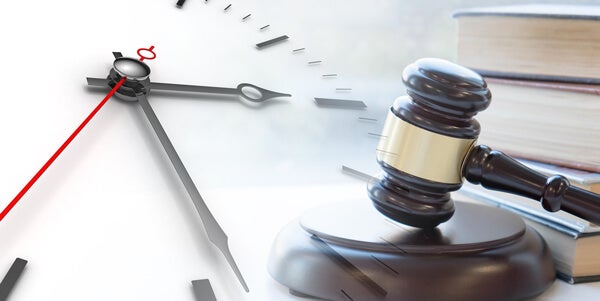 The clock is ticking…

With a contentious midterm election looming in November, the time to confirm judges to America’s federal courts could be running out.

In the U.S. Senate, Republicans wield a razor-thin 51-49 majority, which already makes it an uphill battle to vet, vote, and confirm President Trump’s judicial nominees. And if that majority is lost, it may be nearly impossible for more conservative, originalist, pro-religious freedom judges to be seated on the federal bench.

But right now, there is still time to make use of that majority.

First Liberty is taking a lead role in an initiative to prompt Majority Leader Mitch McConnell and the Senate to streamline its rules and procedures so that more of President Trump’s nominees can be confirmed without unnecessary obstruction.

Last week, First Liberty President and CEO, Kelly Shackelford, along with 12 other respected conservative legal firms, sent a letter urging a change to the “30-hour rule,” which would allow the Senate to operate more efficiently and even confirm several judges in a single day. 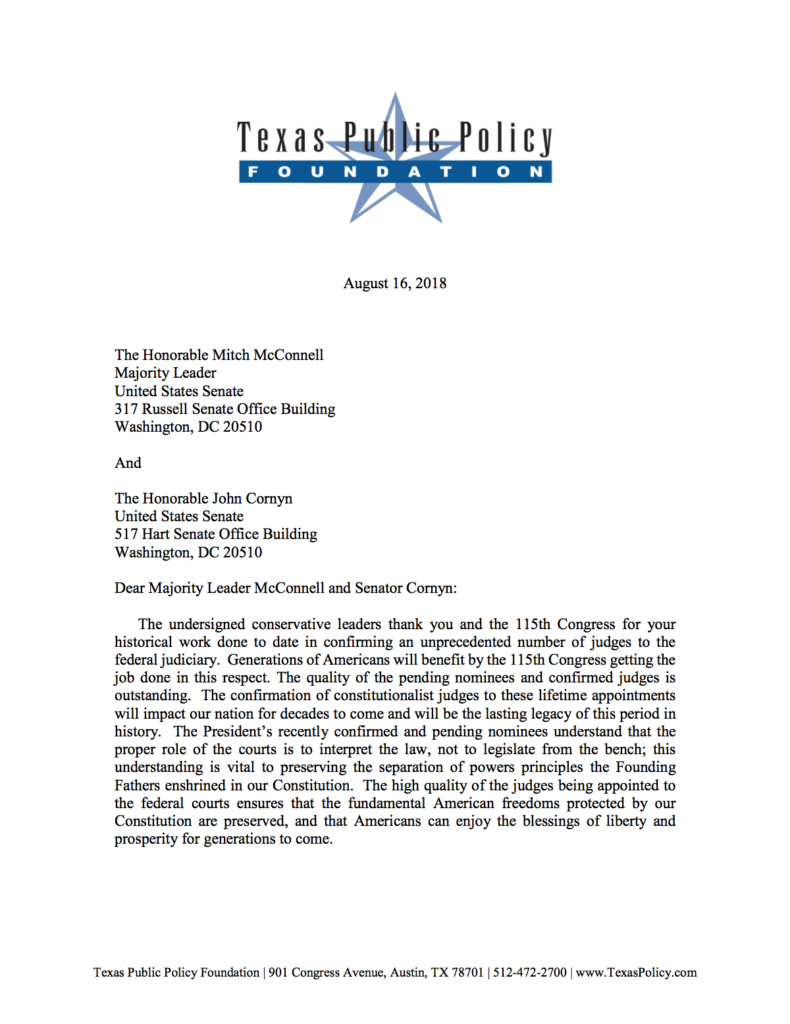 Currently, President Trump and Senate Republicans have confirmed 24 judges to the Circuit Courts – the nation’s second highest judicial bodies. But they need to keep the momentum going and remove unnecessary hurdles if they are going to fill the remaining 13 Circuit Court vacancies, as well as the numerous district courts seats waiting to be filled.

And filling those benches with principled, originalist judges is key, especially because Circuit Court judges have a profound impact in either affirming – or eroding – religious liberty.

What would happen if the Senate doesn’t get its act together sooner rather than later?

Likely, the success that the President and Republican Senators have had in confirming a record-number of circuit judges would be remembered as nothing more than a great start…

And that’s why First Liberty is stepping up and leading the effort to urge the Senate to follow through and get America’s judiciary to work at full capacity.

Judge Sul Ozerden: The Wrong Pick for the Fifth Circuit.

In the coming weeks the eyes of the nation will be focused on the hearings and proceedings to confirm Judge Brett Kavanaugh, President Trump’s pick for the current Supreme Court vacancy. And that’s why we must take advantage of this critical time to shine a light on the backlog of vacancies that’s been brewing in the Senate.

This is a time to remind the Senate that our nation’s circuit and district courts hear a grand majority of cases, including many cases that deeply affect our First Amendment rights and the religious liberties of millions of Americans. Often, those courts are the ones that issue the final word on key constitutional issues affecting Americans’ rights to express and to live according to their faith.

With your help, we can continue our effort to spur Mitch McConnell and the Senate Republicans toward action.

Stand with First Liberty during this critical time, as we petition the Senate to follow through on confirming originalist judges who will affirm religious freedom and to make the most of this once-in-a-generation opportunity to reshape our federal judiciary.

Learn more about President Trump’s judicial nominees and the power of federal courts.