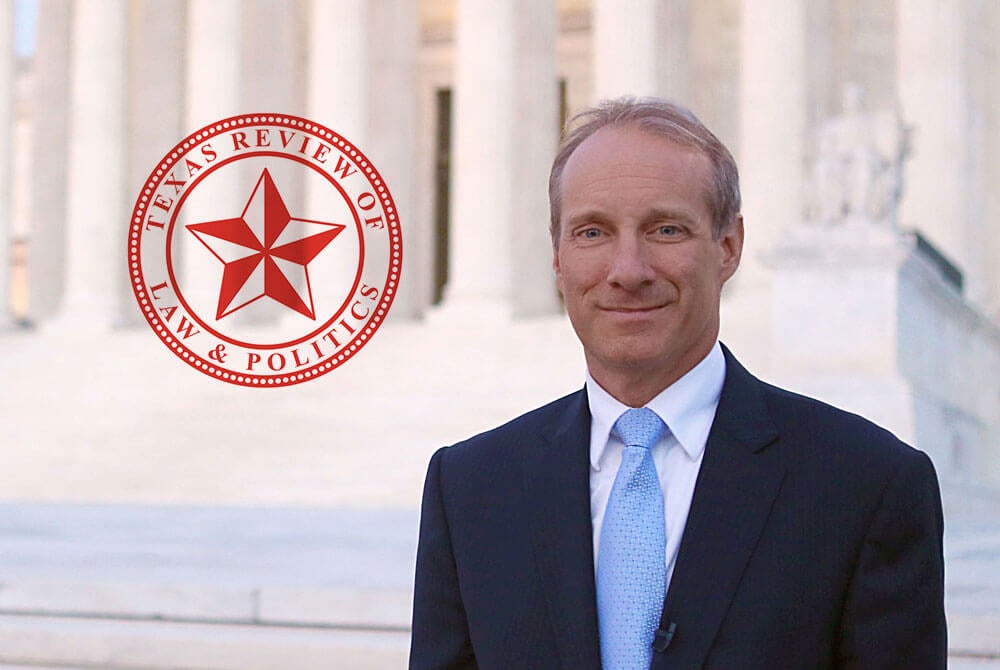 Religious freedom won a major victory outside the courtroom this week. Kelly Shackelford, First Liberty Institute’s President, CEO and Chief Counsel, will receive this prestigious award from the legal community— 2018 Jurist of the Year—a further recognition of the outstanding professionalism in defending religious liberty shown by First Liberty’s attorneys, including its Chief Counsel.

Each year, the Texas Review of Law & Politics (TROLP) hosts an annual black-tie banquet bringing together attorneys, legal judges and scholars, and leading conservatives from around the state and America at large. During this important event, one individual is recognized for making substantial contributions to the advancement of conservative legal principles.

This year, TROLP selected Kelly Shackelford as its 2018 Jurist of the Year.

“I feel honored to be receiving this award and to represent First Liberty Institute,” said Shackelford. “Many lawyers and judges in our nation dedicate their lives and careers to further conservative legal principles, and I am simply humbled to be chosen for such a respected distinction.” 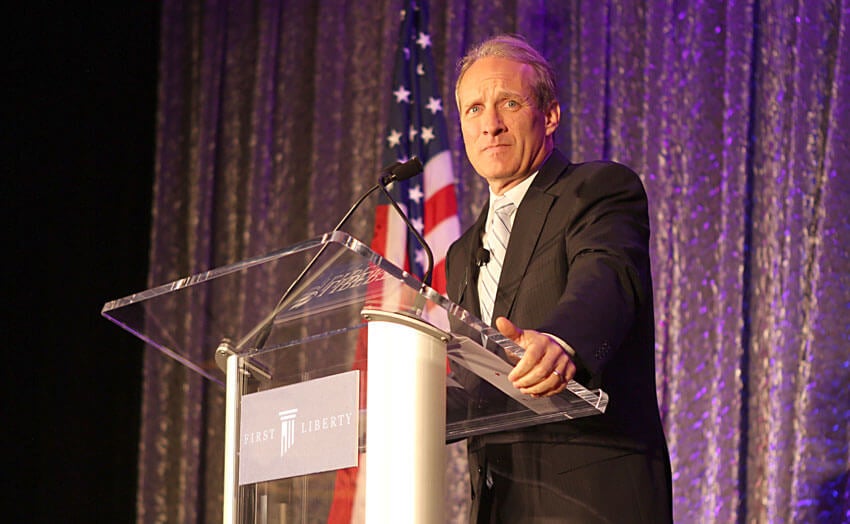 TROLP is a conservative law review dedicated to the discussion and debate of contemporary social issues, such as crime, federalism, constitutional history, the rule of law, and of course religious liberty.

Along with the Harvard Journal of Law & Public Policy, TROLP is overseen by some of the brightest legal minds inside one of America’s top law schools – and is recognized as a top-notch legal publication.

And this is precisely why Kelly Shackelford receiving the award is all the more meaningful, considering he’s been added to a list of renowned legal advocates. Previous Jurists of the Year recipients include:

MORE VICTORIES TO COME IN THE FUTURE

For Shackelford, the Jurist of the Year award is only one in a long list of accolades.

In less than 20 years, Shackelford has led the expansion First Liberty Institute from mostly Texas state matters into the nation’s largest legal organization solely dedicated to defending and protecting religious liberty across America.

Throughout the years, Shackelford has been recognized multiple times for his outstanding legal and advocacy work. In 2011, he was named one of the 25 greatest Texas lawyers of the past quarter-century by Texas Lawyer. He also received the prestigious William Bentley Ball Award for Life and Religious Freedom Defense for pioneering work protecting religious freedom.

A true visionary, Shackelford has guided First Liberty Institute to fulfill the mission he has had for the company from the beginning. And he’s still far from finished.

Today, his leadership shines brighter than ever, as First Liberty Institute continues to bolster its elite legal team – gathering some of the brightest legal minds in the country to protect our nation’s first freedom. In addition to opening its newest office in the nation’s capital, First Liberty is also fighting a record number of cases that are on their way to the U.S. Supreme Court in just this year alone.

“The cases we have pending at the Supreme Court could affect religious freedom for an entire generation,” added Shackelford. “This year will be critical for religious liberty in America and I’m excited that First Liberty is taking part in what is a truly historic moment for our nation.”

For all of Shackelford’s many achievements and milestones over the years, you can be sure of one thing: the best is yet to come.

On behalf of all of us at First Liberty Institute and our thousands of supporters nationwide, we say: Congratulations, Kelly!