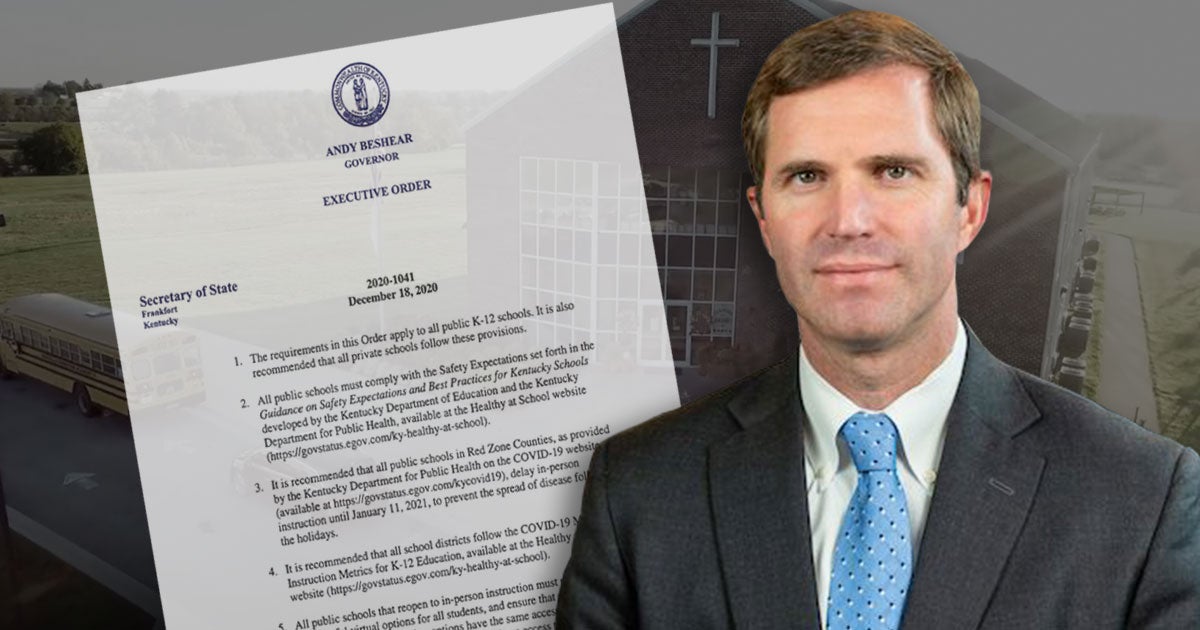 First Liberty recently received a response from the U.S. Supreme Court in our challenge of the Kentucky Governor Andy Beshear’s unlawful shutdown of all private, faith-based schools in the Bluegrass State.

In its ruling, the Court refused to grant temporary emergency relief for our client, Danville Christian Academy (DCA), because of the recent winter break from classes. Several weeks ago, First Liberty filed a petition on behalf of DCA challenging the Governor’s orders that prohibited religious schools from holding in-person instruction, even though they fully complied with the state’s strict health and safety measures.

Although we would have liked the Court to rule on the merits of the case, there’s an encouraging silver lining: The opinion offered a pathway back to the nation’s highest court if the Kentucky Governor decides to impose discriminatory restrictions on private-faith based schools when classes resume in less than a couple of weeks.

In the First Liberty Live! interview below First Liberty’s Director of Litigation David Hacker breaks down the Supreme Court’s decision in more detail, and what it means moving forward:

The good news—especially as we kick off this New Year—is that it appears that Governor Beshear is seeing the light in regards to the constitutional right of religious schools to practice their faith through religious education.

In a new executive order issued on Dec. 21st, the Governor changed his tune and will no longer mandate public school districts to stop in-person instruction, which is set to resume on Jan. 11. Importantly, the Governor’s most recent order does not mandate any restrictions on private schools, only making recommendations.

This updated set of guidelines is indeed an important victory for religious schools, giving them freedom safely gather for classes without discriminatory government interference.

Also, the new order is evidence that by standing strong together as ONE in this Essential Fight for our liberties, we can secure critical legal victories that remind government officials around the nation that our God-given rights are still protected during a crisis or pandemic.

Even better, we can be optimistic about the possibility of a future victory at the Supreme Court if Governor Beshear decides to run a play from his discriminatory playbook and reimpose unconstitutional and irrational orders against religious schools in 2021.

Let’s remember that in the Supreme Court’s recent opinion, Justices Alito and Gorsuch signaled that they are already on board:

“If the Governor does not allow classes to begin after the turn of the year, the applicants can file a new request for a preliminary injunction, and if the lower courts do not provide relief, the applicants may of course return to this Court.” – Justice Alito

“This Court has made clear it will no longer tolerate departures from the Constitution. That was the proper course in past cases, as I believe it is here. I would not leave in place yet another potentially unconstitutional decree, even for the next few weeks.” – Justice Gorsuch

Even with this and a wave of important triumphs for religious liberty, we need to be ever vigilant about government officials who are quick and prone to trample on our freedoms under the guise of a crisis, or under any excuse to protect the “public order.”

Rest assured, whether in Kentucky or other states, if government officials persist in undermining the Constitution or our First Amendment rights, First Liberty’s team of attorneys is ready to take legal action, to be first on the frontlines of this Essential Fight for our first and our most essential freedom.