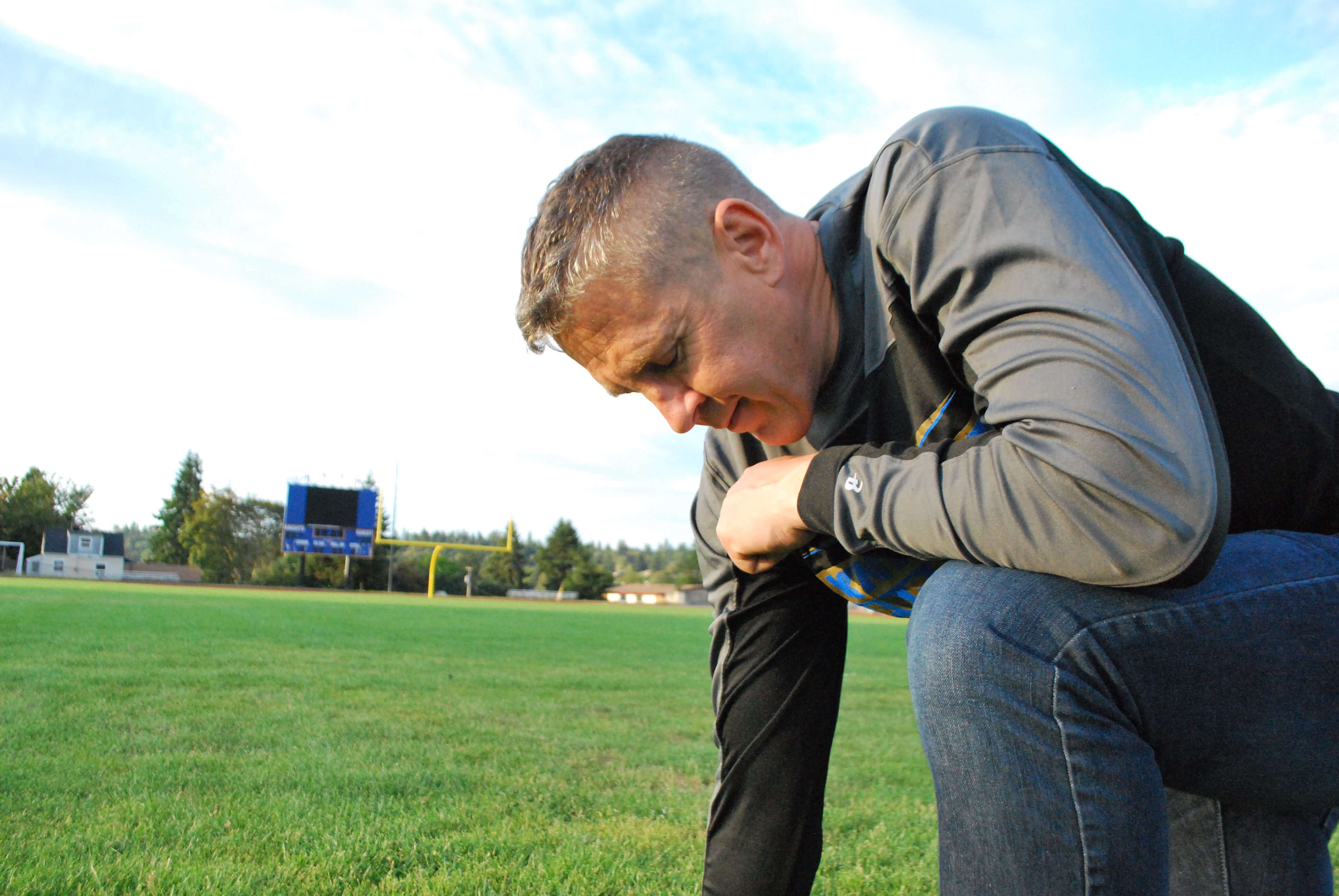 On Tuesday, First Liberty Institute filed a major federal lawsuit on behalf of Coach Joe Kennedy against the Bremerton Independent School District in Washington State. The lawsuit alleges that the school district violated Coach Kennedy’s First Amendment rights to free speech and to freely express his religion when it fired him for praying.

The suit seeks the immediate reinstatement of Coach Kennedy, and the right of Coach Kennedy to continue his quiet prayer at the 50-yard line after each game. Coach Kennedy is not seeking any monetary damages; merely his right to freely practice his faith, and coach the game he loves.

Late last year, the story exploded in the national media. Coach Kennedy was the head coach for the Bremerton High School junior varsity football team, something he began in 2008. Before he started coaching, Coach Kennedy made an agreement with God that he would thank God for his players after every game. Since his first game, he has taken a knee at the 50-yard line after every game and prayed.

Last fall, after receiving a compliment—not a complaint, a compliment—about Coach Kennedy’s practice of privately praying, the school district informed Coach Kennedy that if he did not cease praying he would be disciplined. The school district erroneously insisted that his prayer on the field could be interpreted as a violation of the Establishment Clause of the U.S. Constitution’s First Amendment.

First Liberty sent a letter to the school district, explaining that teachers and school administrators do not shed their rights upon entering school grounds. In the letter, First Liberty asked for a religious accommodation for Coach Kennedy. However, it was rejected by the school district and it banned him from praying. In fact, it even banned him from bowing his head after the football games or appearing to pray when players were around. The school district effectively banned all forms of visible religious expression.

Despite threat of termination, Coach Kennedy remained committed to God and continued praying. In October 2015, the School district suspended and then fired him.

“By firing Coach Kennedy for his religious expression,” said Mike Berry, Senior Counsel at First Liberty, “the Bremerton school district not only violated his First Amendment rights, but also his right under Title VII of the Civil Rights Act of 1964, which prohibits discrimination on the basis of religion.”

In May of 2016, Coach Kennedy was honored by the Family Policy Institute of Washington with the “Rosa Parks Courage Award” for his refusal to stop praying. At the event, NFL Hall of Fame member and former congressman Steve Largent delivered the keynote speech, sharing his personal story about how coaches like Kennedy are especially important.

“He always had the right thing to say,” one Bremerton High School graduate said, adding that on senior night, Kennedy often acted as the “parental figure” for players who didn’t have supportive parents.

Another player said Kennedy was there for him when life at home was tough: “He helped me. Just sat me down and talked to me about how it’s going to get better no matter what.”

Sports and coaches like Kennedy are important in the lives of young kids. There are many professional athletes who have an incredible coach that they always looked up to. To his team, Coach Kennedy is a man that lives the life he teaches. He encourages his players to stand up for what they believe in, and now he is taking a stand for what he believes in.

A MAJOR LAWSUIT WITH BIG IMPACT

First Liberty President & CEO Kelly Shackelford said, “This case is not only about Coach Kennedy, it is about the rights of all school employees to be able to live, work, and teach in accordance with their faith. If the government can fire an exemplary employee for private, personal prayer, where does its power to restrict religious freedom stop?”

The case casts a long shadow, which is why it could end up at the U.S. Supreme Court. In 1969, the Court declared that public school students and employees do not “shed their constitutional rights . . . at the schoolhouse gate” (Tinker v. Des Moines Independent Community School District). But that standard—used by First Liberty to win cases for years—is now on the line.

As Bremerton Independent School District’s policy stands now, not only is prayer banned, it would also prohibit all on-duty school employees from making the sign of the cross, wearing a yarmulke, headscarf, or a cross. First Liberty hopes the school district will see the error of their ways, will reinstate Coach Kennedy, and correct their policy. School employees should not be forced to choose between their jobs and their faith.

But if they do not, a court conflict is looming. The result will be an important precedent regarding the rights of all school employees to be able to engage in private religious expression, including prayer in public, without fear of getting fired.