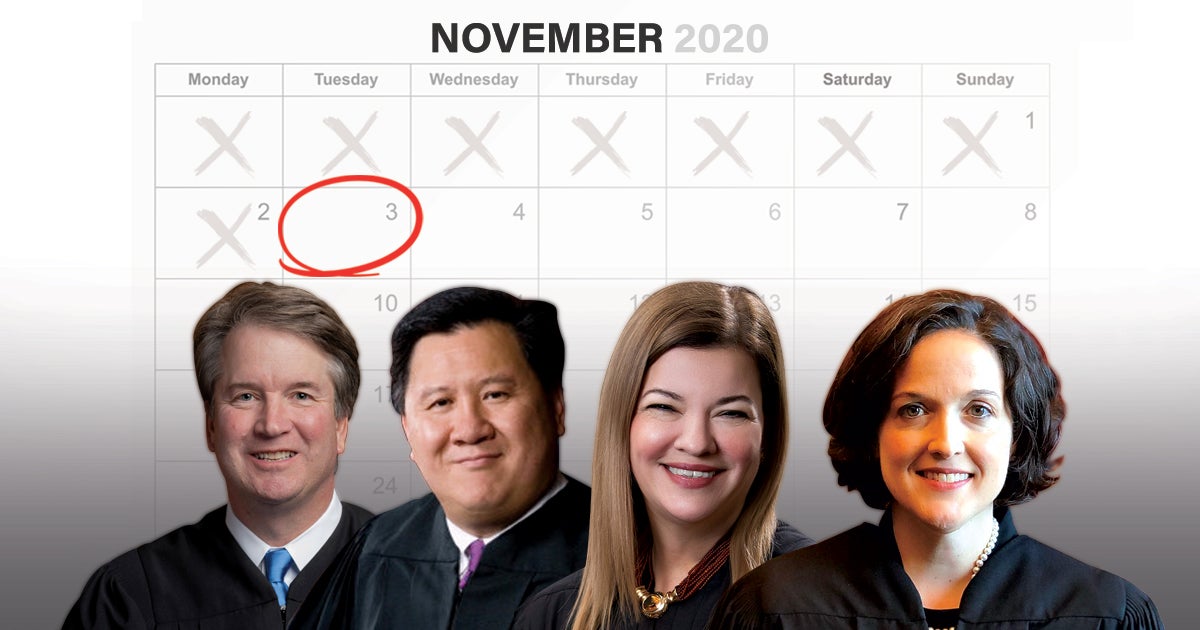 The 2020 election is quickly approaching, and there’s no doubt that the stakes for America, the Constitution and religious liberty have never been higher. And in this critical year, one area where we clearly see the consequences of elections is in the appointment of judges to our federal courts.

To date, the President and the administration have reached record-breaking numbers in federal judicial confirmations, with a total of 203 judges appointed across the judiciary and 53 of those judges confirmed to the federal courts of appeals.

Now, with less than 80 days remaining until Election Day, there are just under 80 vacancies left to fill in the federal judiciary. The graph below shows you a recent overview of vacancies and pending nominees: 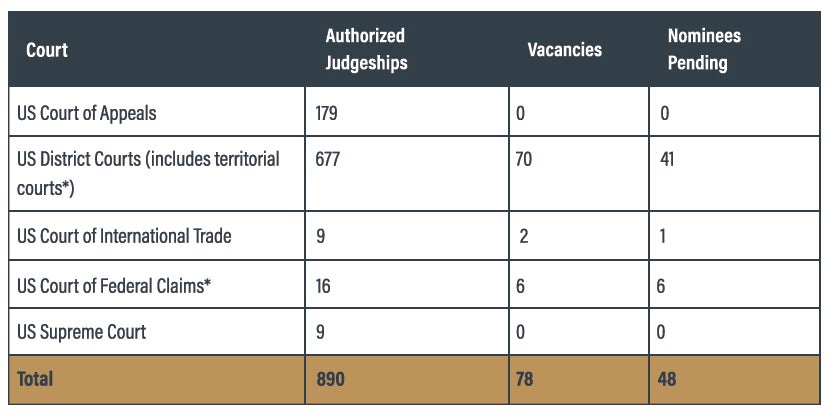 * Stats courtesy of the Administrative Office of U.S. Courts.

Although there are now zero vacancies in the federal courts of appeal, let’s just consider that if one (1) circuit court vacancy opened up, President Trump would have an opportunity to tie for first place with President Carter, who now holds the #1 record at 54 appellate judicial appointments.

For comparison, the graph below features a top 10 list of total number of federal judges (left column) and the total number of appellate judges (right column) appointed by U.S. presidents, at this point in their presidency: 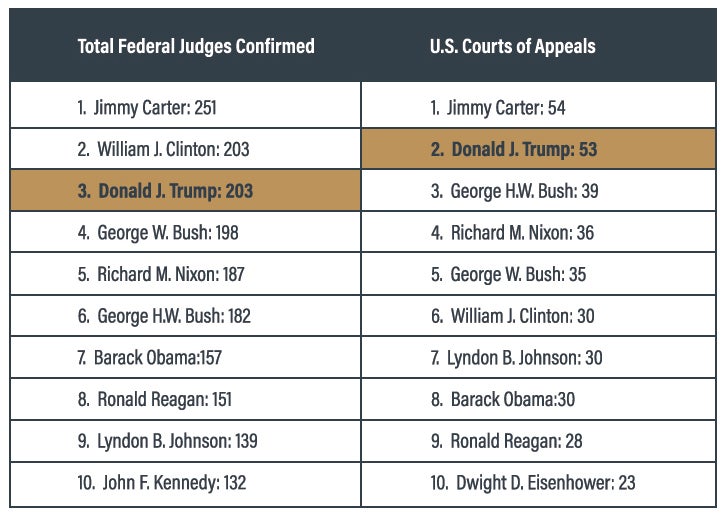 What’s more, if the administration were to fill all the remaining vacancies (just above 70), it could accomplish the remarkable feat of replacing 30% of the entire federal judiciary!

And let’s remember that judges confirmed so far (who’ve been evaluated by First Liberty) have records reflecting a strong commitment to the Constitution’s original intent and to protecting our God-given liberties, including religious freedom.

Even with the tremendous pace of confirmations over the last three and a half years, the next 12 weeks (about 70 or so days) could be the most decisive…the final opportunity to help ensure the federal judiciary is staffed with originalist, pro-religious freedom judges.

After November 3rd, this once-in-a-generation opportunity could be gone…and that means First Liberty has a very narrow window of time left to provide expert analysis to the administration and the U.S. Senate on the records of pending nominees.

As America faces a constitutional crisis unlike we’ve ever seen before, judges nominated for lifetime judgeships on our federal courts can have tremendous influence on our Constitutional freedoms—especially our freedom to live out our faith.

We need YOU to join First Liberty in this pivotal and definitive moment. With your financial support we can steer our nation and our courts “Back to the Constitution,” back to the first and most essential of all freedoms: religious liberty.