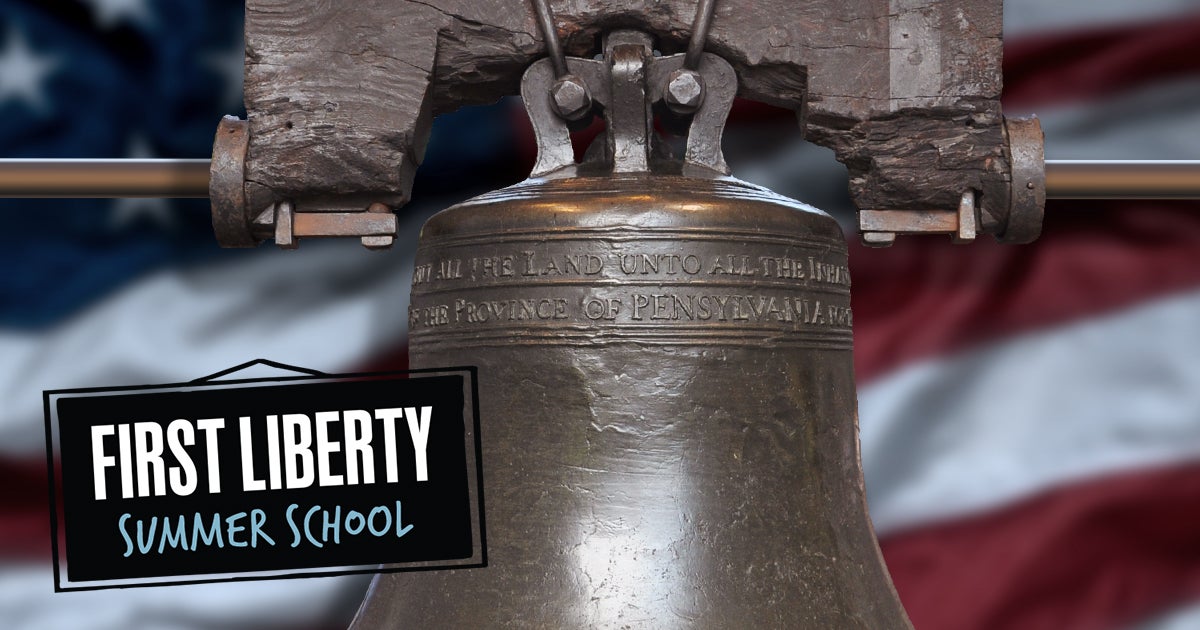 July 8th is Liberty Bell Day, celebrating the first public reading of the Declaration of Independence.

While Americans tend to overlook July 8th in favor of July 4th, Americans during the Founding Era would have done just the opposite. They did not have access to the document on July 4th, 1776. Two days earlier, they had only been alerted by their local paper of a document declaring independence:

“This day the CONTINENTAL CONGRESS declared the UNITED COLONIES FREE and INDEPENDENT STATES.” 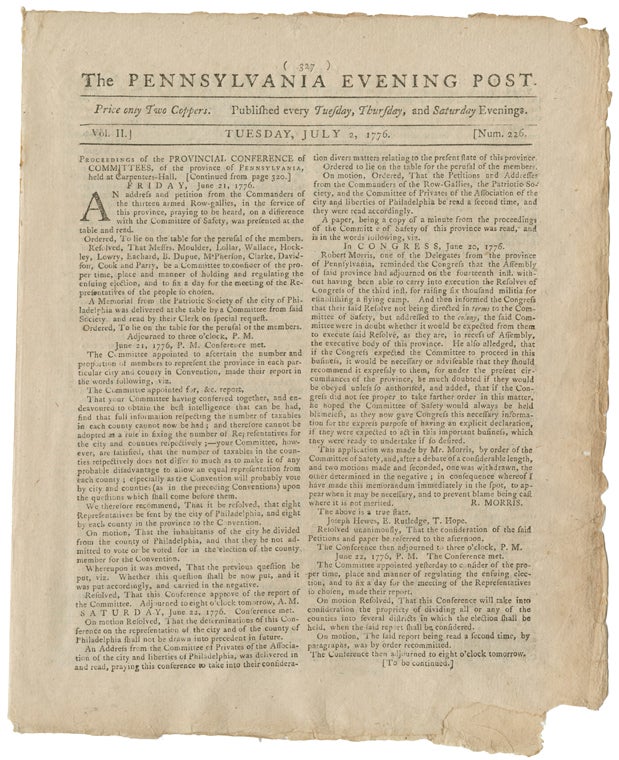 It wasn’t until July 8th that the people of Pennsylvania were finally able to celebrate the document publicly. On that day, the Liberty Bell was rung to announce the first public reading of the Declaration in the town square.

The 2,000 pound Liberty Bell was constructed in 1751 to celebrate the 50-year anniversary of Pennsylvania’s constitution. Purchased for the modern equivalent of about $29,000, it was commissioned by Isaac Norris and crafted by Thomas Lester of the London firm Lester and Pack. Sadly, the bell cracked on its first test in America. Two local Americans offered to recast it, and in June 1753, the recast bell was deemed satisfactory.

The lines of text around the top of the bell include the inscription of liberty, which features a Bible verse from Leviticus 25:10: “Proclaim Liberty Throughout All the Land Unto All the Inhabitants thereof.” This verse refers to the “Jubilee”, or the instructions to the Israelites to return property and free slaves every 50 years.

Directly underneath the Scripture is information about who ordered the bell (Pennsylvania Assembly) and why (to go in their State House): By Order of the ASSEMBLY of the Province of PENSYLVANIA [for the State House in PhiladA.

On the face are the names of the two Americans who recast the bell (John Pass and John Stow), where (Philadelphia) and when (1753). 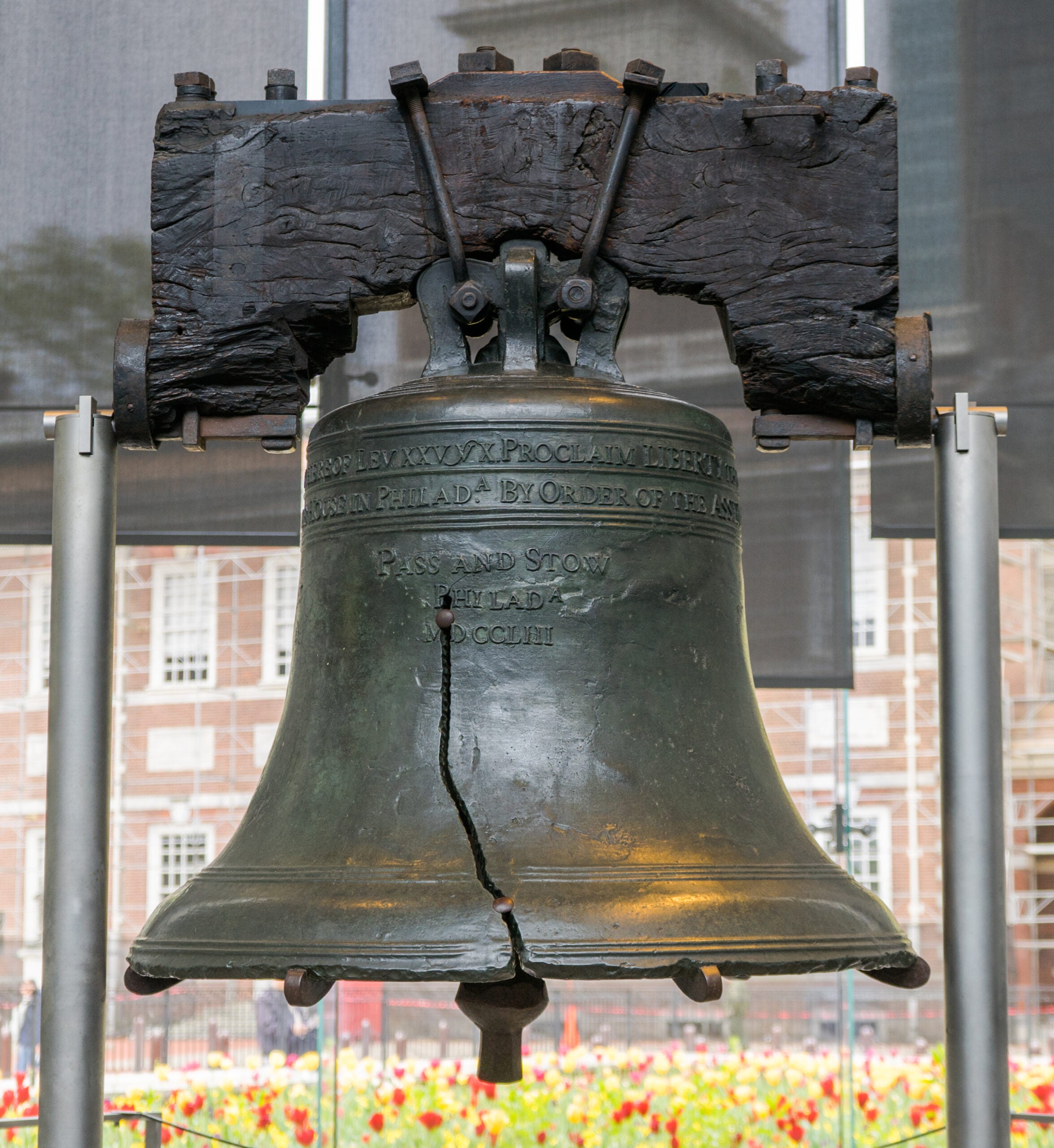 The bell didn’t just toll once to declare the reading of the Declaration. It tolled to notify the people of large gatherings (such as a discussion of Parliament’s Stamp Act), as well as to note special occasions, such as King George III’s 1761 ascension to the British throne, the battles of Lexington and Concord and the funeral of Chief Justice John Marshall.

Sometime between 1817 and 1846, the bell cracked a second time, rendering it nearly useless. But on D-Day—June 6, 1944—the old bell was dusted off and sounded one final time to announce the invasion of Europe on the beaches of Normandy, France. The dulled sound rang 7 times—once for each letter in the word L-I-B-E-R-T-Y.

The Liberty Bell represents more than a piece of metal. It’s a symbol of American independence and the freedoms the Founders fought for—the right to life, liberty and the pursuit of happiness. Many groups—from abolitionists to Civil Rights leaders—would look to the Liberty Bell for inspiration. In fact, Abolitionists were responsible for the renaming of the bell from the “State House bell” to the “Liberty Bell.” Famous abolitionist William Lloyd Garrison’s publication The Liberator published a poem about the Liberty Bell, which was the first documented use of the new name.

Why do we care about the Liberty Bell? Because at First Liberty, we believe American history is worth celebrating. Our symbols and founding documents should be remembered and taught.

In the madness of cancel culture, woke ideology and critical theory, there are some who choose only to attack and criticize our country. They repeatedly attempt to cancel the Constitution, bulldoze the statues of key historical figures, rewrite or even erase parts of America’s rich history and traditions.

Our history is not without its flaws. But for nearly 250 years, America has shone as a beacon of hope and liberty. The Declaration of Independence, the Constitution and iconic symbols such as the Liberty Bell have kindled the flame and inspired countless Americans to make this a “more perfect union.” Abolitionists, as well as the Civil Rights and Women’s Suffrage movements, were motivated by a profound understanding of the meaning of liberty and an earnest desire to see it produce fruit.

America’s history, symbols and values are not to be discarded. They are to be celebrated. Let us never forget the liberty that so many have fought for—and let us continue to fight, for our religious freedom, and for all liberties.