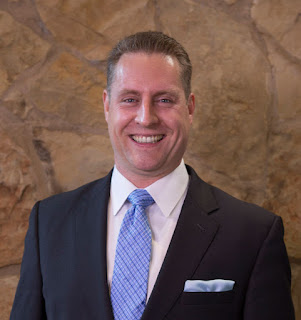 As another step in our effort to defend and restore religious freedom for more Americans, Liberty Institute announced this week that noted attorney, national bestselling author, and constitutional expert Kenneth A. (“Ken”) Klukowski is joining the Liberty Institute legal team as Senior Counsel and Director of Strategic Affairs.

“The growing threat against America’s religious liberties led us on a search for qualified additions to our team of constitutional experts,” said Liberty Institute President, CEO & Chief Counsel Kelly Shackelford. “Ken Klukowski exemplifies Liberty Institute’s tradition of excellence and dedication to defending the religious liberty of every American. He will expand our ability to assist clients whose religious liberty rights are being threatened as well as strengthening our connections with allies in Washington, D.C., and elsewhere to secure victories for religious liberty. We are excited to welcome Ken to the family.”

Ken Klukowski comes to Liberty Institute with a diverse background in law, public policy, politics, and media.  Previously, Ken served as Special Deputy Attorney General for the State of Indiana, on faculty at Liberty University School of Law, as senior fellow at the Center for Religious Liberty of the Family Research Council, and a fellow and senior analyst at the American Civil Rights Union. He also served as a law clerk to Chief Judge Alice Batchelder of the U.S. Court of Appeals for the Sixth Circuit.

His published work includes coauthoring two books: the national bestseller The Blueprint: Obama’s Plan to Subvert the Constitution and Build an Imperial Presidency, and Resurgent: How Constitutional Conservatism Can Save America,published by Simon & Schuster.  He has authored eight law review articles, and lectured and debated at over 70 laws schools throughout the country on constitutional principles. He is also a respected legal journalist with numerous articles published at the Wall Street Journal, New York Post, and Investor’s Business Daily, among other publications, as well as working as legal editor with Breitbart News Network.

In 2011, Klukowski authored a legal brief cited in U.S. District Judge Roger Vinson’s decision to strike down the Affordable Healthcare Act (ObamaCare); Judge Vinson wrote that he relied “heavily” upon the brief when determining that the entire law was unconstitutional, and not only its individual mandate. Although the U.S. Supreme Court eventually upheld ObamaCare in a highly controversial decision. Klukowski’s brief uncovered a point that played a pivotal role in almost bringing down the entire law and changing a key aspect of U.S. history.That is the level of legal precision he brings to Liberty Institute.

“Ken adds a new dimension to our team, but at the same time he fits right in,” said Jeff Mateer, General Counsel for Liberty Institute. “We have high standards for our staff attorneys. They are all accomplished, all brilliant, and all passionate for the cause of religious freedom in America. And most crucial, they constitute the dynamic hub of a massive legal network of freedom. They enable us to unleash a network of elite volunteer attorneys in locations across America and in specialized areas such as appellate law or military law.  This is unique and effective, and produced legal victories. And now Ken Klukowski will add to that winning capacity.”