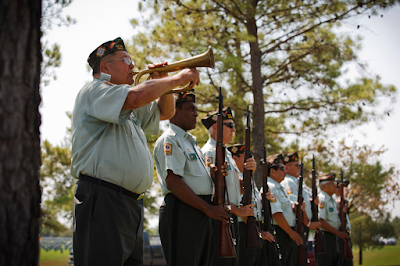 America lost a hero this week, and Liberty Institute a valuable friend.

August “Gus” Sivcoski, a WWII veteran and Houston, Texas resident died on Monday at the age of 92.

Liberty Institute extends heartfelt condolences to Mr. Sivcoski’s family and friends. At a time when not only our own nation’s freedom—but the stability of the world—was at risk, it was brave men like Mr. Sivcoski who stepped up to fight evil, defend liberty, and sacrifice their lives if necessary. As a part of America’s greatest generation, Mr. Sivcoski was truly an American hero.

His allegiance to the defense of freedom didn’t end after WWII. Just four years ago in 2011, Mr. Sivcoski, a member of a Veterans of Foreign Wars (V.F.W.) honor guard, stood along side Liberty Institute and several other veterans and members of the V.F.W. in a battle to keep God at the Houston National Cemetery.

The battle began when the Department of Veterans Affairs (VA) enforced rules at the Houston National Cemetery in an attempt to eradicate religion from veterans’ burial services—attacking the very freedom that veterans fought and died to defend. The VA’s mandates included:

Fortunately, Liberty Institute was successful in defending the Constitutional rights of veterans and their families, and it was the courage of veterans like Mr. Sivcoski and his late brother Felix Sivcoski that helped make that victory possible.