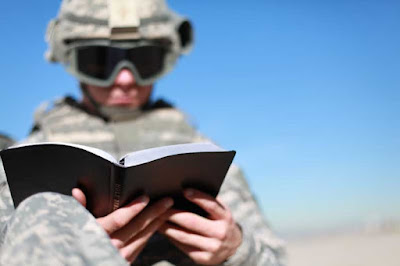 Interestingly, it was Liberty Institute’s opposing counsel in the ongoing court case Monifa Sterling v. United States Marine Corps, Brian Keller, who served as the moderator of the discussion panel and invited Berry to speak.

“Our reputation is so strong that even our opposing counsel in an ongoing federal case recognizes the quality of our amicus briefs,” Berry stated.

During a panel entitled “The Value of Involving Amicus Organizations,” Berry educated military attorneys on the important role amicus curiae (“friend of the court”) briefs play in the legal world.

Other prominent law firms participating on the panel included the Cato Institute, the Law Firm of Sidley Austin LLP, the Center for Constitutional Rights, and the Solicitor General for the State of Virginia.

“Sometimes the courts are confronted with difficult legal issues and questions that are unique or different than what they see on a daily basis,” Berry explained, “and it’s often valuable to have experts weigh in to be able to provide a different perspective than the one being offered by the parties.”

WHY AMICUS BRIEFS CAN BE CRUCIAL

There are several reasons why amicus briefs are important—and can be influential—in momentous court decisions.

·      Amicus briefs allow subject-matter experts to submit additional research and arguments pertaining to a particular court case.For instance, religious liberty is a topic with relatively few outspoken legal experts. When cases involving religious liberty are before a court, Liberty Institute can offer important, often persuasive information and insight that might have otherwise gone undiscovered, and if considered, could be crucial in determining the outcome of the case.

·      Amicus briefs show the significance of a particular issue through influential support for a certain argument. Even when a religious discrimination case that does not involve clients of Liberty Institute goes before a court, Liberty Institute might submit an amicus brief, demonstrating that religious liberty is of real concern to more than just those parties represented in the case.

·      Amicus briefs allow outside parties to examine the facts of a certain case, and potentially add validity to the side of the case they are submitted in support of. It is one thing when there are only two, opposing sides engaged in a disagreement. But when another party or organization, with no involvement in the original dispute, submits an amicus brief in support of one side, it can potentially give that side more credibility in the court’s eyes.

Liberty Institute has set the example when it comes to submitting influential amicus briefs. Our amicusbriefs reflect expertise in cases dealing with religious freedom—a topic of great interest in our culture—and a topic that desperately needs the support and validation of knowledgeable experts. The following are selected examples of recent Liberty Institute amicus briefs:

·      In Salazar v. Buono, the United States Supreme Court cited Liberty Institute’s amicus briefnumerous times in their decision to allow the Mojave Veterans Memorial Cross to stay where WWI veterans had placed it, in the middle of the California desert.

·      In January of 2014, Liberty Institute filed an amicus brief in support of the conscience rights of Hobby Lobby Stores, Inc. in the notorious Hobby Lobby v. Burwell Supreme Court Case, which ended in a victory for religious liberty last summer.

·      In August of 2015, Liberty Institute filed an amicus brief in the case of Little Sisters of the Poor v. Burwell, asking the Supreme Court to allow religious organizations to be exempt from providing contraceptives through health care plans.

·      Earlier in 2015, Liberty Institute filed an amicus brief in the Obergefell v. Hodges United States Supreme Court case, urging the justices to protect the free speech rights of people of faith in the marriage debate. When the decision came down in June, the justices had included the religious freedom protection Liberty Institute requested.

Liberty Institute attorneys are seasoned experts when it comes to Constitutional law and religious freedom. By submitting quality amicusbriefs in crucial cases like these, we are making a powerful impact for religious liberty in more ways than one.

POLICE CHIEF UNDER FIRE FOR ‘IN GOD WE TRUST’ DECALS