Over 2,700 leaders and activists learn of key legal victories—and strategies for more to come 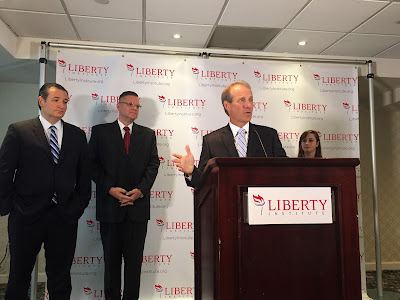 Liberty Institute’s Kelly Shackelford brought the crowd to its feet describing a proven legal strategy that is winning for religious freedom.

It was the largest gathering of conservative leaders and activists in one of the most pivotal years for religious freedom in American history.  And Liberty Institute speakers infused attendees with hope—and not only with hope, but with practical tools to return home and help win pivotal legal and courtroom battles.

The setting was the 2015 Values Voter Summit, presented by FRC Action (an advocacy arm of the Family Research Council), and co-sponsored by Liberty Institute as part of an effort to reverse the worst attacks on religious freedom in American history. Attendance was more than 2,700 at the Omni Shoreham Hotel in Washington DC, with the event covered by an army of national media.

And in the end, thousands of attendees left Washington DC with hope, knowledge, and new weapons for victory supplied by Liberty Institute.

THE DANGER WE MUST CONFRONT

Attendees learned that the American republic, including religious freedom, is—in the words of former Attorney General Edwin Meese, one of Ronald Reagan’s closest advisers—“in greater jeopardy today than it has been at any time in our history, with the exception of the Civil War.”

“We face massive attacks on religious liberty,” warned Meese, one of the great legal and policy figures of the last 50 years. He said it was “ironic that that’s happening in a country that wouldn’t be here unless several hundred years ago people came from other lands in order to have the ability to express their own religious beliefs, and to follow their conscience in terms of spiritual matters.”

Attendees heard and saw evidence that the religious liberty at the heart of our nation is being deliberately and systematically attacked by the most powerful institutions of government and culture—including the Obama Administration, the Department of Justice, military leaders, education bureaucrats, large corporations, officials in various states, and activist groups like the ACLU.

But attendees also saw growing light in this darkness: Light coming from the legal realm—the primary arena of the attacks. Light in the form of real victims of religious discrimination telling true stories of victory. Light in the form of experts offering plans and resources putting people of faith on the offensive in the contest to secure their legal religious liberty rights.

Who were the human faces of hope amid the growing storm of discrimination?

Perhaps the most tangible messengers of hope were Liberty Institute clients who brought stories of how, with expert legal help, they won their battles and created waves that will set others free. 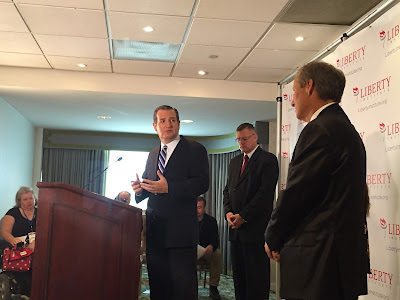 This was the first time Chaplain Modder had spoken to mass media since his definitive legal victory on September 4, when the Navy exonerated him from accusations that could have led to his discharge from the Navy, and a major lawsuit. Despite a seven-month ordeal in which he was relieved of duty for counseling sailors from the Bible regarding same-sex marriage and other sexual issues, Modder praised the Navy for eventually doing the right thing after intense intervention by Liberty Institute and the law firm of WilmerHale.

In keeping with Navy and Department of Defense regulations (and the U.S. Constitution), Modder is again free to perform his chaplain duties according to his biblical beliefs.

Sixteen-year-old Liz Loverde contacted Liberty Institute last year after her Long Island high school refused her request for an after-school Christian club. She spoke at the press conference, a session for students, and a special breakout session. Her story began when faith in Jesus Christ transformed her life from depression to joy. When she wanted to share that joy with others through a “Dare to Believe” club, the school said it was illegal. Liberty Institute and a volunteer attorney challenged the school district and appeared on Fox News—and within eight days the club was approved.

More hope was delivered in two appearances by Senior Master Sergeant Phillip Monk(U.S. Air Force, Ret.), another Liberty Institute client threatened with criminal charges after his commander demanded he agree with her views on same-sex marriage, regardless of Monk’s religious beliefs. But after Liberty Institute intervened, Monk received a prestigious medal and honorable 20-year discharge with full benefits rather than a court martial.

Speaking to the audience about his case and Chaplain Modder’s, Monk told the audience, “When you stand up, and you fight back, you win!”  He also said, “When you sign up to serve this great nation in our military, you basically sign a blank check to Uncle Sam and it’s payable up to your life.  And guess what?  Uncle Sam has no business coming between you and the great I Am. Our men and women in uniform, when they report to the base, are not going to check God at the gate.”

KNOWING HOW WE CAN WIN

But hope for restoring religious freedom doesn’t just happen. It requires the grace of God—and a God-given legal game plan for victory.

Liberty Institute has developed such a game plan, which includes both responsive and preventive measures.

Kelly Shackelford and Ken Klukowski (Liberty Institute Senior Counsel and Director of Strategic Affairs) both inspired the massive crowd with eye-opening accounts of how legal victories are happening at a win rate of 90 percent—even in such a hostile environment as we face today.

After explaining the rising tide of attacks, Shackelford said, “The good news is that we have a method of dealing with this, and it’s working.”

He explained the Liberty Institute model of locating the best attorneys in the nation at the top law firms who are willing to defend religious freedom at no charge. “For the first time,” he said, “all their training and experience is lined up with their faith and their love for country. We now have lawyers at half of the top law firms in the country not just donating their time, but fighting over who gets to do these cases!”

“The result of that is two-fold,” he explained. “The first is that for every $10,000 we spend on a case we get about $60,000 worth of legal impact. Our win rate using this method for over 12 years has been above 90 percent. So I just want you to know, we can win these battles. The question is, are we willing to stand?”

Shackelford’s words had the crowd on their feet several times. 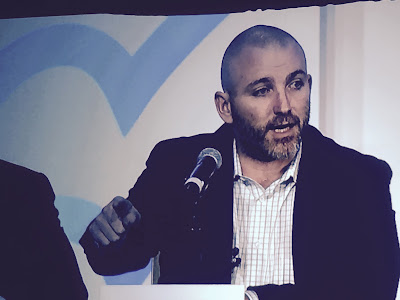 WEAPONS TO TAKE BACK WHAT’S OURS

And as for preventive measures, Kelly Shackelford and Ken Klukowski announced the unveiling of Liberty Institute’s Religious Liberty Protection Kits. These kits—in printed or online form—give guidance from Liberty Institute attorneys on how to protect your religious liberty rights upfront.

Kits are prepared for:

Attendees flocked to the Liberty Institute booth. People took booklets for their entire pastoral staff. Many took them for entire boards of Christian schools.  Parents and grandparents were taking stacks for their children and teachers in public schools. And chaplains and those with friends or loved ones in the military were taking booklets to distribute to service members.

“We’re putting people of faith on offense,” said Jeff Mateer, Liberty Institute General Counsel. “These Religious Liberty Protection Kits are prepared by lawyers with expert advice to help the average person of faith—whether in a church, ministry, school, or the military—to know their rights, defend them, and know when to seek help from our attorneys. This expands the battle field in our favor, and we believe the impact will be profound.”

YOUR ROLE IS VITAL

One story said it all. A story that Phillip Monk said “breaks my heart.”

Monk told of an airman who, after coming back from Afghanistan and learning of Phillip’s ordeal, told him, “We’ve been fighting for a long time, and when we fight over there we’re fighting to preserve our freedoms in America. Then I come home, and I’ve realized that the real fight for America has been happening right here.”

Right here. That’s where the fight for religious freedom—and by extension, all freedom—is raging. And with hostility to religion on the rise, every American is being drawn into the conflict.

To view video of speeches by Liberty Institute attorneys and clients, go to www.ValuesVoterSummit.org and click on:

POLICE CHIEF UNDER FIRE FOR ‘IN GOD WE TRUST’ DECALS