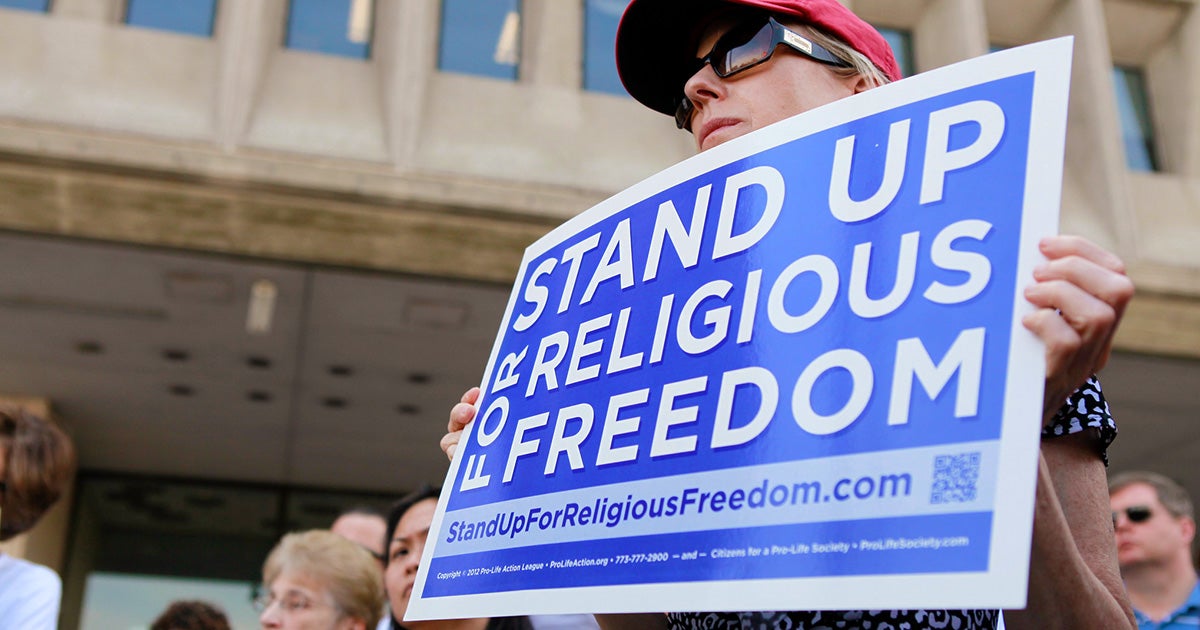 A couple of weeks ago, the administration reached another critical milestone in the fight to restore the freedoms of Americans, including religious liberty. The current president became the first to attend and speak at the March for Life, an annual rally and march held in Washington, D.C. in support of the pro-life cause.

In his speech, the president openly acknowledged how enemies of religious freedom continue to levy an All Out assault against people of faith and religious organizations, stating:

“Religious liberty has been under attack all over the world, and, frankly, very strongly attacked in our nation…Sadly, the far-left is actively working to erase our God-given rights, shut down faith-based charities, ban religious believers from the public square, and silence Americans who believe in the sanctity of life.”

Many pundits in the mainstream media simply underplayed the importance of the president’s address. But, supporters of religious freedom, like you, should be aware of the profound impact the president’s remarks have at this historic point in our nation, especially now that First Liberty is reclaiming our First Freedom nationwide.

Here’s a brief recap of how the ongoing battle for religious freedom continues to rage throughout the different pillars the president outlined above:

It is no secret that the battle for religious freedom is perhaps most fierce when it comes to the issue of the sanctity of human life.

Some of the most critical religious freedom precedents affecting the lives of Americans result from legal battles fought in the sphere of whether or not the government can coerce people of faith into complying with abortion and contraceptive mandates that run contrary to their beliefs.

In fact, one such case is pending at the U.S. Supreme Court: Little Sisters of the Poor v. Commonwealth of Pennsylvania. This religious organization (comprised of Catholic nuns who quietly serve poor people worldwide) is no stranger to litigation. They’ve been fighting for close to a decade asking federal courts to secure their right to live out their religious convictions in peace.

As part of our effort to reclaim religious freedom, First Liberty filed a friend-of-the-court brief supporting the Little Sisters petition. We argue that what the state is attempting to do in this case is to force a faith-based entity to abandon its deeply-held religious convictions and assimilate into the cultural orthodoxy.

Though the Little Sisters have won at the Supreme Court in the past, the High Court has yet to definitively rule on the broad reach of federal law on this case. That’s why the upcoming oral argument will be so critical, and the final ruling could help stop the relentless legal assault on charities and ministries who are trying to serve communities in accordance with their faith.

When churches, ministries and other faith-based agencies come under attack, First Liberty is their greatest hope for victory.

Will you consider making a financial donation today?

Faith-based adoption and foster agencies are fighting grueling court battles just so they can operate consistently with their faith. In multiple cases across the country, we see enemies of religious freedom putting these agencies in the untenable position of choosing between their deeply-held beliefs…or being shut down altogether.

In New York, a state agency targeted the religious adoption nonprofit, New Hope Family Services, because it put into place policies consistent with its faith and prioritized placing children in homes with a married mother and father. In a blatant display of anti-faith bigotry, state officials gave New Hope an ultimatum: revises its policy to conform to the state-approved orthodoxy or submit a close-out plan for its adoption program. The case to stop New York officials from closing New Hope’s doors is currently being fought at the 2nd Circuit Court of Appeals.

Last year, the Michigan attorney general declared that adoption agencies contracting with the state could no longer decline to work with LGBT parents based on a religious objection. This action led to multiple legal challenges and, fortunately, a district court ruled that Michigan’s attorney general discriminated against a Catholic charity in cancelling a contract with the state because of their religious beliefs.

What’s more, the City of Philadelphia issued a restriction last year requiring faith-based agencies to place children with same-sex couples. When Catholic Social Services (CSS) refused to comply, it lost its contract with the city. CSS took the matter to district court and the Third Circuit Court of Appeals asking them to stop the city’s new policies. When both courts refused to grant them an exception to the municipal mandate, attorneys decided to file a petition to the U.S. Supreme Court to vindicate CSS’s religious freedom.

Banning People of Faith from the Public Square

There are countless cases of people of faith facing censorship or retribution for expressing their religious beliefs in public. Yet, one of the worst cancel cases that’s taken place in the past few years is that of SweetCakes by Melissa.

As a First Liberty supporter, you’re familiar with Melissa Klein, who declined to create a specialty wedding cake for a same-sex couple because of her sincerely-held religious beliefs. And because she chose to operate their business according to her faith, this Oregon cake artist and her business were shunned from the public square.

To begin with, Melissa, her husband and five children became the target of vile comments, slander and even death threats from people on social media. And if the wave of hate wasn’t enough punishment, the state government made it a point to ensure the Kleins couldn’t continue operating their family bakery.

Oregon officials forced Melissa to pay a $135,000 penalty that effectively destroyed her business. If she hadn’t, the government would have forced her to violate her deepest convictions. She was punished with this steep fine just for wanting to run her business consistent with her faith.

But the price people of faith pay often goes beyond financial punishment. State officials felt the need to force Melissa to conform to the cultural orthodoxy. Toleration of different beliefs wasn’t enough—the government sought to coerce her to celebrate the ideas with which she disagreed, even suggesting the Kleins needed to be “rehabilitated” in their beliefs.

Let that last statement sink in for a moment: the government called for its citizens to be “rehabilitated.” Is this the country that we want to have?

People of faith in our nation deserve better.

The recurrent and growing pattern of hatred and animosity directed against those who live out their faith is starkly anti-American. And, quite frankly, if we fail to protect religious liberty, our nation will inevitably head in the direction of totalitarianism.

America has long been considered the world’s beacon of religious freedom and a safe haven—a place where people of all faiths can live peacefully. For our nation to continue being that shining light, we must protect the God-given liberty of all to live out their faith without the fear of punishment or repression.

When we protect religious freedom, people’s lives become better—we have more tolerance, diversity and a more peaceful society. Help us leave a legacy of religious freedom for your children and grandchildren.