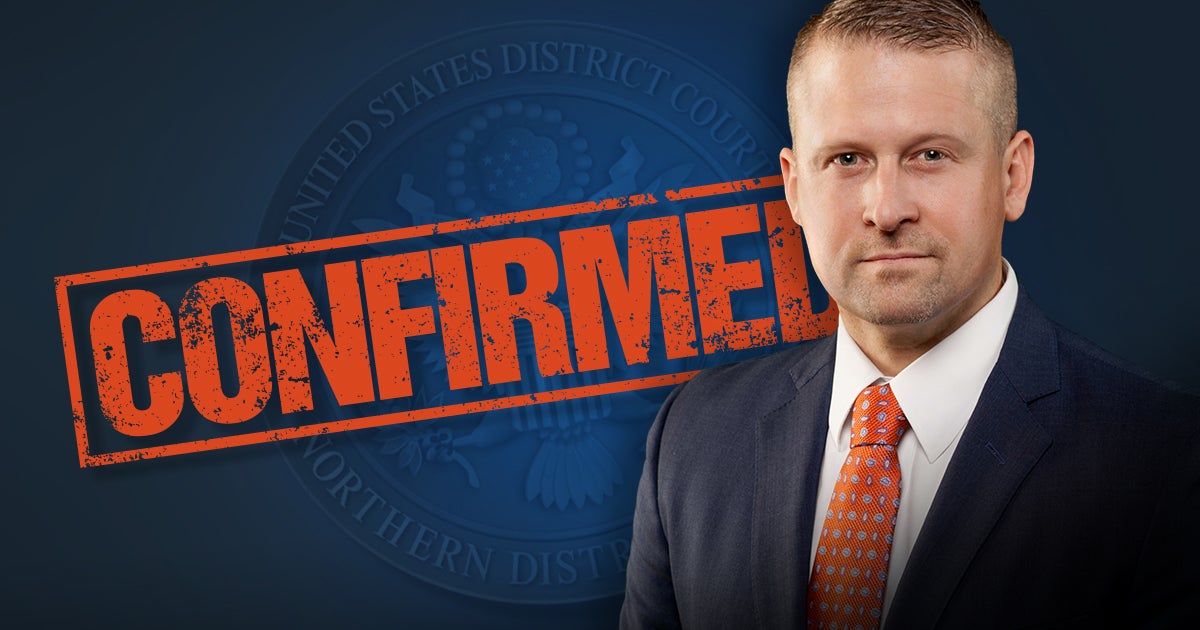 Matthew’s confirmation is a major win for religious-freedom practitioners, proving that a principled attorney may zealously advocate for the rights of religious minorities, conscientious objectors, and faith-based ministries without forfeiting the opportunity to serve on the bench.

In fact, Matthew is the first confirmed judge who’s gone directly from a religious liberty law firm to the federal judiciary. What an honor that such an outstanding nominee, and one of our very own, will now take a seat on our federal court for a lifetime appointment!

As you will see, his distinguished career makes him eminently qualified to take the bench.

Other ACU alumni who have gone on to take the bench include the Hon. Robert Pitman, United States District Judge for the Western District of Texas, and Jack Pope, the iconic Texas Supreme Court Justice.

After ACU, Matthew attended The University of Texas School of Law, one of the nation’s top law schools. That’s where he first met Kelly Shackelford, First Liberty Institute’s CEO, President & Chief Counsel, when Shackelford was teaching a class there on religious freedom. Matthew excelled there, too, graduating with honors. He also twice received the Dean’s Achievement Award, and he served as an Executive Editor of the Texas Review of Law & Politics, one of the nation’s premier conservative law journals.

After law school, Matthew began his legal career as an associate in the Dallas office of Baker Botts L.L.P., one of the oldest and most prestigious Texas-based law firms, where he focused on commercial, constitutional, and intellectual property litigation. Baker Botts has long been a leading supplier of talent to the federal bench. While at Baker Botts, Matthew received the firm’s prestigious Opus Justitiae Award for Outstanding Commitment to Pro Bono Work. It was as an associate at Baker Botts that Matthew first began to donate his time to the defense of religious freedom.

Matthew went on to serve in Department of Justice as an Assistant United States Attorney (AUSA) for the Northern District of Texas. Assigned to the Appellate Division, he represented the United States in over 75 criminal appeals filed in the Fifth Circuit Court of Appeals, including numerous cases of first impression requiring oral argument. He also served on Criminal Division trial teams that prosecuted two high-profile, violent defendants: James McDaniel, who drugged, raped, and killed SMU student Meaghan Bosch; and Khalid Aldawsari, a self-identified jihadist who was building a bomb designed to kill hundreds at Super Bowl XLV. Additionally, he was responsible for all appellate litigation arising under the First Amendment, the Sixth Amendment, and the Foreign Intelligence Surveillance Act.

While serving as an AUSA, Matthew received the Attorney General’s Award for Excellence in Furthering the Interests of U.S. National Security from then-Attorney General Eric Holder, taught as an Adjunct Lecturer on Free Speech and the First Amendment at Southern Methodist University, and cofounded the Federalist Society’s Forth Worth chapter.

His clients have included Americans from a wide array of faiths, and he has defended religious liberty for churches, synagogues, temples, ministries, and schools. He is widely regarded as an expert on conscience rights, having written on the subject for leading journals, including First Things and Public Discourse.

A Long Journey to Becoming a Judge

In 2017, President Trump nominated Matthew to fill the vacancy in the United States District Court for the Northern District of Texas, Amarillo Division. His nomination was publicly supported by numerous prominent lawyers and law professors from across the ideological spectrum.

Despite his outstanding qualifications, Matthew faced significant opposition throughout the confirmation process from the Progressive Left, mainly for his textualist interpretation of the Constitution and deep personal Christian faith. During his confirmation hearing, he faced aggressive questioning from Senate Democrats about his work on behalf of religious freedom. Those voices, however, did not prevail; nor should they have.

Matthew has been married for over 17 years to his wife Shelly. They have six children, one of whom they lost in infancy, but who remains an important part of their family’s memory. He and his family are looking forward to joining the Amarillo community.