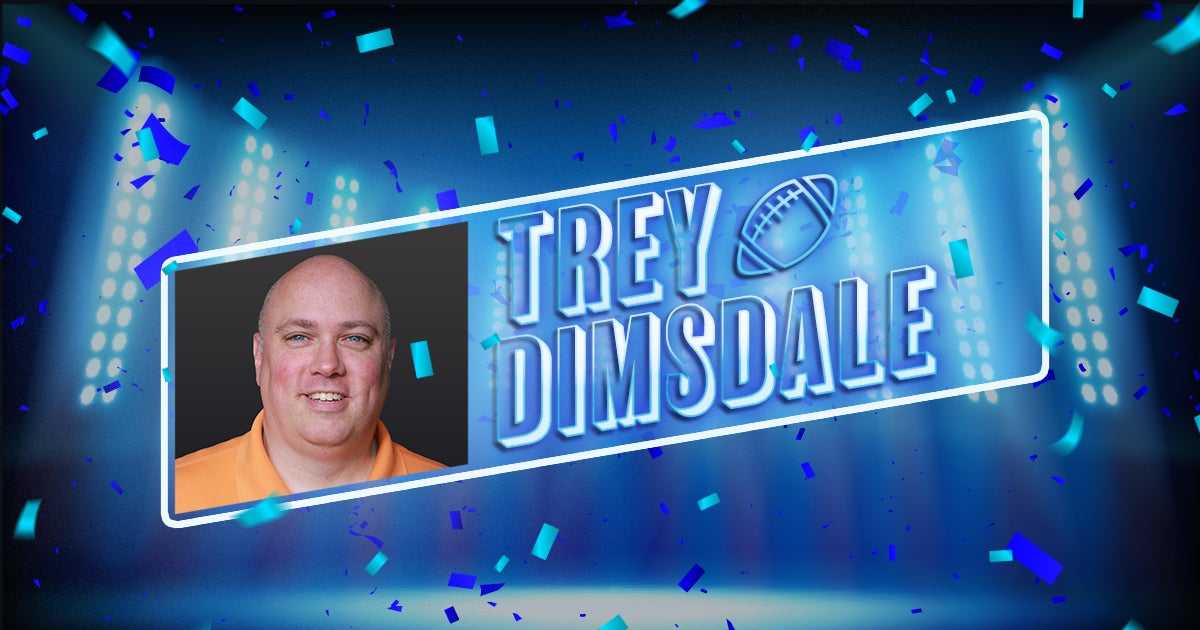 The start of football season is the perfect time to showcase the newest additions to your roster.

Even though Trey’s only been with FLI for a little over a month, his record and past experience show he’s been a top player in some of the most prestigious think-tanks and academic institutions in the country, including:

In this exclusive one-on-one interview, Trey shares more about the importance of advocating for religious freedom outside the courtroom, and the big plays he’s been drawing up to help our firm continue growing as a national thought leader.

Q. Describe your journey and how you arrived at First Liberty Institute.

I’m an attorney by training, but I’ve used my law degree in a non-traditional way. Prior to coming to First Liberty, I was a department director at the Acton Institute for the Study of Religion and Liberty, which is one of the top 10 social policy think-tanks in the world.

During my time there, I had an opportunity to manage and oversee research on European religious affairs, which expanded my knowledge of European and American legal systems, including the differences in how we protect fundamental freedoms like religious liberty.

Q. What is your role at First Liberty Institute?

I’m primarily responsible for developing and growing our relationships with foundations that could support First Liberty Institute’s work. Much of this could be in the academic arena, as well as our emerging think-tank.

As many people know, First Liberty’s had a long history of legal advocacy and success for religious freedom. Our think-tank, or what we here at the firm call the “Institute,” represents an initiative that’s aimed at advancing religious freedom in our culture.

We will be building a part of First Liberty that will complement our legal department. In the future, we envision First Liberty becoming a firm that comprehensively advances religious freedom in our society – both inside and outside the courtroom.

Q. Why do we see a growing hostility to religious expression in American culture today?

I think there is a decline of religious practice in our society, and wherever there’s a decline in people living out their faith, you also see a decline in religious freedom. We can look at the Christian faith in American history, for example, and how those beliefs are becoming less and less prevalent in society over time.

So, that means you have fewer and fewer people who are motivated to advance the cause of religious freedom. We do have instances of hostility and attacks toward religious people, but I would say we actually have more of a decline in tolerance for religious freedom.

Q. What does it mean to advance religious freedom in the broader American culture?

Most of our work currently focuses on advocating in the court system for our clients who have had some sort of an affront to their religious freedom. In those cases, we are appealing to the law and ultimately, to the U.S. Constitution.

But our religious freedom is actually rooted in something beyond the Constitution, which makes religious liberty a universal, God-given right. So, it doesn’t matter what type of society you live in; by virtue of your humanity, you have certain unalienable rights that include religious freedom.

Religious freedom is the “first freedom” because it is the liberty that allows you to shape the rest of your life according to your understanding of ultimate reality, whether you’re an atheist, a Christian, a Hindu, or a Buddhist.

Q. Please explain more about religious intolerance in the United States versus other regions of the world.

In America, religious organizations, churches, synagogues and houses of worship are still part of this bigger ecosystem of institutions – such as the family, business, universities, and the state – which all work together cohesively to form our society. Even though we’ve seen a very sharp increase in religious hostility over the past several decades, we as Americans still think of the church as one those key and foundational social institutions.

But if you look at Europe, for example, much of the religious intolerance, or disregard for religious liberty, is due to a decline of religion as a whole. That’s because people aren’t necessarily concerned about a freedom that they don’t enjoy or a freedom they’re not exercising. Many European nations have legal structures that provide more authority to the government to regulate churches and religious activity. And that’s because people there tend to view the state like a foundation, and all of the other institutions are established on the foundation of the state.

Dependence on the state means that religious institutions, churches and other houses of worship won’t have as much cultural and social credibility, which also leads to reduced religious practice. So, if citizens are no longer exercising their religious beliefs, or they see no need for a church or a house of worship, then they won’t see a need for religious freedom.

Q. What are some key projects you have planned to help First Liberty Institute better fight for religious freedom beyond the courtroom?

In addition to winning cases, First Liberty must continue growing our influence among thought leaders, and that’s where the think-tank is going to play a vital role. Right now, we produce great information and resources for mass, popular audiences because we want as many people to hear about the critical work our firm is doing.

What we envision for the think-tank is for us to develop resources and content to engage in more theoretical and philosophical conversations. We have a grant proposal in the works right now for an academic project, which will help put First Liberty in a position to have a leading voice within our country’s most-respected scholars and experts.