Election Exclusive: 6 Ways the 2018 Midterms Could Impact Your Religious Liberty 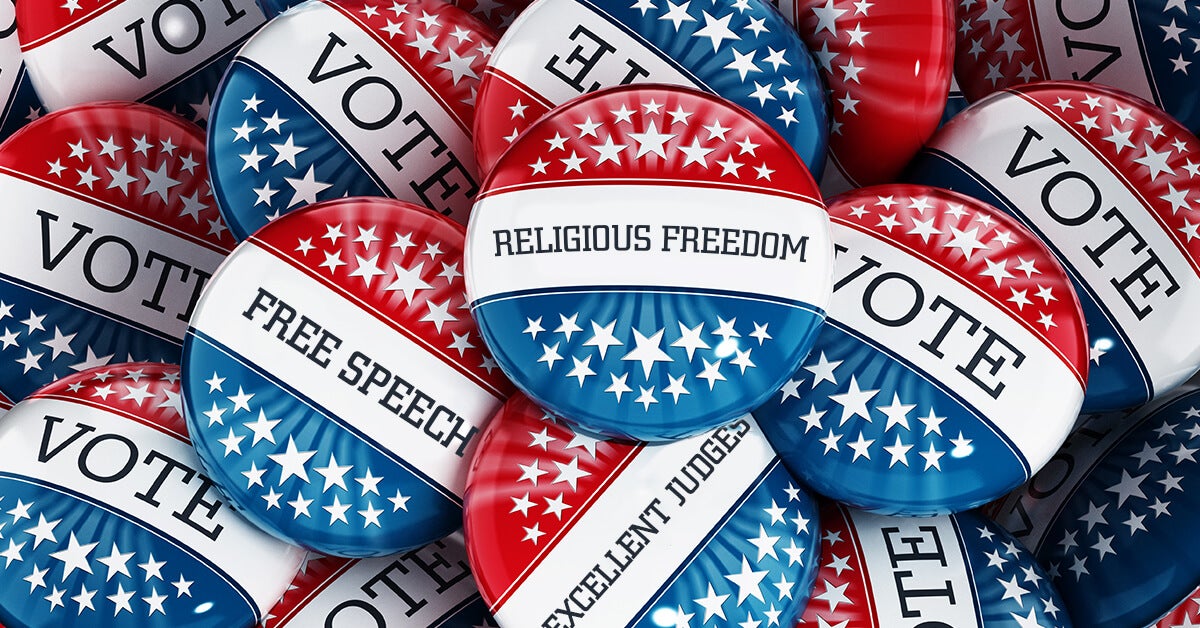 For people of faith across America, 2018 has been a record year. In less than 12 months, we’ve achieved some great victories for religious liberty, including a number of precedent-setting decisions at the U.S. Supreme Court that reaffirmed and protected our nation’s most fundamental freedom.

But with Election Day only hours away, we’re reminded that there’s still many battles looming on the horizon – and that we must win those battles if we are to preserve the right to live out our faith without fear of censorship or backlash.

In this special edition, Ken Klukowski, Of Counsel at First Liberty, gives you an inside look at what the electoral outcome could mean for millions of Americans who want to keep practicing their religious beliefs in their everyday lives.

Partisans and activists often exaggerate when they say, “This is the most important election of our lifetimes!” But for 2018, the stakes of the midterm elections truly could not be higher.

1. The future of the Supreme Court.

While there are now five justices who claim to believe that the Constitution must be interpreted according to its original meaning, the reality is that not all of those votes are as sturdy as others. We need to build on our incredible recent victories by adding one more Supreme Court justice. Many experts expect one more vacancy during the current presidential term. If Democrats take control of the Senate then Chuck Schumer would become Senate majority leader, and he would hold open any Supreme Court seat for a full two years, until after the 2020 presidential election.

2. The future of the lower courts.

Similarly, judicial confirmations to the powerful courts of appeals would stop dead in their tracks, terminating a historic opportunity to reclaim the nation’s courts for religious liberty. Even in the federal trial courts, confirmations would slow to a crawl, and possibly even then only more left-leaning judges recommended by home state liberal senators would be confirmed.

Although champions of religious liberty have great cause for hope regarding how the Supreme Court will decide future cases raising crucial faith-related claims, our expectations are more tempered when it comes to whether the current justices are willing to overrule bad precedent when that is the only route to victory. Once again, another justice becomes key. And if a conservative justice leaves the Court, we will be completely blocked. The same can be said on a lesser scale for the lower courts. Decades of wrongly decided cases deprive millions of Americans of their freedoms, and uprooting those cases depends on adding at least a couple new senators who promise to support President Trump’s conservative judicial nominees.

If anti-religious-liberty forces take the majority in either chamber, with Nancy Pelosi as Speaker and left-wing partisans like Maxine Waters and Gerald Nadler chairing key committees in the House, or their counterparts in the Senate, all national legislation that protects faith would be instantly frozen. Expect nonstop investigations and allegations, including an immediate effort to impeach President Trump. Regardless of whether the president’s opponents can muster the numbers to do so, such extreme measures would inevitably lead to complete paralysis.

The nation was appalled at the hysterical and rage-filled antics during the Senate Judiciary Committee’s hearings on the Kavanaugh nomination. This dangerous behavior has spilled out into ordinary life, with White House staff and respected national leaders like Senator Ted Cruz being chased out of restaurants and stores. Those forces would see left-wing election victories as a vindication of their tactics and a public mandate to continue. Things would only get worse with more extreme actions, bringing strife and conflict. Conversely, victories for those who support judges who adhere to the Constitution would be seen as a rebuke of such reprehensible tactics, paving the way for a return to civility and encouraging millions of decent Americans to demand a respectful and dignified public discourse.

Sadly, these are times when a large and powerful political movement outright condemns widely held religious beliefs, calling for investigations of churches, financial penalties for institutions of faith, and driving well-meaning Americans out of business, or losing their jobs, or being disciplined at school for their faith. The 2018 election is seen by some as a referendum on these matters, and the outcome will shape public perceptions that will either advance or impair religious liberty.

On these and so many other issues, the 2018 elections could mark a turning point for religious liberty in this country. May God bless, guide, and protect the United States of America!