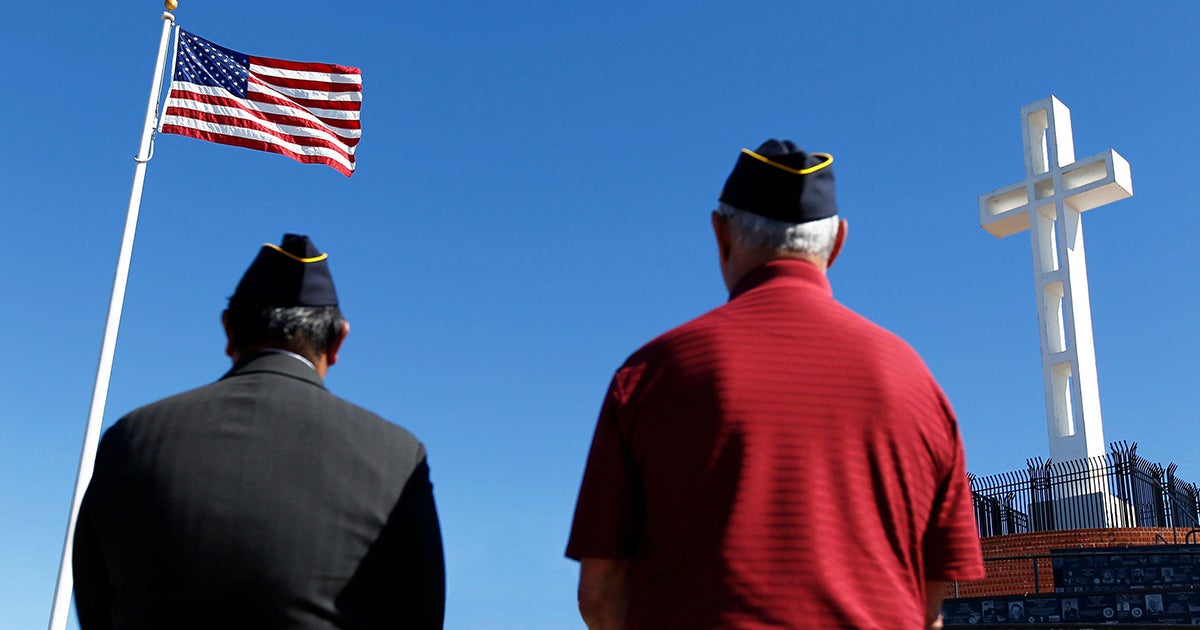 Veterans Day is a solemn occasion when Americans honor those who served our country in uniform.

As we pause and reflect, we must remember that America’s military heroes are the reason why our Republic and our Constitution are still standing.

One of the many ways to show support for our men and women in uniform is by fighting for their religious freedom. We can express our gratitude by continuing to fight and ensure that our nation’s veterans and war memorials remain standing, especially monuments with religious imagery, symbols, references or scriptures.

Most military memorials are built to pay homage and remember those who gave their lives in service to our country. But these monuments are also incredibly significant to veterans and service members who are still alive. They are a visible way for members of the military community and their families to honor and remember their own. That’s why First Liberty continues fighting to ensure they are not torn down.

In observance of Veterans Day, we’re looking back on the historic U.S. Supreme Court ruling that kept the Bladensburg WWI Veterans Memorial standing tall. The Peace Cross is an ever-present reminder for active-duty service members, veterans and all Americans to never forget the valor, endurance, courage and devotion of America’s military heroes.

Rock of Ages: 100 Years of the Bladensburg Peace Cross

A century ago, the Bladensburg Peace Cross was built to honor 49 heroes of Prince Georges County, Maryland who served in WWI. The mothers of these men who died in the Great War formed a committee with the purpose of building a memorial that would commemorate the county’s fallen. As one of the mothers described it, this memorial was the closest thing to a “gravestone” to help remember her son.

In September 1919, a site dedication ceremony was held where the memorial would one day stand. For years, these Gold Star Mothers gave their utmost to see that the memorial would be built. But the initial momentum experienced some setback due to a lack of funds.

In 1922, the effort to build the memorial was turned over to newly returned veterans of The American Legion, who agreed to take on the project as a way of honoring their fallen brothers. The American Legion embarked on a four-year journey of intense fundraising to complete the monument.

The Gold Star Mothers, with the help from The Legion, were able to inaugurate the Bladensburg Peace Cross at the terminus of the National Defense Highway in Bladensburg—a highway that was itself dedicated to the memory of those lost in WWI.

In 2019—100 years after the first shovel broke ground in Bladensburg—First Liberty secured a victory at the U.S. Supreme Court that saved the memorial from destruction. The historic 7-2 ruling in American Legion v. American Humanist Association upheld the memorial as constitutional and set a precedent protecting public religious displays throughout the country.

Watch this special First Liberty Live episode. Our host, Stuart Shepard, goes on the road for a special Veterans Day ceremony held on site at the Bladensburg Peace Cross:

Bladensburg Was Only the Beginning: Now It’s Time to Rebuild Memorials Nationwide

Over the many years that First Liberty has fought on behalf of veterans and service members, we’ve learned something crucial: we can forever honor their sacrifice through memorials that keep their memory alive in the public consciousness.

Thanks to the Bladensburg victory—and a streak of recent landmark Supreme Court wins such as the Coach Kennedy ruling—there’s renewed hope for religious liberty in America. We no longer have to wait for the next attack that could tear down a cherished war memorial simply because it has a Bible verse, a Star of David or other religious reference inscribed on it.

Today, you can go on offense. You can begin rebuilding those monuments, restoring religious displays and bringing back expressions of faith if they were removed. For example:

We owe an immense debt of gratitude to our veterans and active-duty military service members. Like you, we want to see them celebrated and honored. Their war memorials should not be destroyed. Time-honored, historical religious traditions observed by our military since our country’s founding should not be censored.

This Veterans Day, we encourage you to join First Liberty’s national movement to Restore Faith in America. Rebuilding and protecting these memorials is incredibly meaningful for our living veterans. It unmistakably says that we appreciate them and will not forget their selfless service and sacrifice. 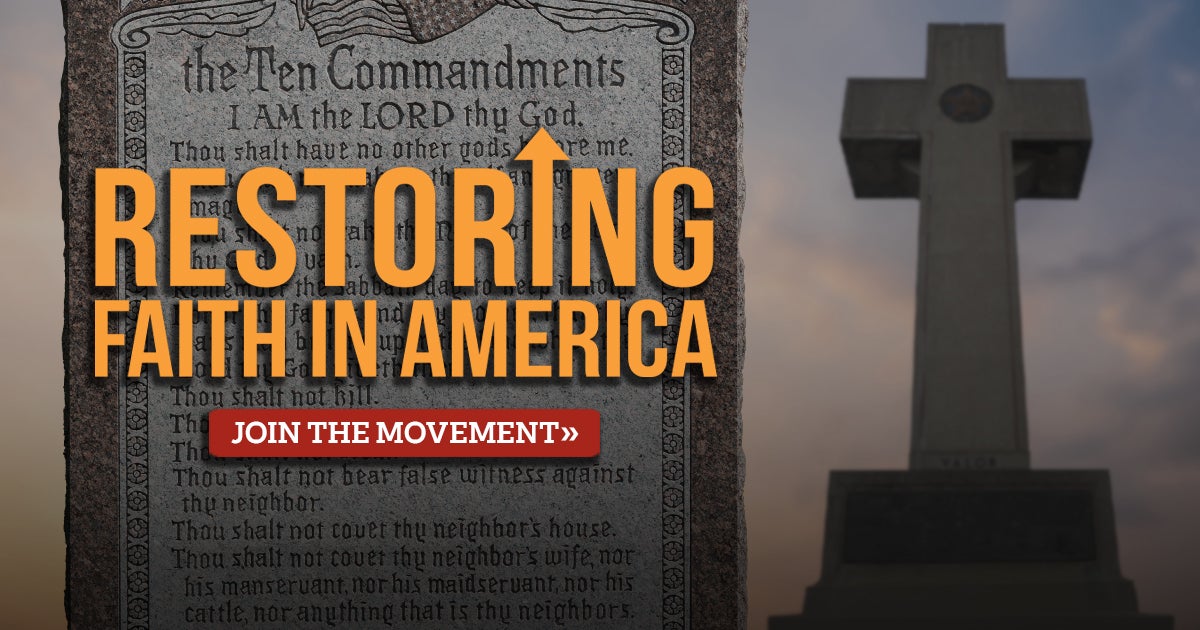