The Monk Moment: A Gamechanger for Religious Freedom in the Military 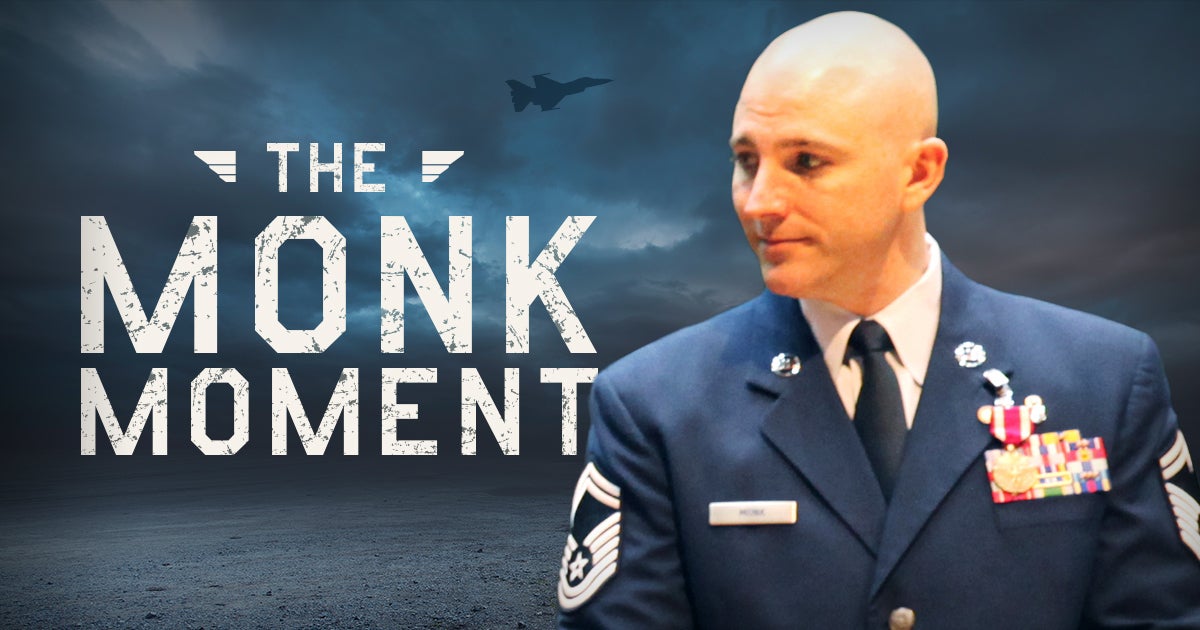 We call it the Monk Moment: the story of how one case helped pave the way for military service members to speak up about religious freedom violations happening inside the military.

A few years ago, Senior Master Sergeant Phillip Monk was serving as a First Sergeant at Lackland Air Force Base in San Antonio, TX. He was approaching his 20th year of service—a key juncture for all service members, especially with regard to retirement benefits.

But his distinguished military career and his livelihood would soon come under attack because of his faith.

SMSgt Monk’s commander asked him to investigate comments made by an Air Force instructor regarding same-sex marriage. He conducted the investigation and found that nothing wrong had occurred, and concluded that the comments had not been in violation of military policy. SMSgt Monk suggested that he could provide some guidance to the instructor on the need to exercise care when discussing sensitive topics.

But his commander stated that his conclusions were not on the “same page” with hers. She then threatened that if he didn’t agree with her, he would be reassigned. And she even went so far as to demand to know SMSgt Monk’s personal views on same-sex marriage. Not understanding why his own religious beliefs were relevant, Monk politely declined to answer.

Eventually, SMSgt Monk was relieved of his duties, reassigned and told he could not be in his unit’s building or facilities. The Air Force also threatened to charge Monk with military crimes, which could have led to a court-martial and the loss of his pension – all because his religious beliefs were different from those of his superior.

A Culture of Silence?

SMSgt Monk’s case wasn’t an isolated incident, but rather one that rose to the top from a deeper problem. Beneath the surface, many other service members and veterans claim they have experienced similar situations, but didn’t feel like they could speak up.

As a former active-duty Marine Corps attorney, Michael Berry, FLI’s Chief of Staff, explains that many service members tend to keep silent because they’re afraid of the repercussions. Military members are concerned about losing their careers and their pensions, and superiors often want to avoid controversy whenever possible. In a way, it’s as if there is a “Don’t Ask, Don’t Tell” policy about religious beliefs in the military.

Service members’ fears are not without reason. After our attorneys filed a formal complaint on SMSgt Monk’s behalf, the Air Force came down hard. At one point, Air Force officials accused him of making false official statements, which is considered a military crime for which SMSgt Monk could have been court-martialed.

That could be the reason why service members have a hard time trusting and confiding in their JAGs (military lawyers), since they are part of the military infrastructure that can punish you for your religious beliefs.

It takes someone like Philip Monk to challenge the system, someone with a will to fight and a high regard for justice. It takes the kind of person who serves in order to stand for what is right, not simply to look for the next promotion or career move.

Monk: The First of Many Who Took a Stand

With First Liberty Institute on his side, SMSgt Monk kept fighting until the Air Force completely reversed course and cleared him of all charges. That key victory saved his career, his name and the retirement that he’d earned after two decades of service.

But in the larger context, this victory would be a key turning point for religious liberty in the military. It was a game-changing moment not just for SMSgt Monk, but for the hundreds, if not thousands, of service members who would need to speak up about attacks on their constitutional rights—to have their own “Monk Moment.” It was a bellwether for people in the military who were waiting for the right opportunity to speak up, giving them hope and a voice.

For First Liberty Institute, SMSgt Monk’s case was one of the pivotal, early triumphs that would lead to the formation of our firm’s military affairs division, spearheaded by Mike Berry. SMSgt Monk’s case proved that with the nation’s best attorneys on your side, it is possible to successfully challenge the deep state machine and those who continue to step on the religious liberty of U.S. military members.

The heart and soul of the military are individuals who fight for something they believe is worth dying for, people driven by a higher cause than simply a government order. For many who serve in uniform, these convictions are fostered by faith. We must protect religious freedom inside our armed forces, because that first freedom is the “ultimate force multiplier” that transforms a group of service members into a highly motivated, seemingly unstoppable fighting force.

Religious freedom is under heavy fire in America’s military. Give now to help us protect the constitutional rights of our service members.