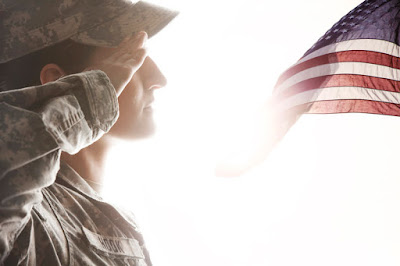 In 133 national cemeteries across America and in countless communities nationwide, thousands of memorials stand to commemorate the service and sacrifice of U.S. military veterans—the men and women with the courage to give up everything to preserve the rare liberty the rest of Americans enjoy.

Several of those memorials have been targeted and attacked in the last decade, with critics rallying under a flag of misconception about the First Amendment, incorrectly claiming that any memorials with religious imagery displayed on public land violate the Establishment Clause.

Liberty Institute has been gratified to help win important court cases defending veterans memorials. Yet when another attack on a veterans memorial hits the news, it can be difficult to look beyond the legal battle and remember that behind every stone column, plywood cutout, or steel cross is a story about real people—veterans whose heritage deserves the highest honor.

Take Riley Bembry and Henry and Wanda Sandoz, for example.

Bembry was one of many WWI veterans who came together in 1934 to erect the Mojave Desert Veterans Memorial—a small cross and plaque in the middle of rural California to honor WWI veterans. Shortly before his death in 1984, Bembry asked his friend Henry Sandoz to care for the veterans memorial. Henry promised he would take care of it.

Henry and his wife Wanda kept that promise together for 31 years.  They weathered the memorial’s vandalism, theft, and a lawsuit that nearly removed it for good because it uses the shape of a cross.

In the U.S. Supreme Court case Salazar v. Buono in 2012, in which Liberty Institute represented the Veterans of Foreign Wars and played a prominent role, the memorial was saved. Henry passed away in 2015, but Wanda continues to care for the Mojave Desert Veterans Memorial to this day—in memory of Henry, of Riley Bembry, and the WWI veterans it honors.

Or take the Bladensberg WWI Veterans Memorial in Maryland. In February of 2014, The American Humanist Association sued for the memorial’s removal, alleging that the public ownership, maintenance, and display of the memorial violated the Establishment Clause.

The Bladensburg Memorial was built in 1925 by a local post of The American Legion to honor 49 men of Prince George’s County, Md., who lost their lives in WWI. The funds for the memorial were partially raised by the mothers of those veterans. Liberty Institute is currently defending the Bladensburg Memorial in federal court on behalf of The American Legion.

Memorials just like these exist all over the country, many with religious imagery; many in prominent locations like Washington, D.C., and others in remote locations like the Mojave Desert. But they all have one thing in common: those memorials are more than monuments. They represent millions of real people who made real sacrifices—up to and including their very lives—to defend the Land of the Free.

As memorial services take place around hundreds of monuments this Veterans Day, it behooves Americans to look past the stone, the steel, the plywood—and think about the veterans whose names are inscribed and whose memory is honored therein.

What a travesty it would be to see any of those memories torn down.