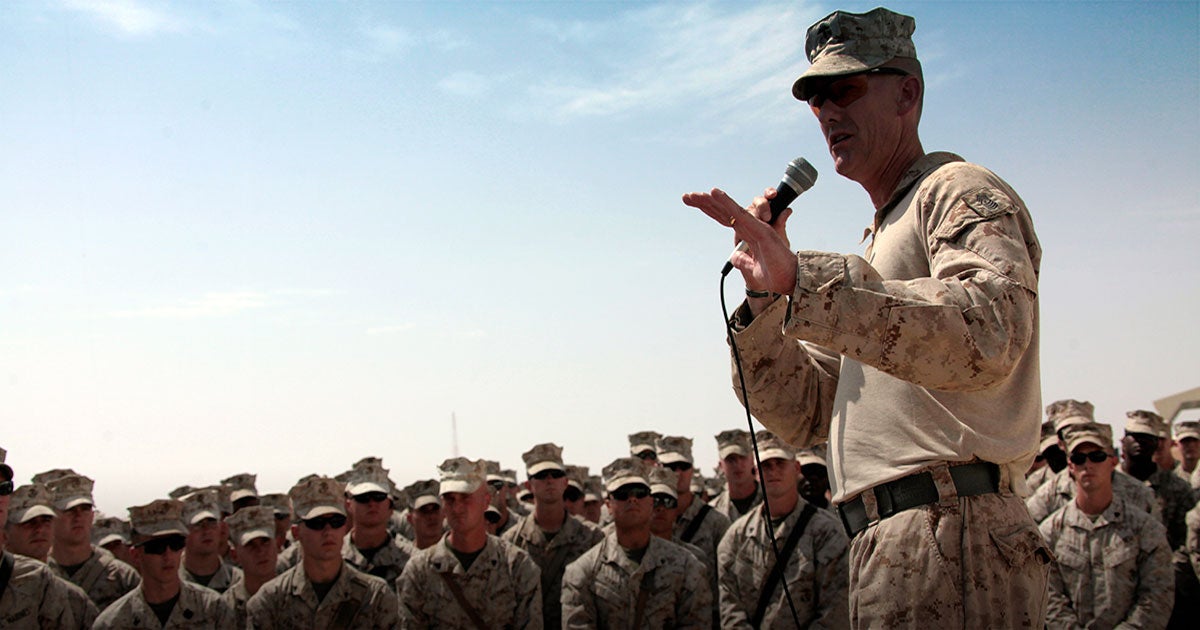 Known for creating problems where they don’t exist, Mikey Weinstein and his deceptively-named Military Religious Freedom Foundation (MRFF) continue their relentless assault to strip away the religious liberties of America’s service members.

According to the MRFF, a speaker with a Christian background conducting a training session was a “vicious” violation of the Constitution, going as far as to call him speaking at the session an “unconstitutional disgrace.”

The MRFF even boasted that it was able to get Lorenzen cancelled within just 64 minutes.

But what’s actually disgraceful is how Weinstein is unashamedly using the “cancel culture” and twisting the arm of the USMC to remove a Christian speaker from a military event.

We need YOU to go All In and help First Liberty reclaim faith and religious liberty for our heroes in uniform.

Although training materials did not contain any explicit religious instruction, Weinstein outrageously claimed that a constitutional violation had taken place simply because Lorenzen’s biography showed that he was involved with Campus Crusade for Christ—an organization focused on spreading the Christian faith. And because of that, Lorenzen should be “immediately removed” from leading the session.

If cancelling a speaker because of his affiliation to a religious organization wasn’t bad enough, Weinstein further took issue with a class Lorenzen teaches called “The Gospel Courageous and the Gospel Corrective Leader.” But this was not the class he was scheduled to teach the Marine reservists; it is a class that he teaches in his free time!

In other words, in the MRFF’s twisted, mythical version of the Constitution, Lorenzen’s content is unsuitable to help Marines get fit for battle, all because he gives religious instruction and helps others grow in their spiritual lives on his own time as a free citizen.

Let’s call this for what it is: outright religious bigotry and hostility. Not only is this attack outrageous, it also runs contrary to the Constitution, Supreme Court precedent and military policy, all of which clearly state that you cannot discriminate against someone because of their religious beliefs.

Americans expect those who serve in the military to prepare for battle, not cater to the “cancel culture”—and the USMC shouldn’t be put in the position of having to cave into the ludicrous complaints of a radical, outside group like the MRFF.

Not the First Time People of Faith Have Been Cancelled

This outrageous cancellation is just one of the many recent attacks headed by the MRFF to crush religious freedom in our armed forces. This is especially egregious considering the recent “blockade” the MRFF has put up to stop military chaplains from carrying out their duty.

During the course of the recent pandemic, the MRFF’s All Out assault has been relentless, even as military chaplains work to provide encouragement, strength and spiritual guidance to service members through a difficult and unprecedented time. This prompted U.S. Senator Ted Cruz (R-TX) to send a letter to the Secretary of Defense, Mark Esper, urging him to protect religious freedom within the Department of Defense.

Specifically, Cruz calls out reports regarding the Army’s censorship of military chaplains during the coronavirus pandemic—access he states is essential for many service members, as well as mandated by the Constitution.

In his letter, Cruz calls out four specific attacks by the MRFF on the fundamental rights of military service members:

Clearly, like many government officials during the COVID-19 crisis, the MRFF is exploiting a vulnerable moment to trample on America’s most fundamental and cherished freedoms.

What’s most revealing (if not ironic) is that this war on faith and religious freedom is being waged against our military service members, the heroes who put their lives on the line to preserve the very freedoms we all enjoy under the Constitution.

Isn’t it our duty then to ensure that our brave men and women are honored with the same rights they swore under oath to defend and protect in the first place?

That’s why today we need you to join us in the constitutional battle to reclaim religious freedom in America’s military.

With your faithful and continued financial support, YOU can be a Force Multiplier for our men and women in uniform. Your generous gift today will help provide First Liberty’s Mike Berry (Lt. Col. USMCR) and his “troops” the resources necessary to continue to fight for religious freedom for our brave military service members.