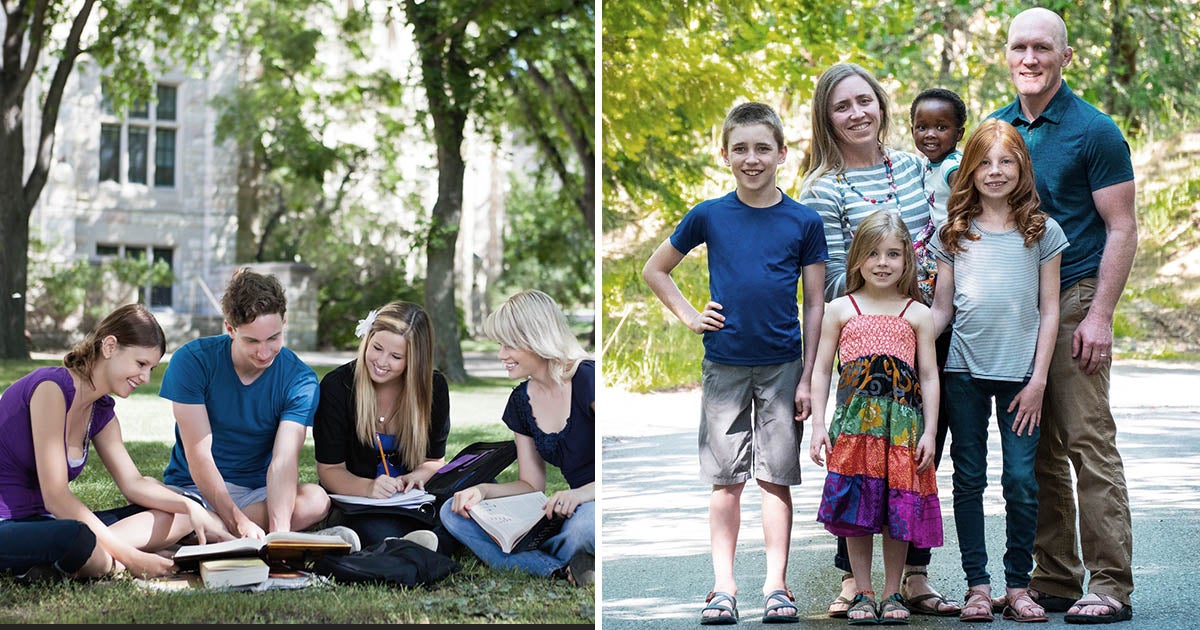 Religious liberty continues its winning streak. With victories for America’s first freedom emerging nationwide, people of faith are reclaiming their most cherished and fundamental God-given liberty. Today, we can once again live out our faith openly, freely and in many ways, we can do so fearlessly.

In this feature, we’re taking a look at a couple of recent federal court decisions that set more important precedents to protect the religious rights of students and faith-based adoption agencies.

Here is a short recap of two MORE moments of impact for religious liberty:

The first victory comes from Iowa, where a federal court ruled in favor of InterVarsity Christian Fellowship after University of Iowa officials discriminated against the faith-based group.

In June of 2018, the University of Iowa banned InterVarsity Christian Fellowship and several other religious groups from the school because they required their leaders to ascribe to Christian beliefs. In particular, the university limited InterVarsity’s access to campus after being there for over 25 years, and even went so far as to freeze its bank account and shut down its website.

Federal district court judge Stephanie M. Rose ruled that a select group of university officials had “violated InterVarsity’s clearly established [constitutional] right to free speech.” These officials were held personally accountable for discriminating and imposing extra requirements against a faith-based group, while other non-religious groups were not required to comply with the same rules.

According to the court, these actions were evidence of viewpoint discrimination—which is illegal and unconstitutional. Or as Judge Rose succinctly phrased it, “The court does not know how a reasonable person could have concluded this was acceptable…”

In the hypersensitive climate that pervades in colleges, universities and in culture today, people of faith are often among the first ones to bear the burden of censorship. Thankfully, this recent decision is an important religious liberty victory for students across the country. It sends a message to higher education officials to act and encourage an open, diverse and intellectually engaging environment consistent with the principles found in our First Amendment.

In Michigan, religious freedom prevailed when another federal court ruled in favor of faith-based adoption agency, St. Vincent Catholic Charities. Thanks to the efforts of our allies at the Becket Fund for Religious Liberty, the court ruled that Michigan’s Attorney General discriminated against and wrongly used the law to cancel St. Vincent’s contract with the state because of their religious beliefs.

Like hundreds of similar agencies throughout the country, St. Vincent chooses not to provide services that are in conflict their faith. Because it holds to the sincere belief that marriage is between one man and one woman, St. Vincent politely declined to certify same-sex couples for adoption through their agency. To comply with state requirements, they took the deliberate step to refer those cases to agencies that do not have a religious confession preventing an honest evaluation and recommendation.

District judge Robert Jonker stated clearly that the attempt to cancel St. Vincent’s contract “strongly suggests the state’s real goal is not to promote non-discriminatory child placements, but to stamp out St. Vincent’s religious belief and replace it with the state’s own.”

In other words, mandating St. Vincent to place of foster children with same-sex couple was a constitutional violation because the agency “would have to subordinate its religious beliefs to the State-mandated orthodoxy.”

This ruling is yet another critical, precedent-setting victory for religious liberty. It is especially meaningful for faith-based adoption agencies, as they will continue to be able to operate according to their religious beliefs and partner with the state to ensure foster children are promptly placed with stellar adoptive families.

The historic legal achievements we’ve had in the last year thanks to your support, complemented by significant victories like the ones above, are giving people of faith more religious freedom than they’ve had in nearly 50 years. Thanks to these important legal decisions, our nation is returning to the Constitution and restoring the original intent of the First Amendment.