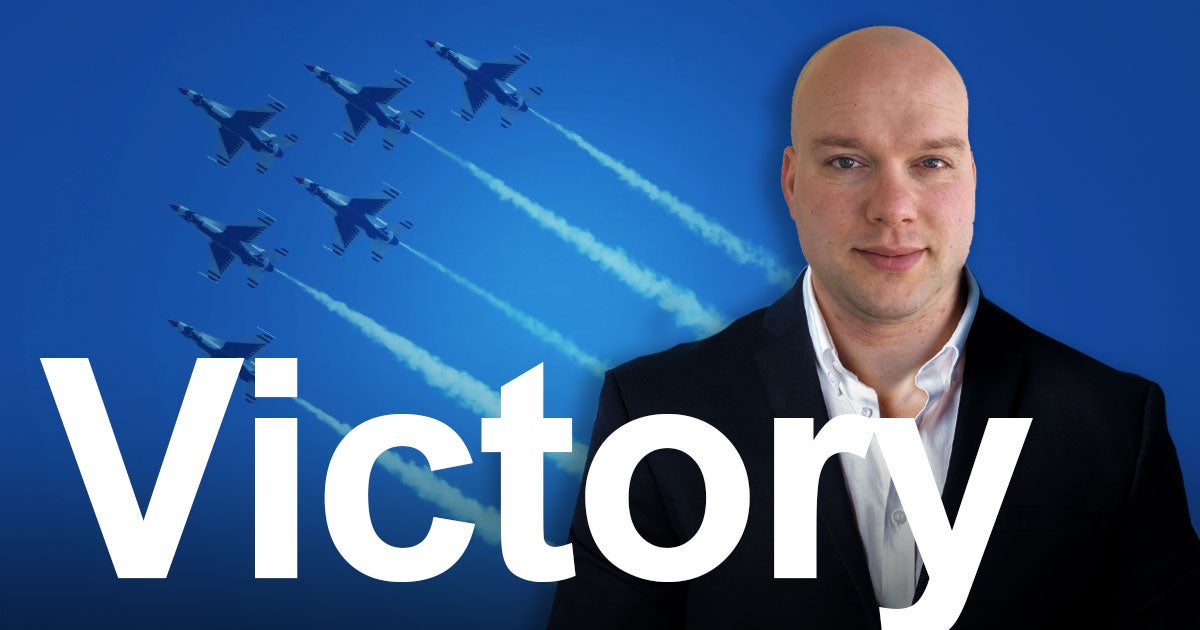 On June 24, the U.S. Navy issued an order banning troops from attending indoor religious services, while permitting indoor social gatherings and even participation in protests. For Major Schultz, this severe restriction put him in the position of possibly being court-martialed for attending the church where he leads worship.

First Liberty responded to the Navy’s discriminatory policy by sending a letter on behalf of Major Schultz, asking for accommodation so that he could attend church.

The updated policy clarifies that service members are allowed to attend places of worship “where attendees are able to appropriately apply COVID-19 transmission measures, specifically social distancing and use of face covering.” It directs commanders to “incorporate this clarification allowing attendance at religious services where COVID-19 mitigation measures may be appropriately applied.”

Not only is this great news for Major Schultz, it’s also a major victory for the Constitution and for religious freedom within our military. The updated policy means tens of thousands of our brave service members will be able to safely and freely practice their religious beliefs.

From our Founders to our present leaders, our nation has always taken deliberate steps to meet the spiritual needs of our military heroes.

Learn more about the rich history of religious freedom in our armed forces.

Get Your FREE Digital Copy of Faith & Freedom: Force Multipliers in America’s Military

While we celebrate this victory, what happened to Major Schultz is just one of many pervasive, ongoing acts of anti-faith hostility against our military service members, and a blatant disregard for their constitutional rights.

There’s still a rogue faction of military officials who vehemently oppose faith. And they continue to defy the orders of the Commander-in-Chief, as President Trump previously issued an executive order to protect religious liberty across all federal agencies, including the Department of Defense (DOD). What’s more, the President made it clear recently that houses of worship and religious services are essential in America.

Some in the DOD aren’t getting the memo that protecting religious freedom for service members is not optional—it’s an order.

The fact remains, this battle may be won, but the bigger war is far from over. The intensity of attacks against military service members who live out their faith is at an all-time high. And no one appears to be safe from the All Out assault—not a decorated WWII veteran whose family Bible is displayed at a local VA facility…not a faith-based business who’s brought encouragement and strength to our troops for 2 decades with religious replica dog tags…not even decorated chaplains with decades of outstanding service.

Shockingly, these are all real cases First Liberty is having to fight in order to reclaim religious freedom for those who have served in America’s military.

Even as our brave military heroes have stood strong and been faithful to their duty during this unprecedented health crisis, outside, radical groups like the deceptively-named Military Religious Freedom Foundation and even some officials in the military are exploiting this vulnerable moment to see how far they can push religion out of the DOD.

But the disguise of their discriminatory actions will not stand; not on our watch. There are no exceptions in the First Amendment when it comes to “crises” and “pandemics.”  The Constitution’s protection of religious liberty is not “suspended” in times of crisis—and that also means service members have a right to live out their faith and attend a religious service.

The right to freely practice one’s religion is perhaps most essential for those in uniform and is often the driving force behind their willingness to serve. For many, their faith is a source of strength, courage and hope when they’re on the frontlines of war. To deny a military service member this unalienable right runs contrary to the foundations of our republic and ignores the pivotal role that faith has played in our military since our nation’s inception.

At this crucial moment for our country, America’s military service members need our support more than ever to reclaim their religious freedom. But First Liberty can only keep fighting—and winning—with YOUR support.

Donate today and become a Force Multiplier to reclaim faith and religious freedom for our military heroes.