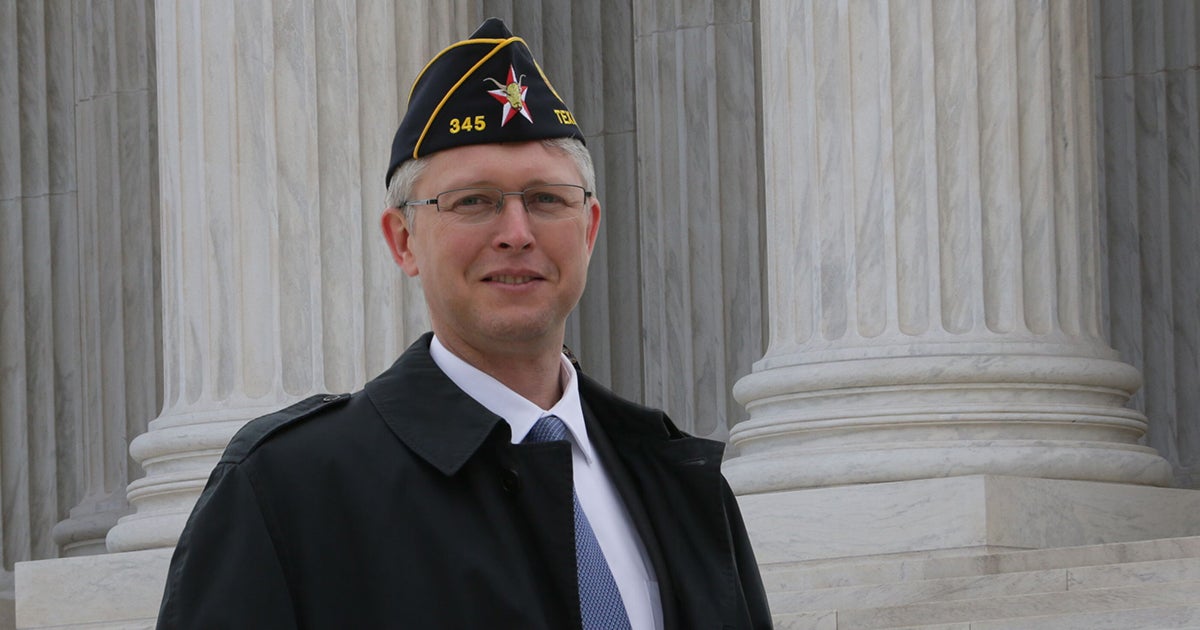 Before serving as Senior Counsel for First Liberty Institute, Roger Byron graduated from the U.S. Naval Academy and served in the Navy for six years as a Surface Warfare Officer. Tasked with maintaining and operating naval ships, including their crews and their systems, these officers, like Roger, are the backbone of naval fleet leadership.

Recently, we sat down with Roger to talk about his service, including the moment he found out about the September 11 attacks while aboard the USS Portland. We also get his insights on why defending religious freedom for service members is more critical now than ever before.

Q: What inspired you to serve in the military?

My desire was to fly aircraft for the Navy. So, it looked like the Naval Academy was a good way to go. The school had a really good reputation, and I was interested in the program and the overall experience.

Q: Tell us about a pivotal or life-changing moment from your time in the Navy.

My second tour was on an amphibious platform. Our primary mission was to transport and land U.S. Marines who were embarked on our ship. We would do exercises and training for amphibious landings.

One night, I saw a group of Marines preparing to debark our ship and land on a fairly risky area. I was in my early twenties then, and I saw how young they were. Some of these guys were younger than me. It was the first time that I was able to put a human face on a group of volunteer troops leaving a safe place and heading to a place they may never come back from. I’ve never forgotten the looks on their faces. Every time these guys go out, it’s somebody’s brother, somebody’s son, or somebody’s dad.

Q: You were in the military until 2004. So you were still serving at the time of the 9/11 attacks, is that correct?

Yes, I was aboard the USS Portland. We were in port in Little Creek, Virginia. We were having a meeting when one of the officers burst in. He said there had been an explosion, or an attack on the Twin Towers — I don’t remember exactly what he said. We had a television and we turned it on just in time to see second plane hit.

Things changed pretty drastically then. My military service would no longer be the same. It became a lot more difficult in terms of the amount of security that we had to provide with the same number of men. We also had to take additional precautions.

Everything changed that day.

A member of The American Legion, Roger was a key member of the legal team that worked on the Bladensburg WWI Veterans Memorial case. Learn more about Roger’s story.

Q: Has your military background influenced the way you approach your work as an attorney?

The service, particularly service as an officer, really instills in anyone that does it a sense of urgency and it teaches you to be detail-oriented. Military service sharpens your ability to see what needs to be done, how to effectively mobilize resources and plan for the successful accomplishment of a mission.

In the service, there are people from all kinds of nations and backgrounds and ethnicities and beliefs, and lack of beliefs. You have to learn to work with all kinds of different people, in very demanding and very stressful situations. That can be helpful in almost anything. It’s certainly helpful in the practice of law.

Q: As a veteran, an attorney, and a father, what’s the most important thing about religious freedom that you want the next generation to know?

Q: What else do you want readers to know about your military service, or religious freedom?

I would like to convey the debt we owe to our service members, particularly those that have served since the 9/11 attacks, many of whom have been deployed in full wartime deployments again and again. Any time we’re sitting here in a comfortable place in the United States we must know there are an incredible number of people who are on watch for us.

Military service, particularly on deployment, is a very difficult life. We owe a very large debt to those that have taken on that particular burden. We should support them and provide for them in any way we can, including safeguarding their religious freedom while they’re in uniform.