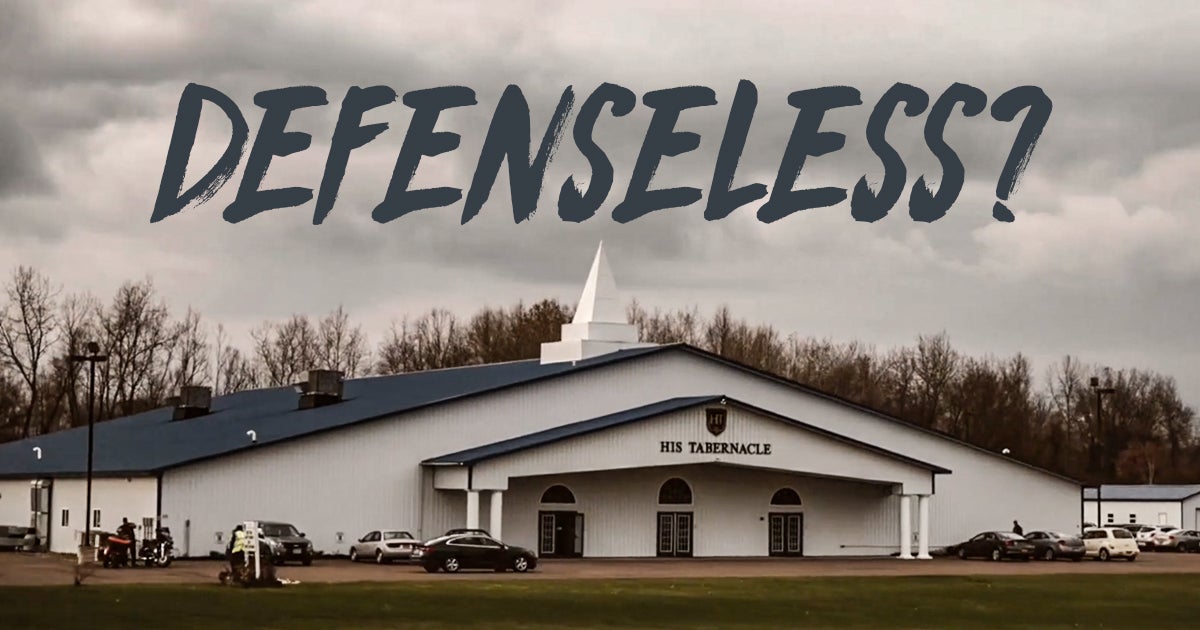 First Liberty and law firm Clement & Murphy recently filed a federal lawsuit against the state of New York challenging the prohibition on firearms at houses of worship. The suit was filed on behalf of His Tabernacle Family Church, a nondenominational Christian congregation in Horseheads, New York, founded by Pastor Micheal Spencer.

In late 2020, the Supreme Court issued its opinion in Roman Catholic Diocese of Brooklyn v. Cuomo, chiding New York for singling out religious groups for especially harsh occupancy restrictions. And in June 2022, the Court’s opinion in New York State Rifle & Pistol Association v. Bruen, invalidated New York’s tight limits on the freedom to carry a firearm outside the home.

Just days after Bruen, New York enacted expansive new laws restricting the carrying of firearms outside the home, including a total ban on carrying in houses of worship. New York now imposes criminal liability on any person who carries a firearm into a place of worship regardless whether that person possesses a license to carry under New York law, and regardless whether the religious community would prefer to authorize congregants to carry firearms. Secular business owners, by contrast, are allowed to choose for themselves whether to allow firearms on their premises.

Our lawsuit argues that the Supreme Court’s decisions “should have taught New York to proceed with extreme caution where First or Second Amendment rights are at stake going forward.” However, the state persisted in violating two fundamental constitutional freedoms:

“Instead, the state recently doubled down on its rights-denying tendencies—by infringing two fundamental liberties at the same time. New York now puts houses of worship and religious adherents to an impossible choice: forfeit your First Amendment right to religious worship or forfeit your Second Amendment right to bear arms for self-defense…New York’s attempt to force houses of worship and their parishioners to choose between their First Amendment rights and their Second—an outlier policy shared by no other state in the Nation—stands as an act of defiance to the Supreme Court’s recent and emphatic holdings protecting both.”

If New York’s law remains in effect, it would mean a total ban on firearms at places of worship, while allowing comparable secular organizations to establish their own policies. Under this law, Home Depot or the local diner can decide whether to allow patrons to protect themselves, but churches and pastors cannot.

“Singling out houses of worship for total disarmament demonstrates hostility toward religion, leaves them defenseless to rebuff violent attacks, and defies at least two recent Supreme Court rulings against New York. Religious leaders are no less qualified than secular business owners to determine whether to allow carrying a firearm for self-defense, and New York should end its defiant assault on First and Second Amendment freedoms.”

New York’s law not only violates constitutional protections for the free exercise of religion and the right to bear arms in self-defense. Its prohibition on churches making their own decisions about firearms is inconsistent with America’s historical tradition of protecting an individual’s right to carry a firearm for self-defense outside the home. Consider, for example:

The Father of our Country, George Washington, once said, “A free people ought…to be armed.” New York, however, appears intent on disarming its citizens, especially those who sit in the pews or go to synagogue, at a time when violence against people of faith is increasing.

No American should be forced to sacrifice one constitutionally protected freedom to enjoy another. Houses of worship have a constitutionally protected freedom to decide for themselves whether to allow otherwise legally possessed firearms into their facilities. The First Amendment protects houses of worship from exactly the kind of government overreach evident in New York’s law.