No Americans Ever Saw a Year Like 2015. So What Are We Going to Do? 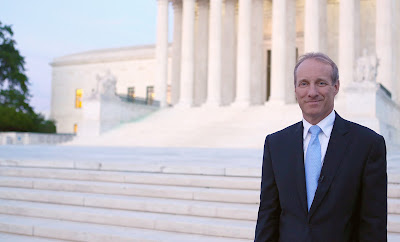 As a Liberty Watch subscriber and reader, you’re someone with a special insight into the critical question that will define the future of our nation:

Will we remain “one nation, under God,” a nation whose national motto “In God We Trust” continues to describe our best aspirations? Or will we descend into spiritual sterility, with the unraveling of our social fabric and moral strength?

Because you read Liberty Watch and pay attention to the work of First Liberty Institute, you understand that America is at a crossroads—a point where we will either preserve or lose our religious liberty. So I wanted to briefly write to you about three key issues:

1)    Why 2015 was the most hostile year to religious freedom in our nation’s history.

2)   Why the severe tests of 2015 only set the stage for the greater tests our religious freedom faces in 2016.

3)   Something you personally can do to help influence the outcome.

2015 MOST HOSTILE YEAR FOR FREEDOM TO BELIEVE

In 2015, you lived through something no generation of Americans before you experienced: the most hostile year to religion and religious freedom in our 239 years as a country.

In 1776 we began with an official governmental declaration that there was a “Creator” who had endowed us with “unalienable rights,” and a little over a decade later we enshrined a Constitution whose first liberty in the First Amendment guaranteed “free exercise” of religion.

In that light, consider what you, your country and religious freedom endured in 2015:

That list is just a sample from 2015. This coming February, First Liberty Institute will release our annual survey of religious hostility in America. UNDENIABLE 2016 will be given to Members of Congress and key national leaders (and, of course, available to you) as an alarm bell to warn of the growing danger.

THESE ATTACKS SET THE STAGE FOR 2016

2015 told us that the conflict for religious freedom in America has escalated into a new phase. At the end of this phase, we will either have a “new birth of freedom,” to borrow a phrase from Lincoln, or we will have a new America where religious freedom is driven into the shadows.

Our opposition understands this.

A powerful fundraising activist for so-called “sexual freedom” causes, Tim Sweeney, advocates a goal of removing religious liberty as a legal defense against the radical sexual agenda within “two to three years.”

That would be a sweeping and devastating result.

On the other hand, Sweeney also affirms that if radicals do not succeed in redefining religious freedom into irrelevancy within two to three years, then their grand attempt may have failed, and religious liberty will prevail.

I agree. In every sector of society where First Liberty Institute attorneys are contending for religious freedom, America is reaching “forks in the road” leading either to freedom or freedom’s loss.

HOW CAN YOU PERSONALLY MAKE A DIFFERENCE?

This is a historic, generational struggle, and you have a personal role to play. What the Founders established, you can help save.

FIRST, pray. The recent “prayer shamers” are dead wrong. Prayer isn’t “doing nothing.” Prayer is hard work and accomplishes much. So pray specifically for the protection and restoration of religious liberty in America.

SECOND, inform others of their religious rights and encourage them to stand up for them. Help open the eyes of students and teachers, employer and employees, members of the military, government officials, pastors, church members, ministry leaders, and more. Simply use Liberty Institute’s online and printed Religious Liberty Protection Kits. These are a crucial resource for every American, and I encourage you to spread them far and wide.

THIRD, please give a generous donation to Liberty Institute’s 2015 Year-End Fund Drive to help us reach our $2.1 million goal by December 31. We started needing $3.2 million, and many friends have responded with encouraging vision and enthusiasm! But we have a long way to go, so please go online now and give generously toward our goal.

What will your 2015 Year-End Fund Drive gift accomplish?

You will be investing in victory. Your gift will help us accept and win more cases in 2016.  These will be strategic, precedent-setting legal victories that not only help victims we defend, but have ripple effects to protect countless others!

First Liberty Institute—with a six-point response plan to the Supreme Court’s same-sex marriage decision—won key cases in this new battlefield protecting religious viewpoints on marriage. But we have many more cases in this area, including at least one case we believe could become a historic Supreme Court test.

First Liberty Institute won the case of Chaplain Wes Modder—saving his career and perhaps the religious freedom of the entire military chaplaincy in this key test. But we’re already fighting other test case that could go to the U.S. Supreme Court: a U.S. Marine court-martialed for putting a Bible verse on her computer monitor.

We are fighting to reverse the punishment of football coach Joe Kennedy—and our legal defense has caused a national outcry. Again, we believe this case could eventually go to the U.S. Supreme Court.

In 2015 we won for a student denied her right to include a Bible verse in a class assignment. We won for the nationally historic Mt. Soledad Veterans Memorial Cross. We won for a pro-life crisis pregnancy center’s right to exist.

Game-changing cases like these are why I hope you will pray, inform others, and help us make our $2.1 Million 2015 Year-End Fund Drive goal.

Requests for our legal help have escalated 400% since June. But our win rate continues at over 90 percent.

Finally, let me caution you not to wait for the 2016 elections to save religious liberty. Elections are important. But a new president won’t be sworn in until January 2017, and won’t be appointing judges until month and years afterwards. But critical, precedent-setting cases will be won or lost in 2016. Freedom can’t wait. So your online help today will is critical to hold the line for future generations.