No Bureaucrat Bullies! First Liberty Gets the Win for Alaska Attorney and Homeless Shelter 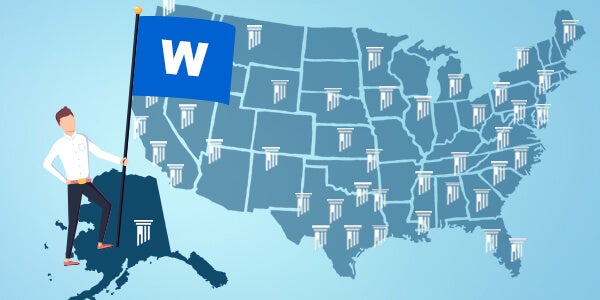 The right to legal counsel is a hallmark of the American republic.

And here at First Liberty, our attorneys are making sure that unelected government bureaucrats do not interfere with that fundamental right.

After all, we know a thing or two about successfully representing Americans, especially when it comes to defending a client whose religious liberty is under attack. And we continue to get impressive results.

Case in point: our attorneys recently secured a key victory for Alaska lawyer Kevin Clarkson, from the Anchorage law firm Brena, Bell & Clarkson. His firm represented a religiously-affiliated shelter for battered and homeless women known as the Downtown Hope Center that has come under attack by Alaska bureaucrats.

Are your First Amendment rights under attack?
Get legal help from our expert team!

The Downtown Hope Center was accused by the Anchorage Equal Rights Commission (AERC) of violating Anchorage’s non-discrimination policy by turning down a male self-identifying as female from residing at its battered women facility. When Clarkson responded to local media inquiries about the case, pointing out that battered women did not want a man in their facility with them, the AERC charged Clarkson’s firm with violations of local speech ordinances, forcing him to withdraw from representation.

After intervening on Clarkson’s behalf, our attorneys ensured that the AERC dropped all charges against him and his law firm, as well as any charges against the shelter based on his statements.

“Our legal system is premised on the idea that everyone has legal rights and that the government must afford them a full and fair opportunity to defend themselves. We are grateful that the AERC abandoned these baseless charges.”

As First Liberty’s legal team leads the fight for religious liberty – restoring and defending the constitutional rights of Americans from coast to coast – we can say with deep conviction:

No attorney should be discriminated against or harassed by the government for zealously advocating for their client.