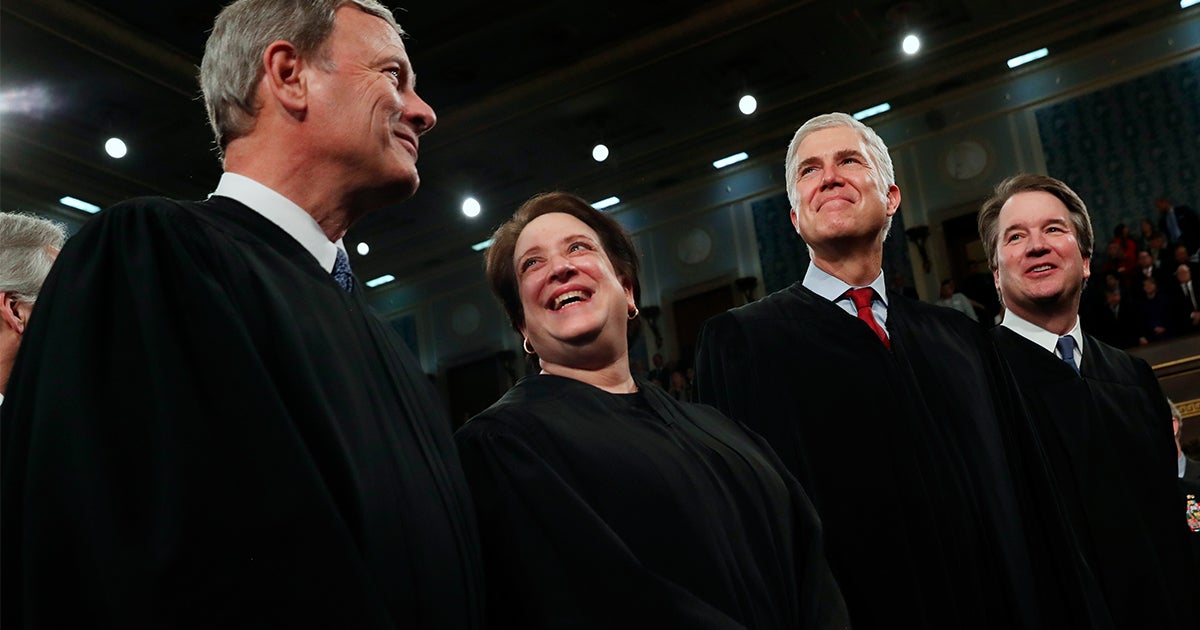 Supreme Court Justice Sonia Sotomayor recently spoke highly of fellow Justice Clarence Thomas, saying, “He is a man who cares deeply about the court as an institution.”

Though strongly differing in judicial philosophies with Justice Thomas, Justice Sotomayor acknowledged that “we share a common understanding about people and kindness towards them.”

Despite the media’s efforts to paint a caricature of the highest Court as broken and divided along partisan lines, this is proof that there is congeniality among the members of the Supreme Court, even when members adamantly disagree.

In his latest book, Saving Nine: The Fight Against the Left’s Audacious Plan to Pack the Supreme Court and Destroy American Liberty, Sen. Mike Lee explains that many Americans’ perceptions of the Court are largely incorrect:

“You might imagine the justices fighting with each other late into the night, leaning over the conference table to hurl insults (or at least politically and emotionally charged comments) at one another—with those justices appointed by Republican presidents on one side of the table (and each controverse), and those appointed by Democrats on the other. Mercifully, those impressions of the Court, while held by many, are wildly inaccurate.”

For much of its history, the Court has decided cases unanimously far more often than closely divided decisions, contrary to popular belief. In 2016, for example, the Court decided an unusually large number of politically charged cases. More than half were ultimately decided by unanimous votes. In those cases, there were no dissents. Everyone agreed.

In its previous term that ended in June 2021, the Court also heard an abnormally large number of controversial issues. It was also the first term after the confirmation of Justice Amy Coney Barrett. Opponents claimed the Court would degenerate into a partisan institution because it would have a solid conservative majority for the first time in nearly a century. But the rate of unanimous decisions actually went up. An ABC News report found that the Court had handed down more unanimous opinions than it had in the past seven years.

Although the Court frequently decides a majority of cases unanimously, radicals argue that it’s bitterly divided along ideological lines. What’s more, they claim that it has been “stolen” or “broken” because of the appointment of the three most recent Justices (Gorsuch, Kavanaugh, and Barrett). They often use this falsehood to justify packing the Court with liberal justices.

Court packing or court “reform” is not the solution to a “broken” Supreme Court…because it’s not broken. The Supreme Court has had the same number of seats since 1869—for more than 150 years it’s had nine members. Packing the Court will not make it any less partisan or politicized. On the contrary, it will only make the Court more dependent on political or electoral results.

In another display of unanimity, conservative and liberal justices agree that court-packing is not a good idea. The late Justice Ruth Bader Ginsberg—one of the Court’s liberals—stated:

“Nine seems to be a good number. It’s been that way for a long time…I have heard that there are some people on the Democratic side who would like to increase the number of judges. I think that was a bad idea when President Franklin Delano Roosevelt tried to pack the court.”

Justice Ginsberg, however, was not the only one who spoke out against court-packing.

Justice Thomas has warned that court-packing is dangerous to the integrity of the Court and threatens to destroy core institutions of our republic:

Echoing Justice Thomas, Justice Breyer, a retiring liberal on the court, warned that court-packing would erode confidence in the judiciary:

Make no mistake: If court-packing is implemented, the result could be catastrophic for our country. The Left’s court “reform” scheme could be the gateway to tyranny. It would end the legitimacy of the U.S. Supreme Court, destroy our Constitution’s founding principle of separation of powers, erode all public confidence in future court rulings and—worst of all—eradicate our cherished rights and freedoms, including religious liberty.