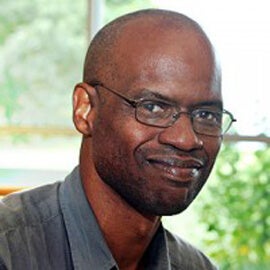 To many, The Georgia Department of Public Health’s (DPH) decision to fire First Liberty client Dr. Eric Walsh for what he preached in his sermons as a lay minister came as a sudden shock.

But according to sociology expert, author, and University of North Texas Professor George Yancey, such religious discrimination will only increase in quantity and severity if those responsible for firing Walsh don’t reap legal consequences now.

“When the government sanctions a person for what they do in church, then we are in dangerous territory,” he wrote, “coming close to government determining what is an acceptable religious belief and what is not.”

HOW DID WE GET HERE?

Speaking exclusively with First Liberty in a follow-up interview, Yancey said the hostility toward Walsh’s beliefs was nothing new or sudden. But the decision to terminate his employment for something he said in a sermon was a “scary situation” and a “unique step”—one that Georgia DPH officials felt free to take.

Why did they feel free to discriminate against Walsh on the basis of his religion? A lack of consequences, Yancey says.

But according to Yancey, that’s just human nature. If people get away with mistreating those they don’t like over and over without facing any repercussions, they won’t stop.

“We’ll just have to see whether this is the stopping point,” Yancey said of Walsh’s case, in which First Liberty has filed a lawsuit against the Georgia DPH.

WHERE WILL WE DRAW THE LINE?

Defining that stopping point is the hard part, Yancey says.

Yancey says his social research reveals that even those hostile to the Christian religion have historically been supportive of Christians doing whatever they liked in their own churches.

But in Walsh’s case, government officials were perfectly comfortable asking for sermons he preached outside of work as an associate minister, using official time to scour those sermons, and ultimately fire Walsh for them.

“…[N]ow it’s not just freedom of religion but freedom of worship being opposed,” Yancey wrote.

This new brand of hostility, an apparent result of weak to no consequences, directs supporters of religious freedom to a key decision.

“The country has clearly changed, as far as culturally,” Yancey said. “The question at this point in history is, where are the lines drawn in respecting religious freedom”?

Yancey and colleague David Williamson surveyed several thousand Americans, finding that “those with an anti-Christian bias tend to have social power due to their education and income.”

In their book So Many Christians, So Few Lions, Yancey and Williamson concluded that people who demonstrate hostility toward religion “likely have enough social power to significantly affect the lives of Christians, particularly conservative Christians.” The case of Dr. Eric Walsh could be a confirmation of that disturbing thesis.

WHAT WILL HAPPEN IF WE DON’T DRAW THE LINE?

According to Yancey, when people are being mistreated and fired at work for something they said in a sermon, it’s time to say, “too far.”

Citing his research, Yancey asserts that, for change to take place, Americans who sit in the “middle” of the spectrum—not identifying as evangelical Christians or as secular—must also take a stand in support of freedom.

“If we allow…freedom of worship and religion…to erode,” Yancey said, “we’ll wake up one day and see our country and ask, ‘how did we get here? How did we get here that we are doing this? How did we become one of the countries that we used to rail against? That we are harassing people because of their religious beliefs?’”

“I think it’s important that we really say, ‘Okay, we’re in a new culture,’ but that doesn’t mean we throw away all of our old rights,” he added.

George Yancey is a professor of sociology at the University of North Texas. He is the author of several books including So Many Christians, So Few Lions, which looks at Christianophobia in the United States, and Compromising Scholarship, a book systematically documenting political and religious bias in academia. He also has academic expertise in racial identity, multiracial churches and interracial romance. He is currently working to establish the first Christian Studies program at a nonsectarian university.